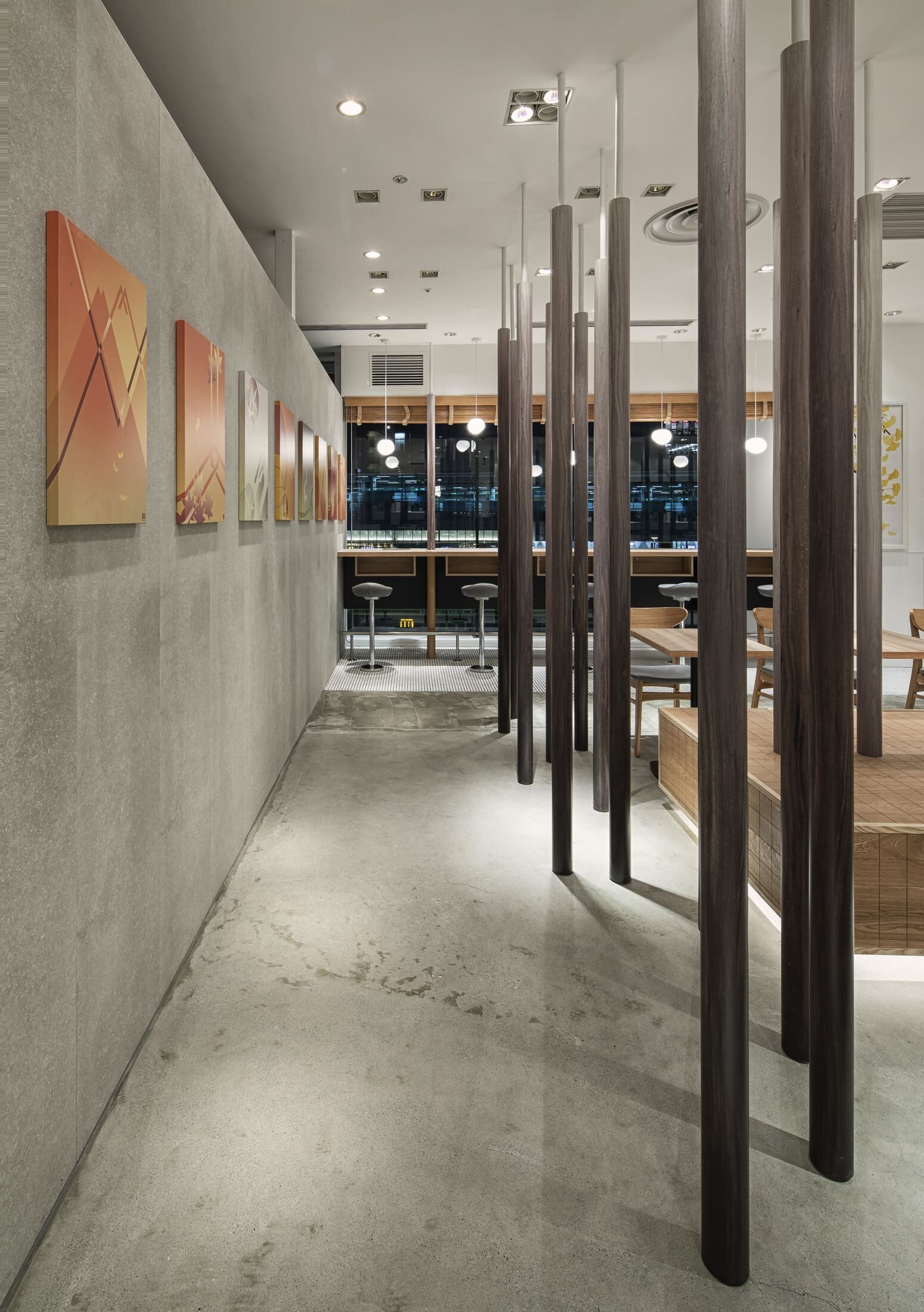 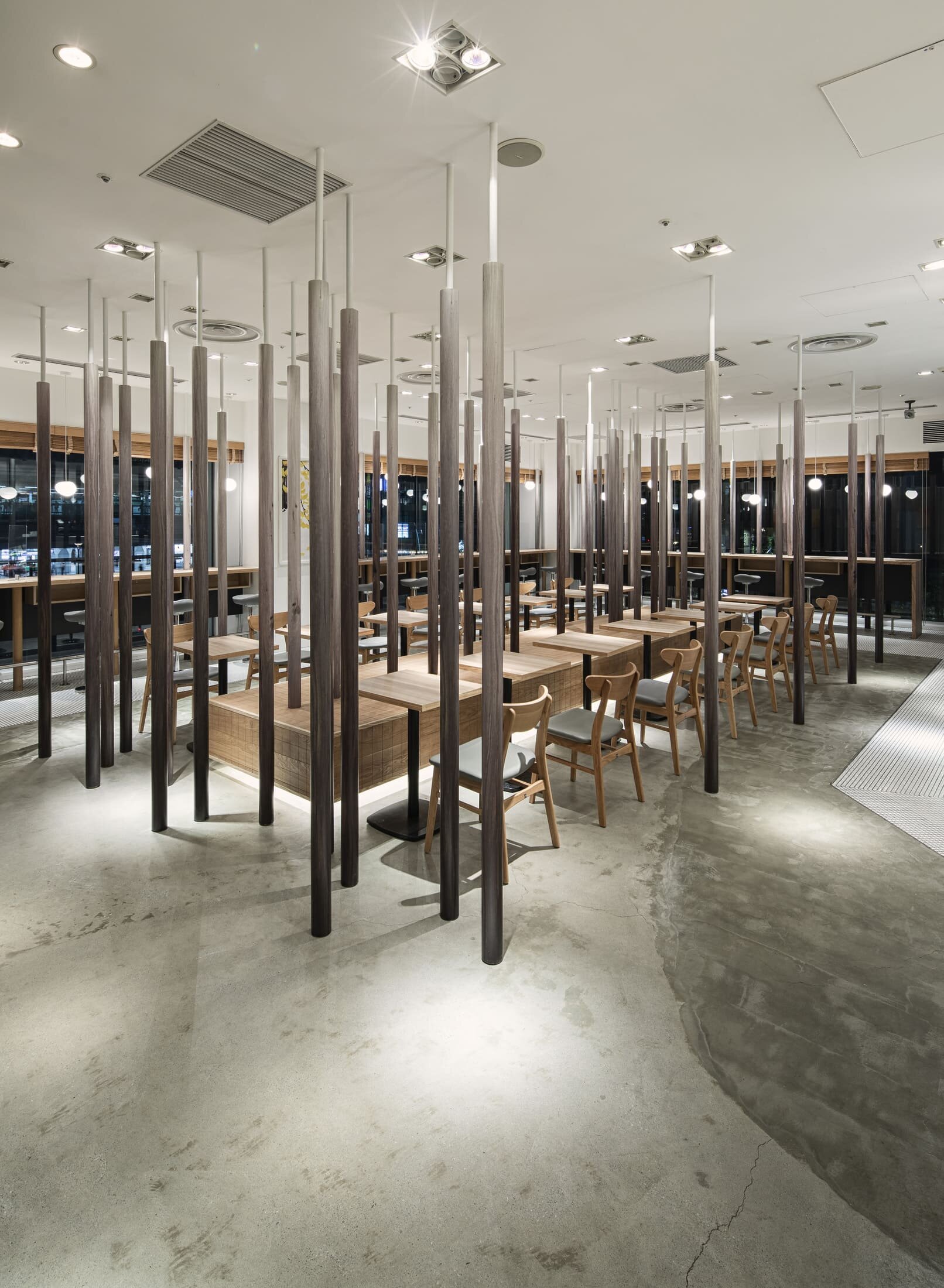 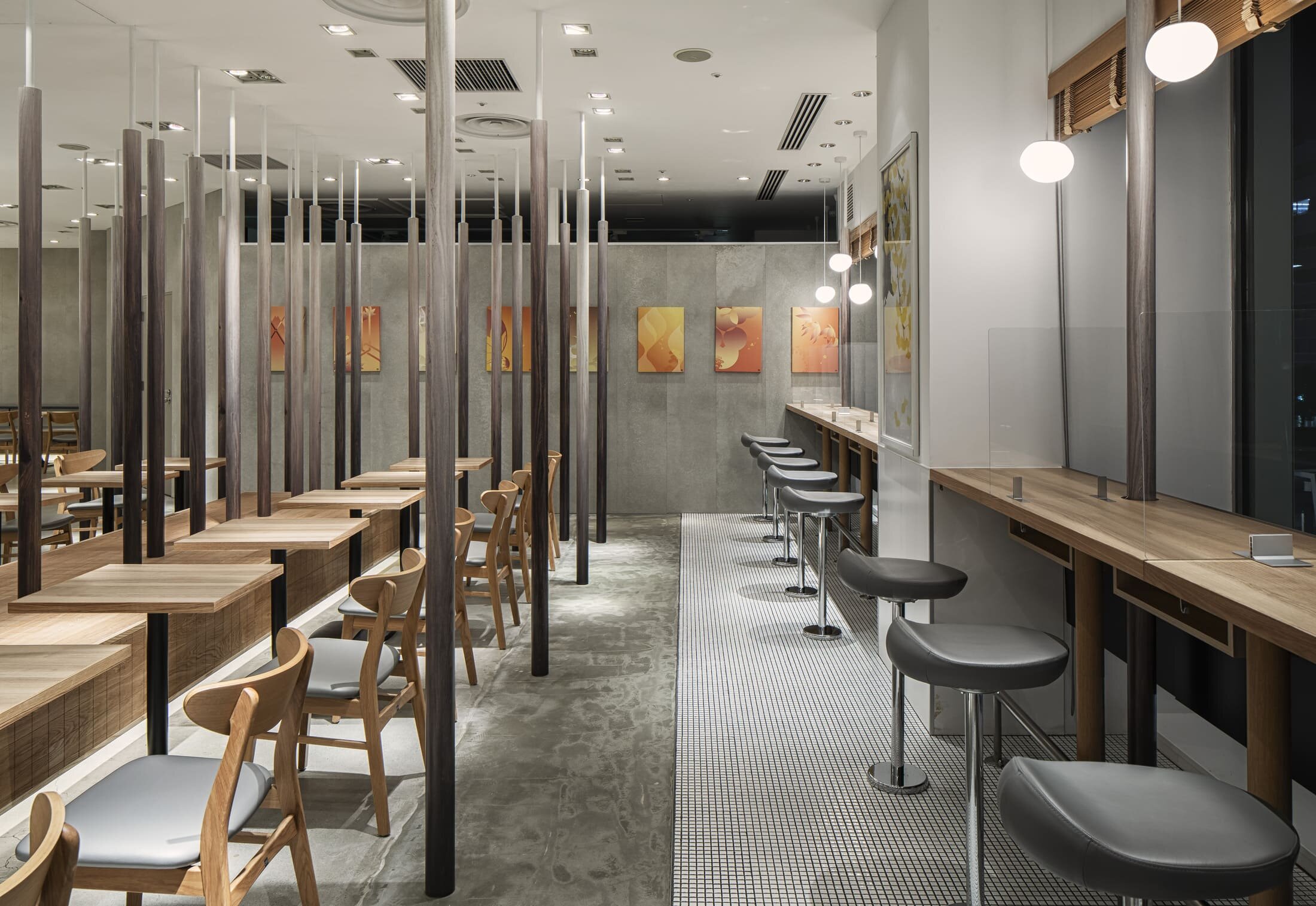 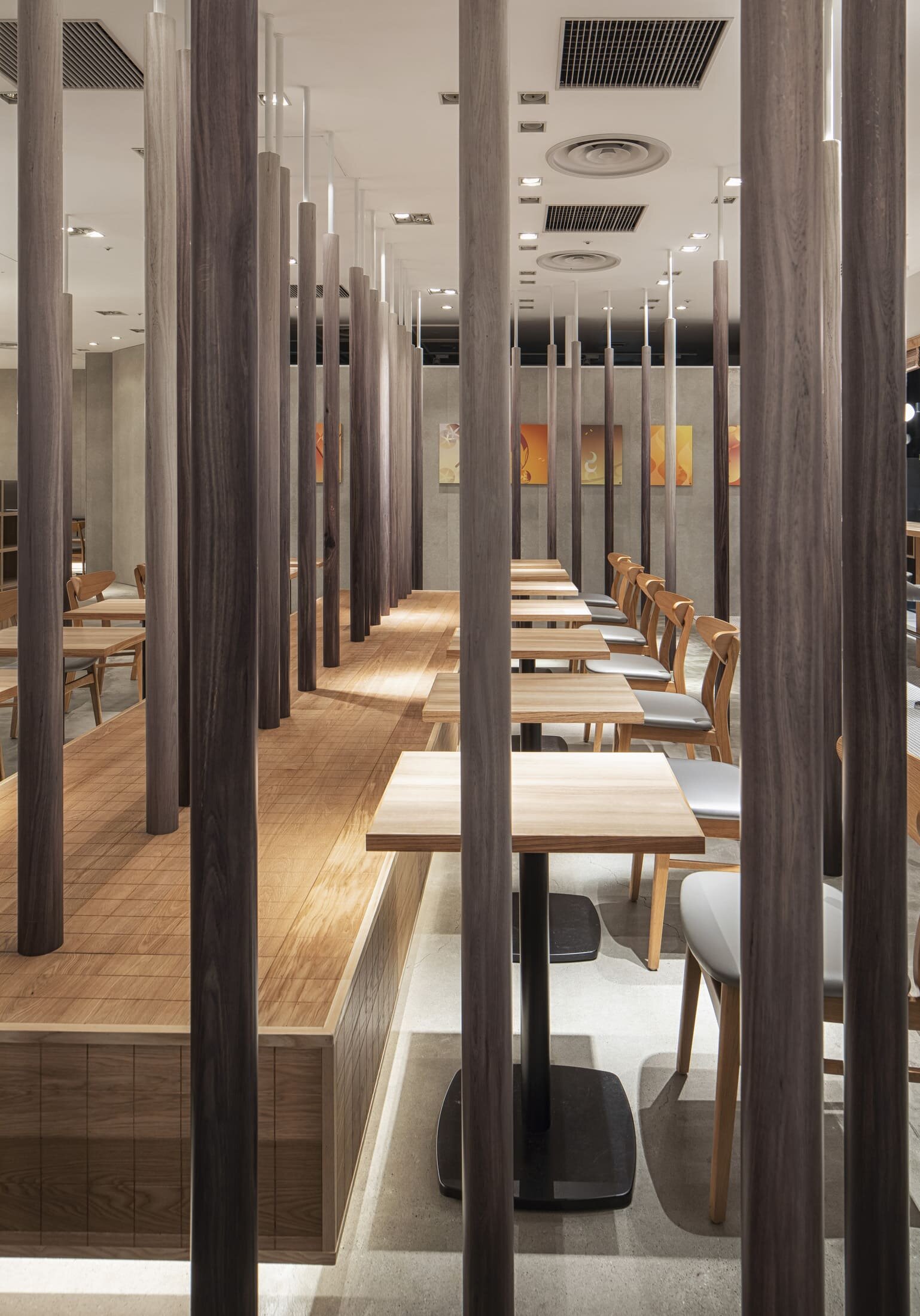 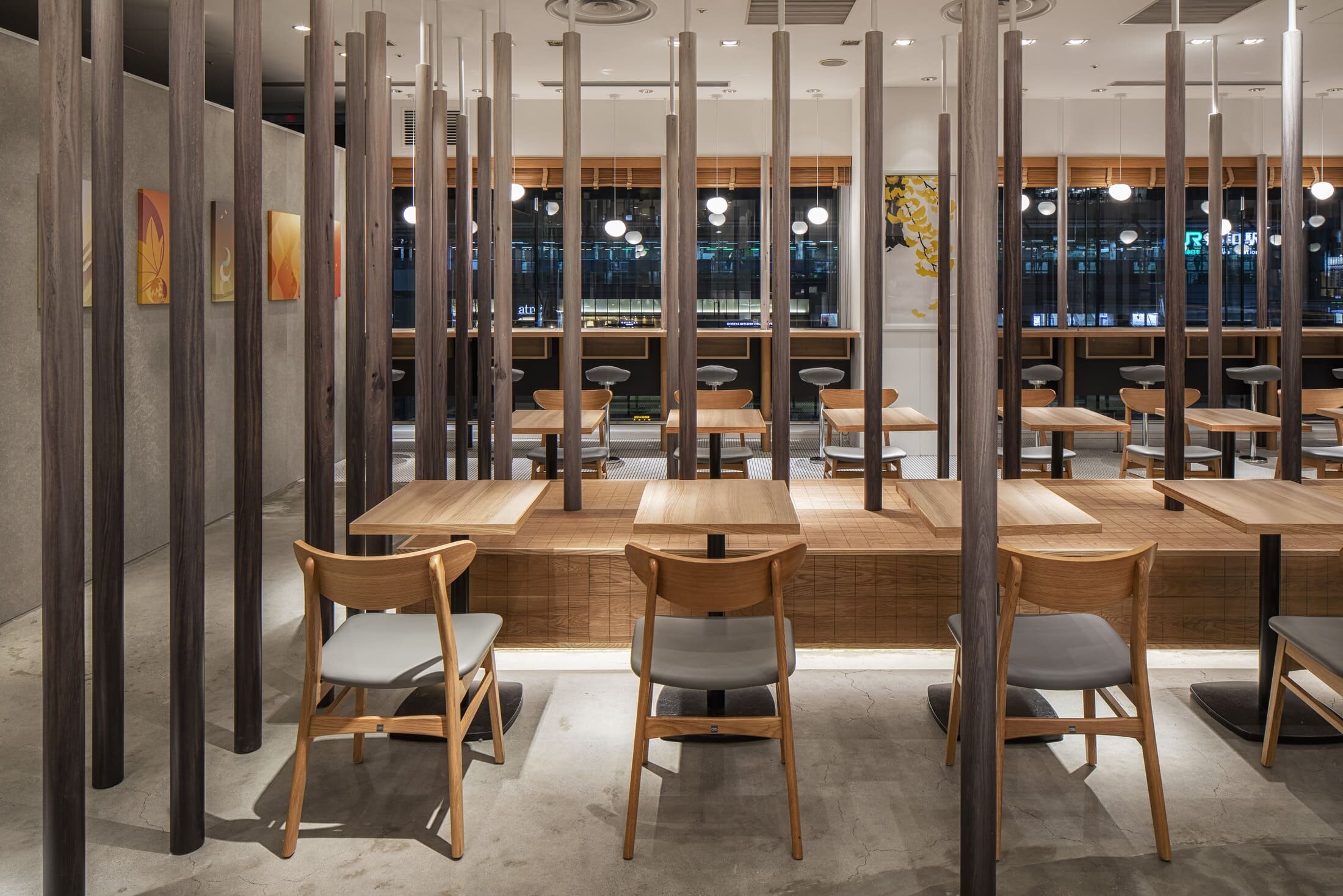 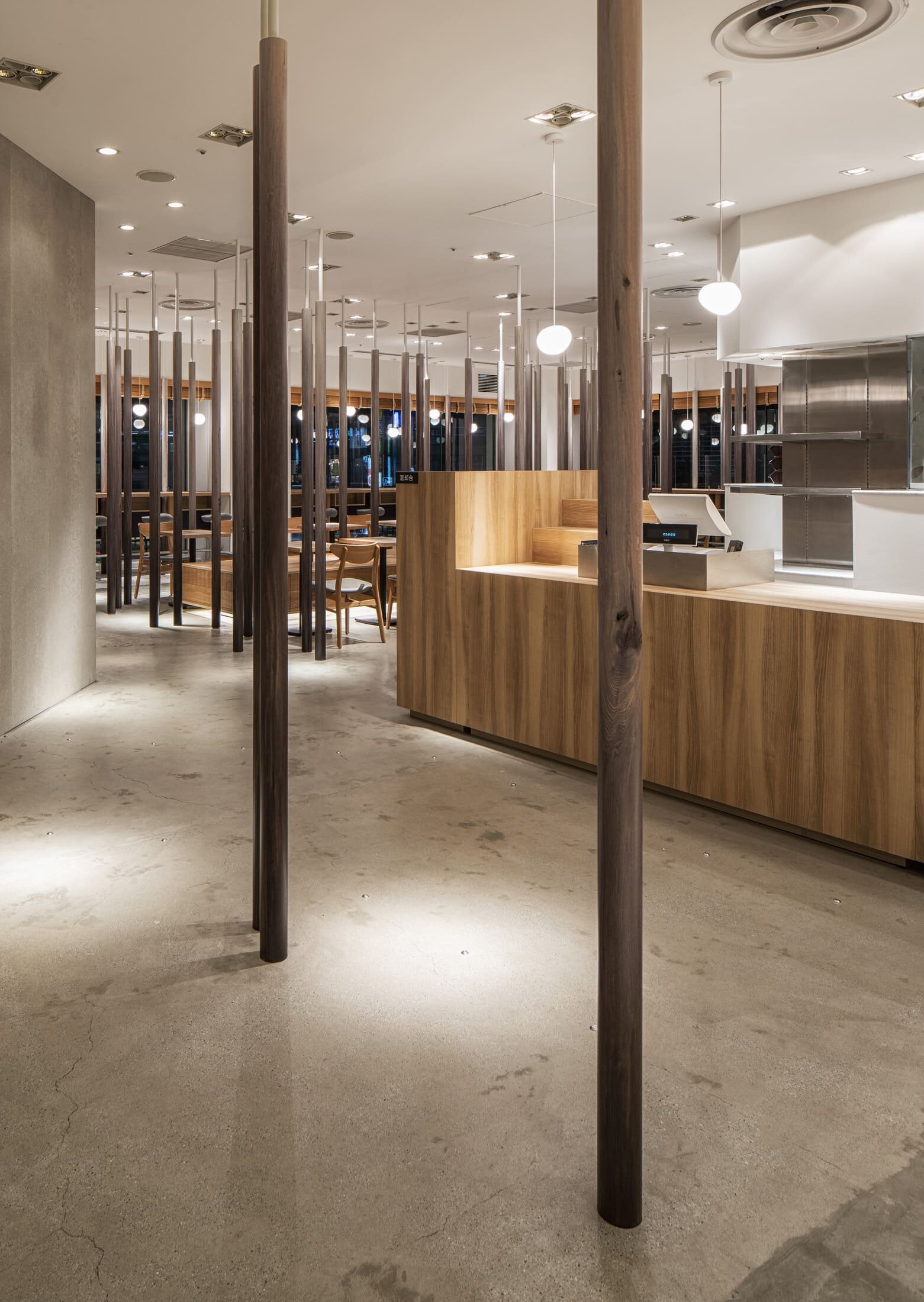 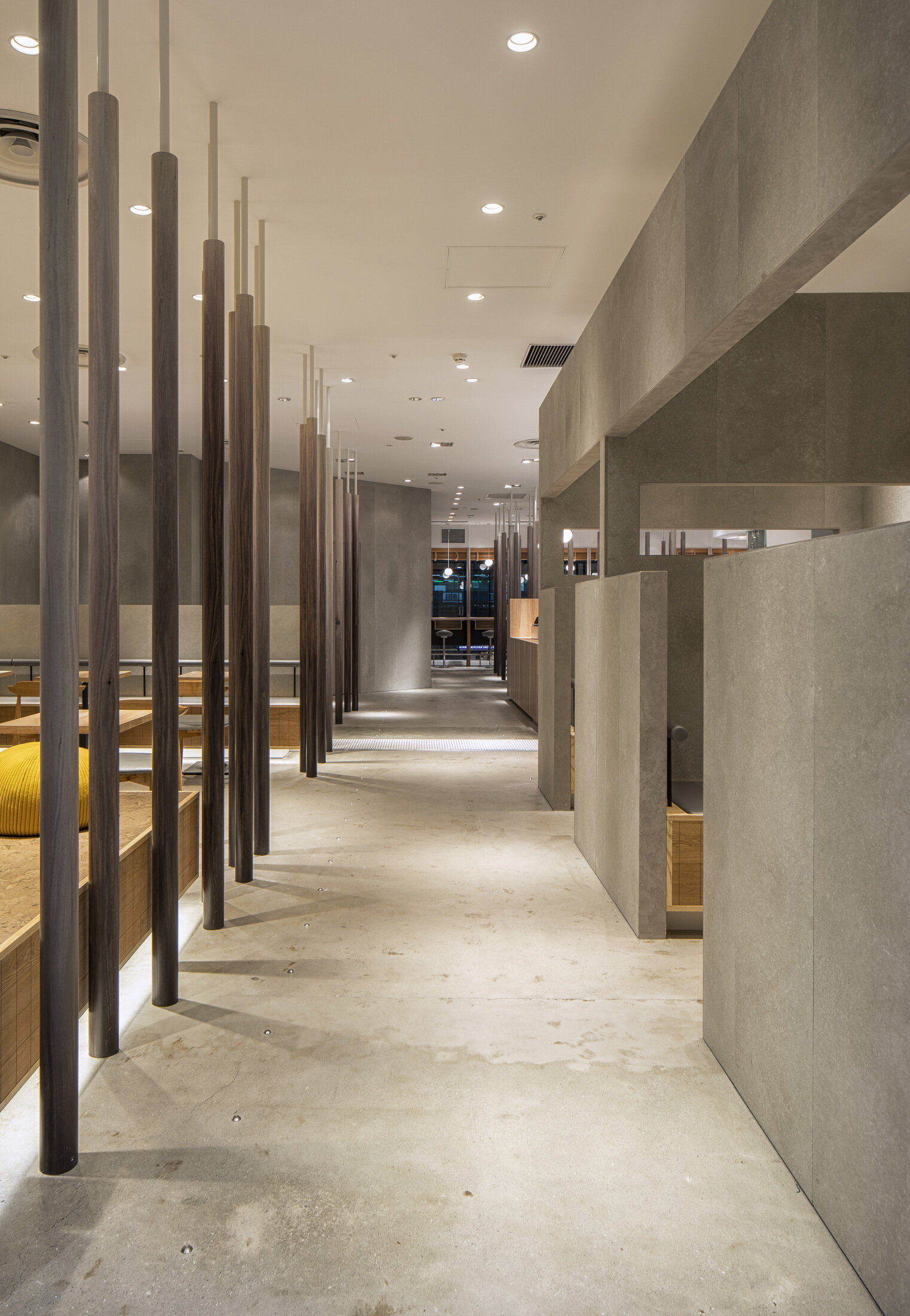 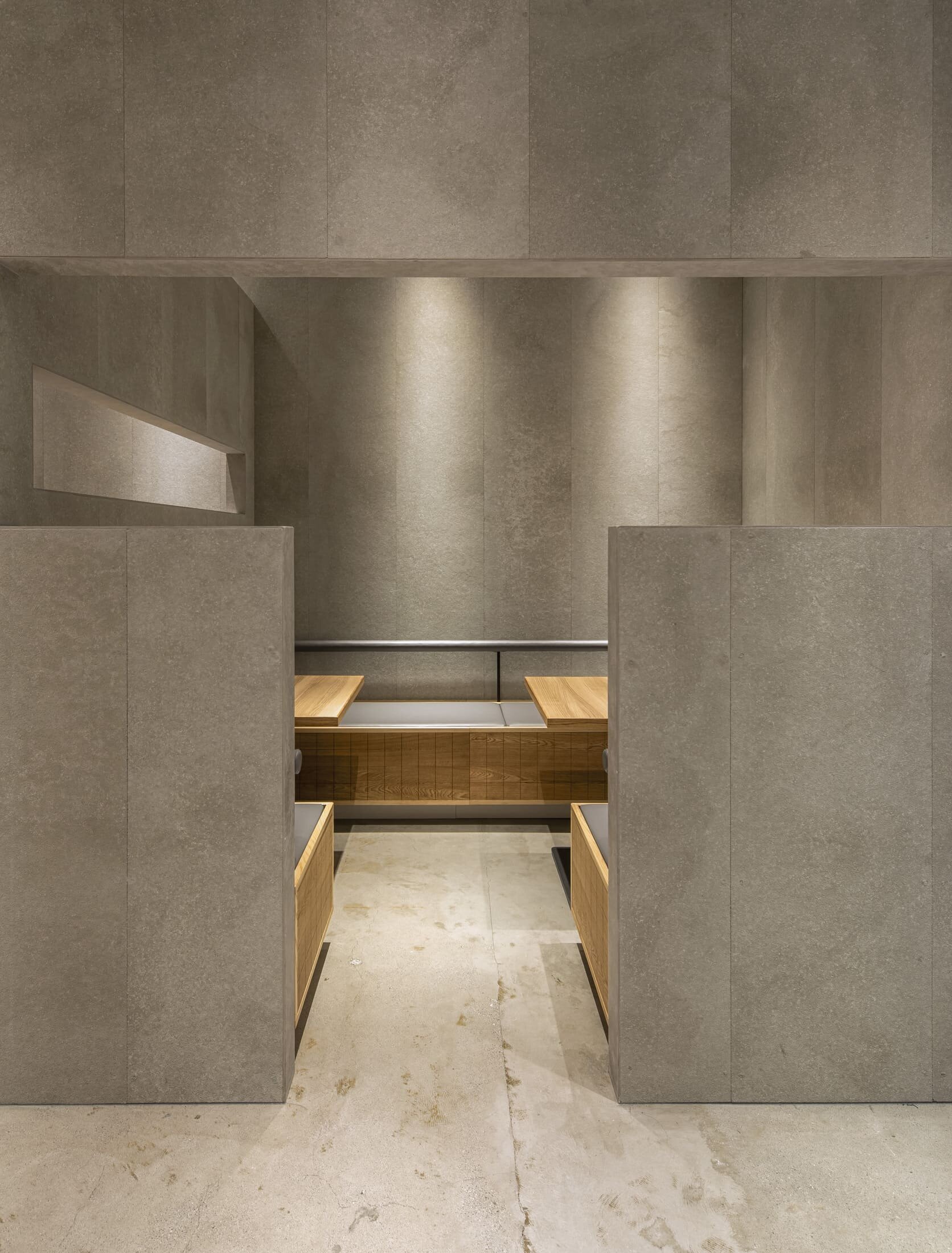 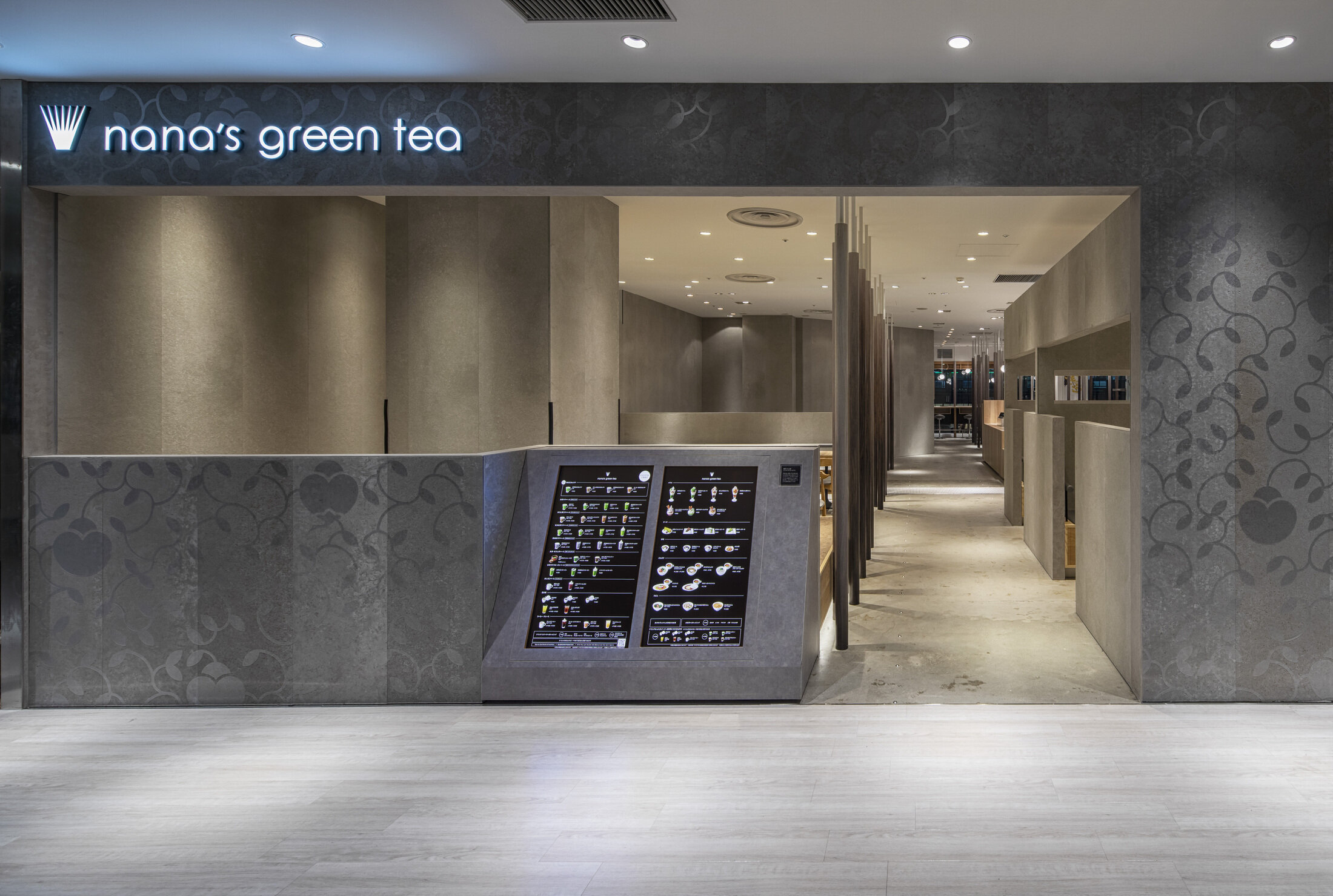 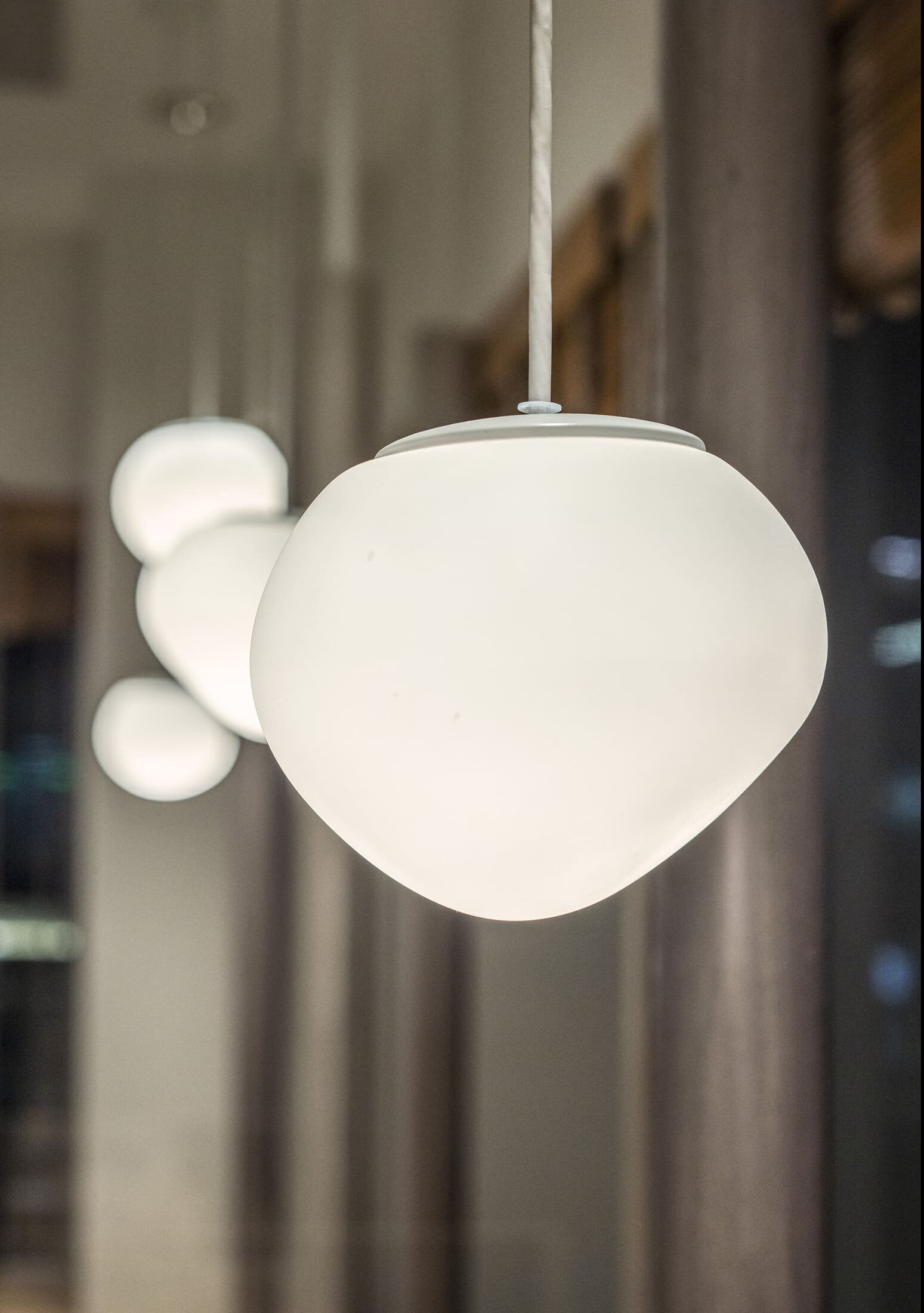 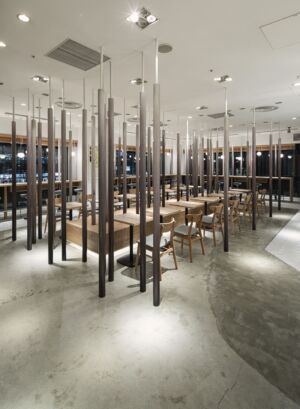 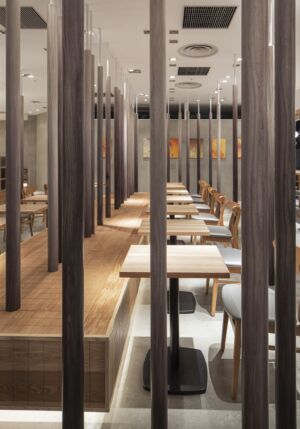 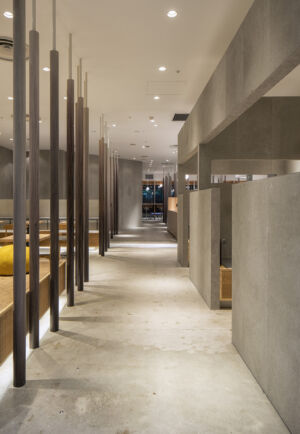 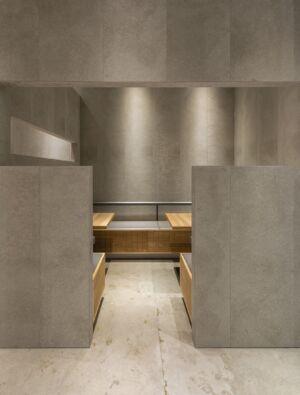 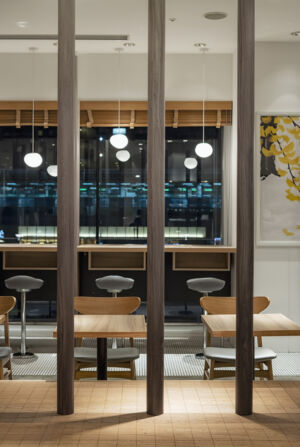 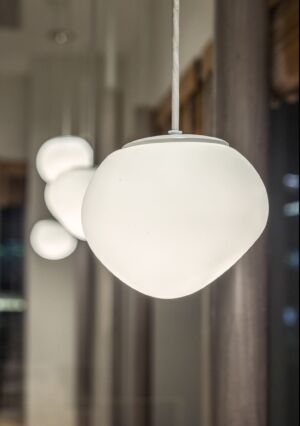 Nanaha Co., Ltd. is a company that sends “new Japanese forms” to the world from the perspective of “Matcha”. The company offers a high-quality matcha such as matcha latte with a menu that is modernly arranged. The space in the store is not designed in “Japanese style” but rather in  “a modern tea room” arrangement.
As the owner says, it is an expression of the desire to create a “store where you can enjoy the traditional tea culture of Japan through a modern interpretation.”

This time, due to refurbishment  in the time of corona wreckage, we wondered if it would be possible to feel “the wind” throughout a space by applying a new design while keeping the previous concept of an open air tea ceremony.

“Nodate” – an open air tea ceremony – is all about enjoying a cup of tea outdoors whilst interacting and being closed to the nature.

In reality, whilst performing an open air tea ceremony, a mat called a felt carpet is put on the ground in order to provide a psychological border with the outside. However, this time for the purpose of experiencing “nodate” in a space, we have intentionally placed the tree on the side where the boundary was originally set up indoors. By doing so, we have designed the psychological “boundary” necessary for an open air tea ceremony.

In the actual design, 65 pillars resembling trees have been arranged and lined up.
As a result, similarly to the forest, the part without pillars (trees) becomes a road and trees (pillars) determine the flow of people. In addition, the openings (gaps) between the trees have been randomly decided in order for everyone to be able to discover by herself/himself a new pathway and passage.

Moreover, as each pillar varies in terms of wood graduation the stream of color flows in the space and by this it becomes a medium that visually allows people to feel and sens the wind.

Having said that, we would like the customers to find a pleasure in discovering “Isagiyokisho” as refreshing and tranquil place, that is an original essence of enjoying an open air tea ceremony.