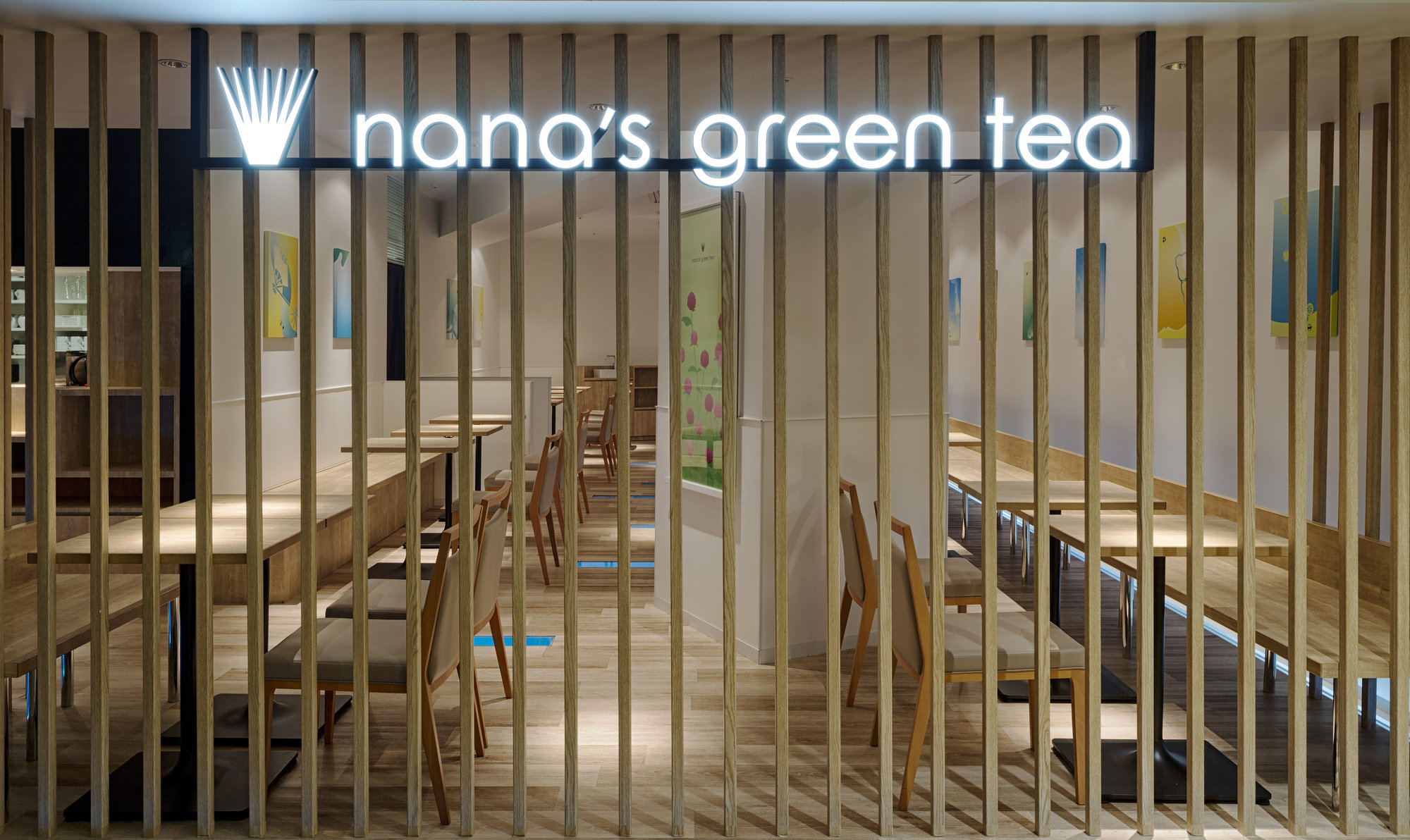 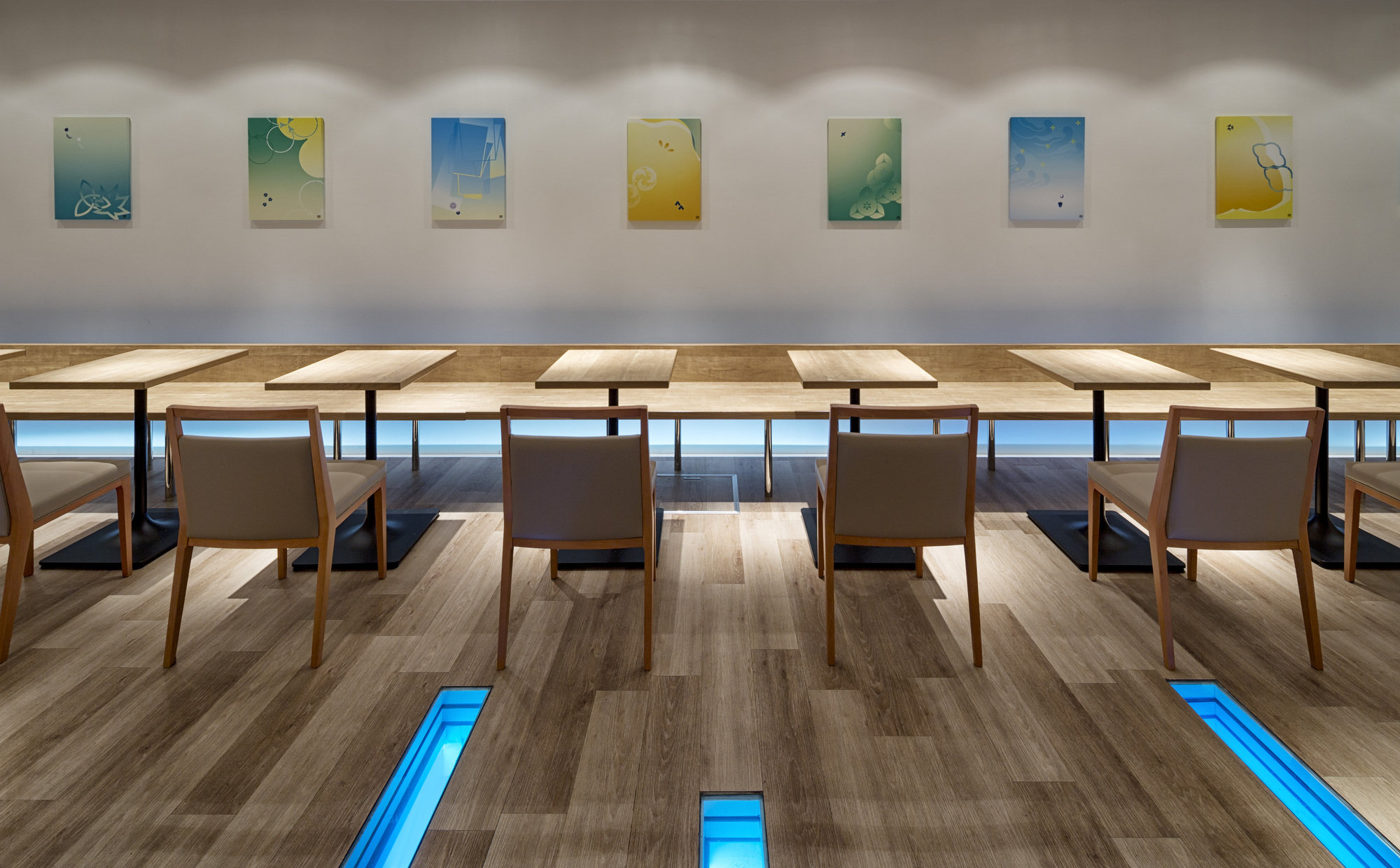 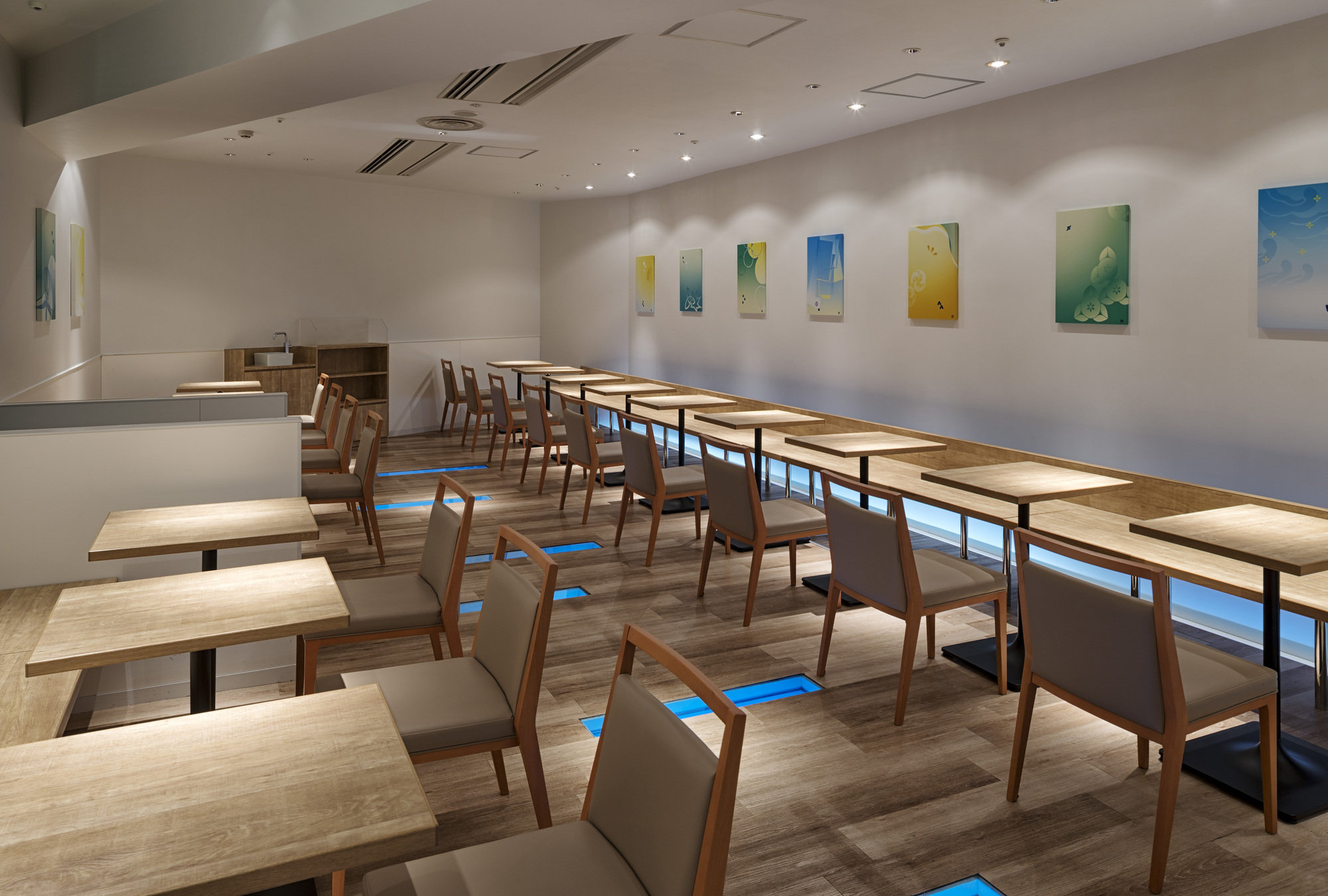 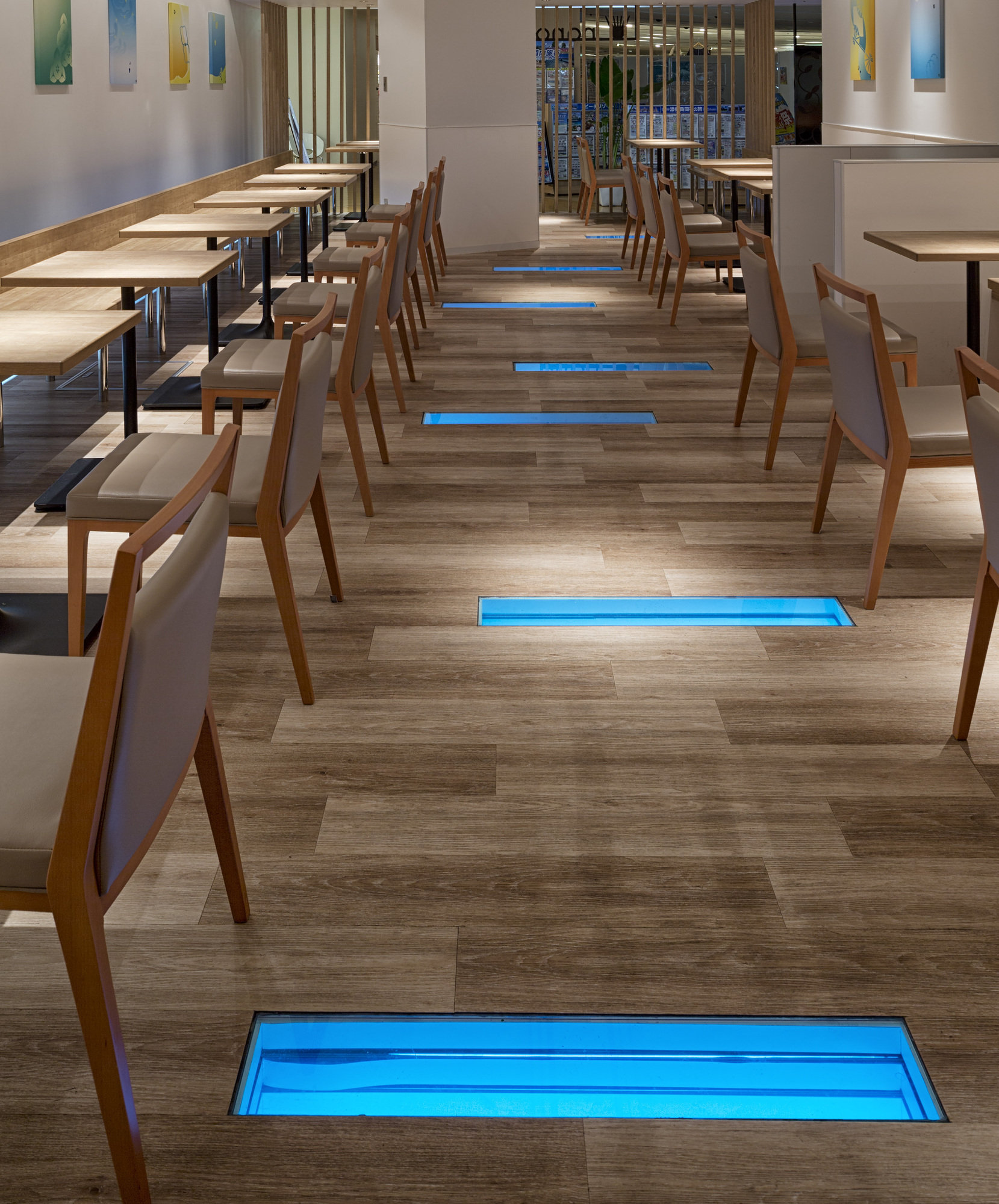 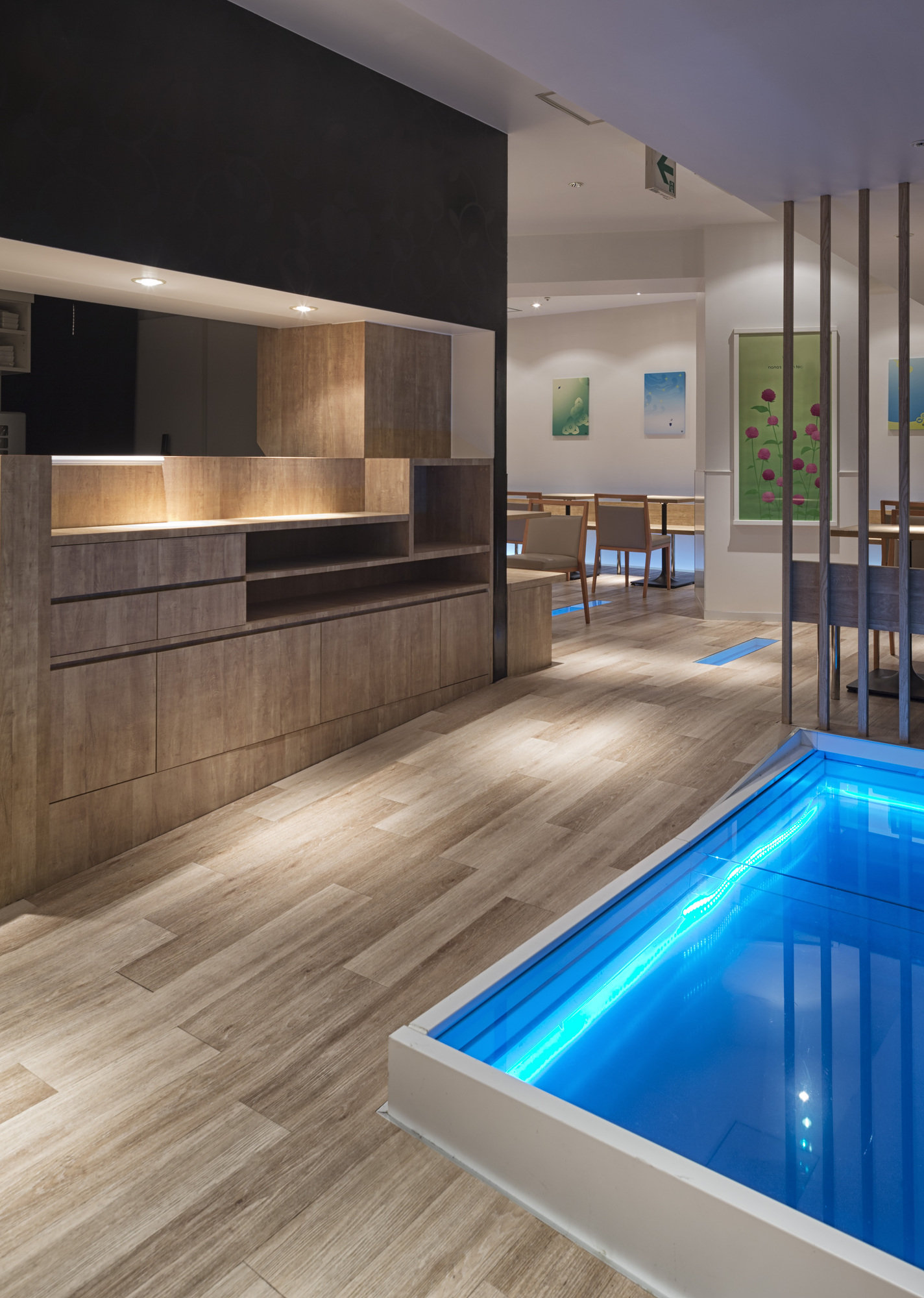 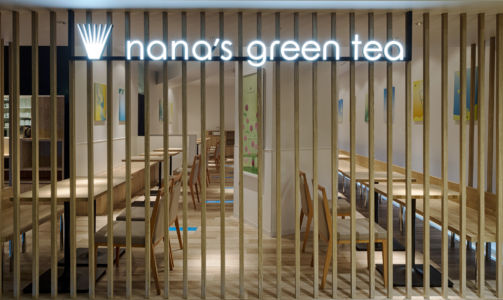 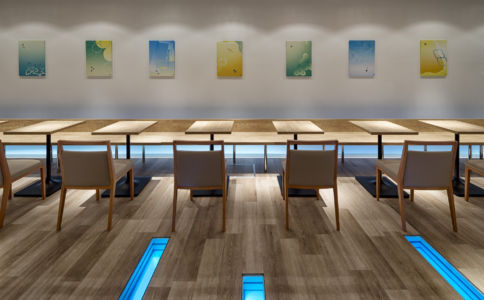 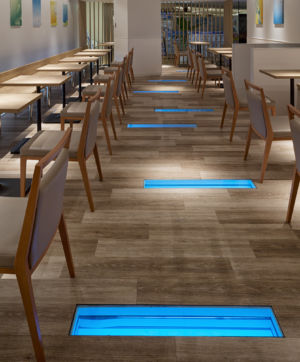 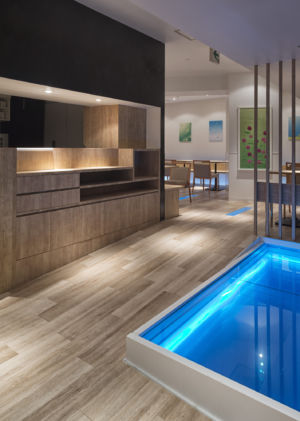 Choushukaku is a tea room which is placed inside Sankei-en, a garden that was made by Sankei Hara who made a fortune by silk trading. Before it was moved, Choushukaku was built inside Nijo Castle by Ieyasu Tokugawa and was later given to Kasuga no Tubone. All parts of the tea room are filled with uniqueness and transformation. The wooden-floor entrance that is placed a little lower looks like a boatslip. We can imagine that it used to be at a waterfront. And as it has now been moved above a river, the atmosphere of old times is conveyed to current days. When the city of Edo developed in Edo era and many supplies were carried from all over the country to the City of Edo, a magistrate’s office was set in Uraga of Yokosuka to make a “ship guard station” and establish a system to investigate all the ships that goes in and out of Edo.

I had designed nana’s green tea Yokosuka under a concept of boatslip, describing seas and waterfronts which cannot be separated from Yokosuka and its history from the Edo era and create a modern day floating tea room.