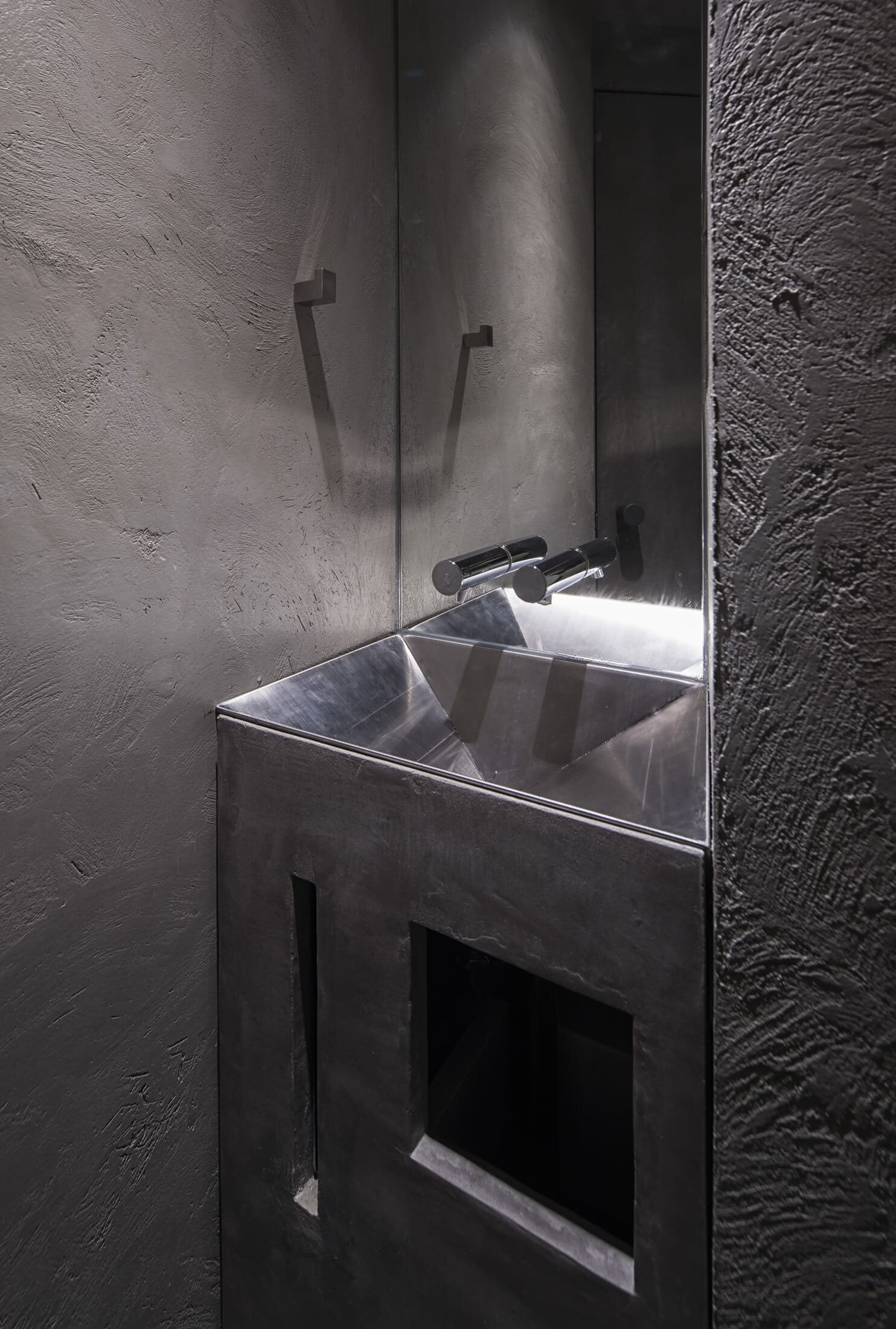 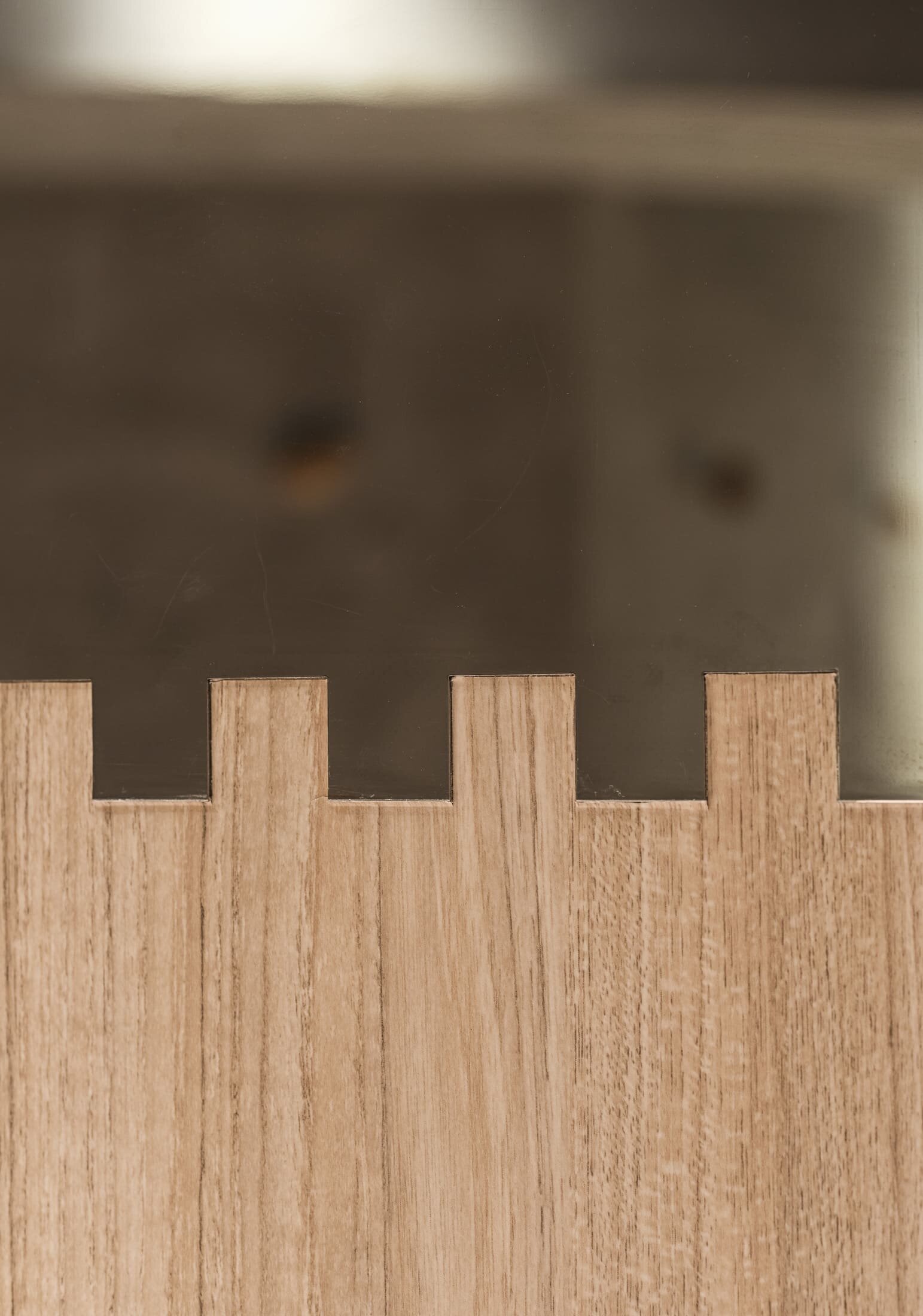 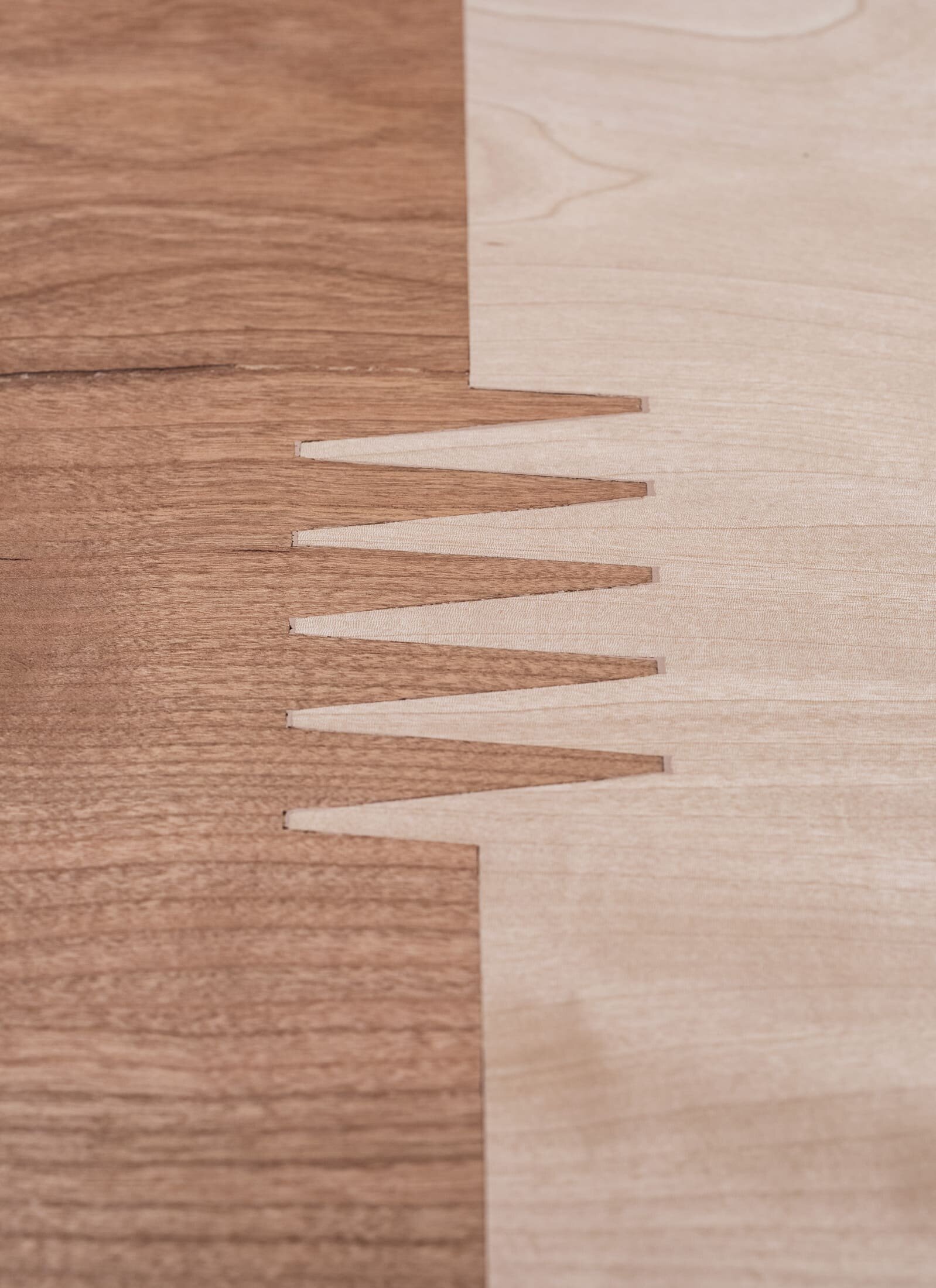 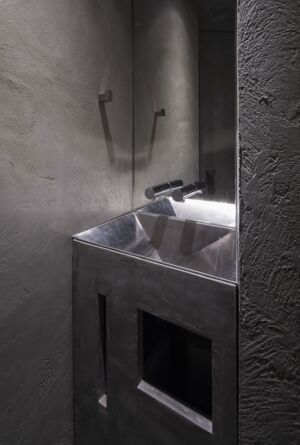 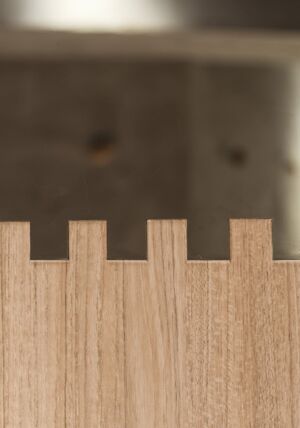 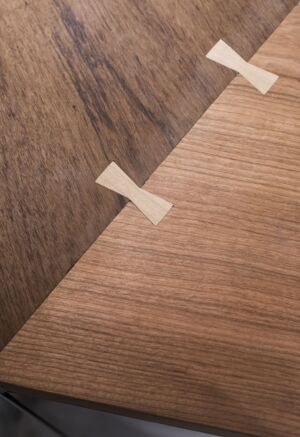 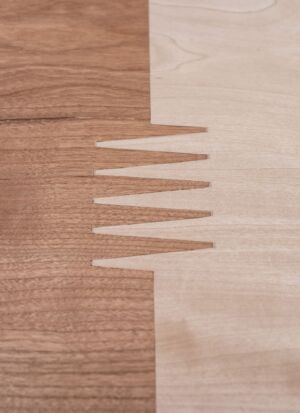 A creative restaurant that pursues only one point: to bring out the best of the ingredients 100%.

What is needed there is a fusion of “tradition” that has been passed down from the past and “technology” that is born from a completely new cooking utensil.

So, I wondered if I could incorporate the technique of “joint”, which was created to connect things with one another, as a design.

Coupling—A method of joining building and other structural or mechanical parts or joints.
In wooden construction, the case where columns and beams are joined at a right angle or at a certain angle is called a joint.

In addition to the use of nails and bolts, joints have long been considered to be a skillful combination method of timber, such as metal ring joints, joints with seams, joints with seats, hooks, rods, and chase.
Originally, in Japanese architecture, joints and braids were the basic technology of the basic structure, and its tradition has been inherited before the Asuka era. With the rise of concrete and concrete, it was becoming less used.
However, with the latest laser cutting technology, mechanization has been achieved, joint technology has been reviewed, and the frequency of use is increasing.

Therefore, at Magaribana, which pursues deliciousness by adding the latest technology to traditional techniques, the fitting technique is used to create a space that expresses the commitment to cooking and the “fusion of tradition and technology.” To do.
In addition, the word “to succeed” has the meaning of connecting to distant things, and at the same time, to express the connection between customers and Magaribana.