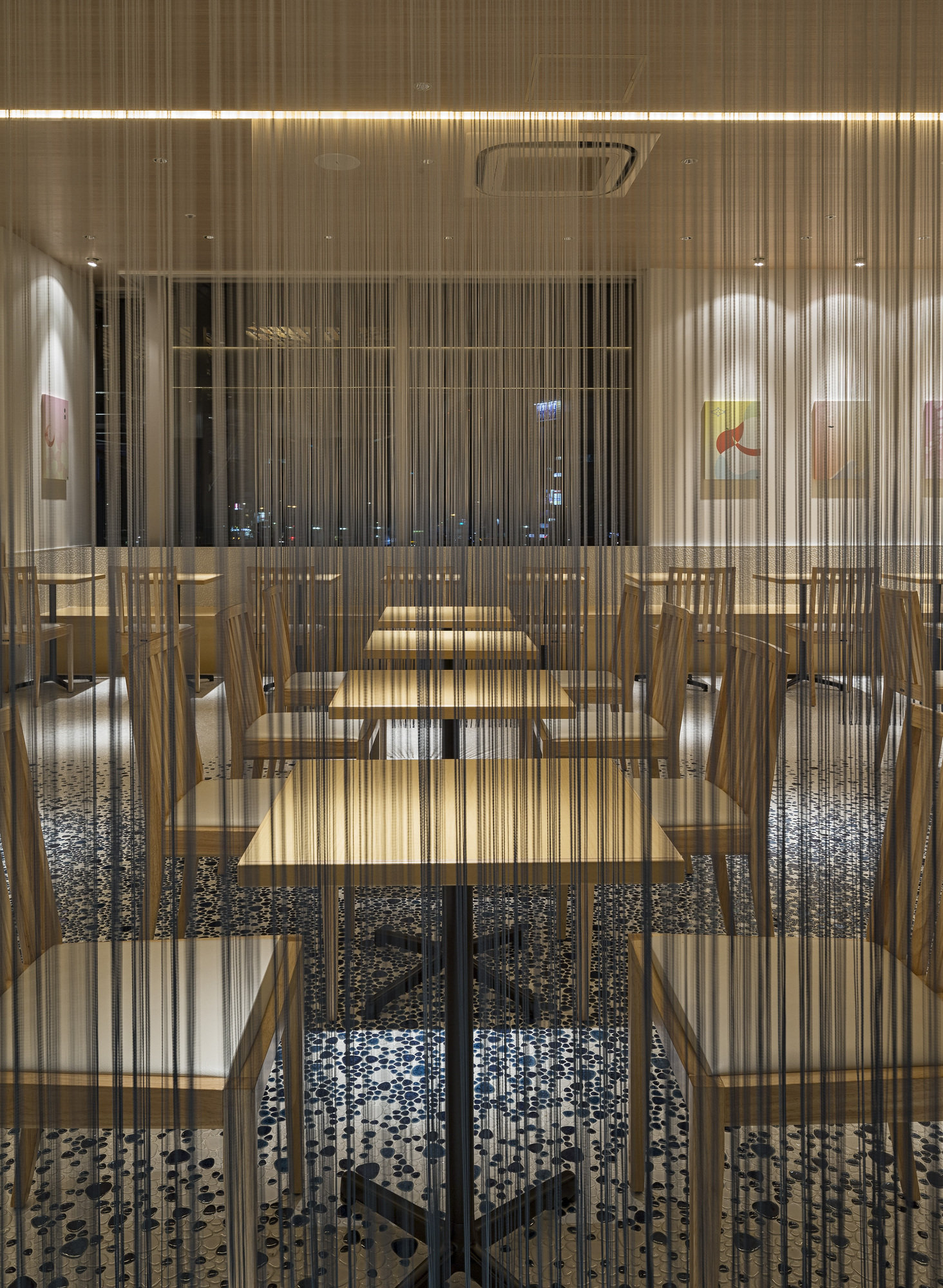 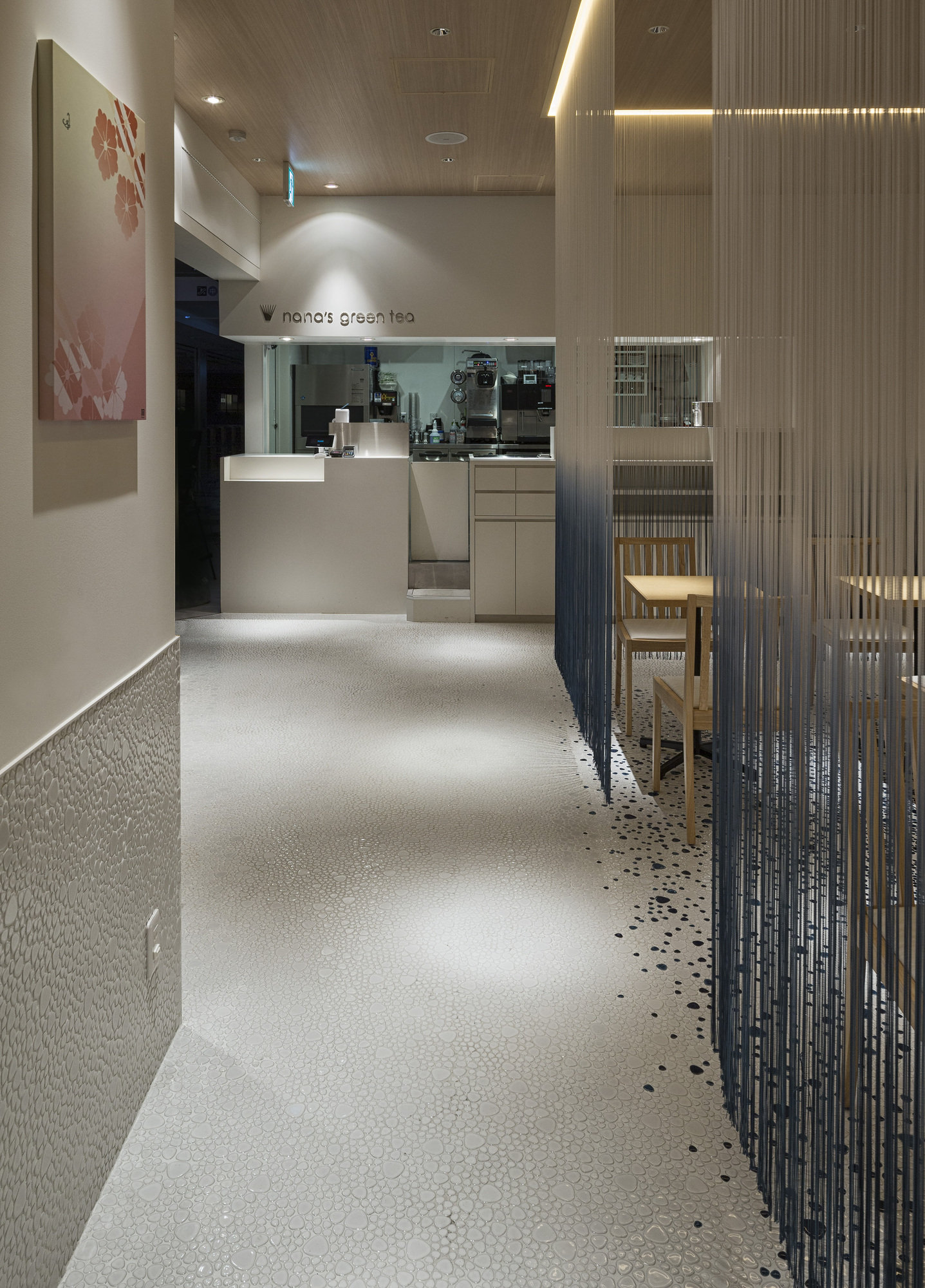 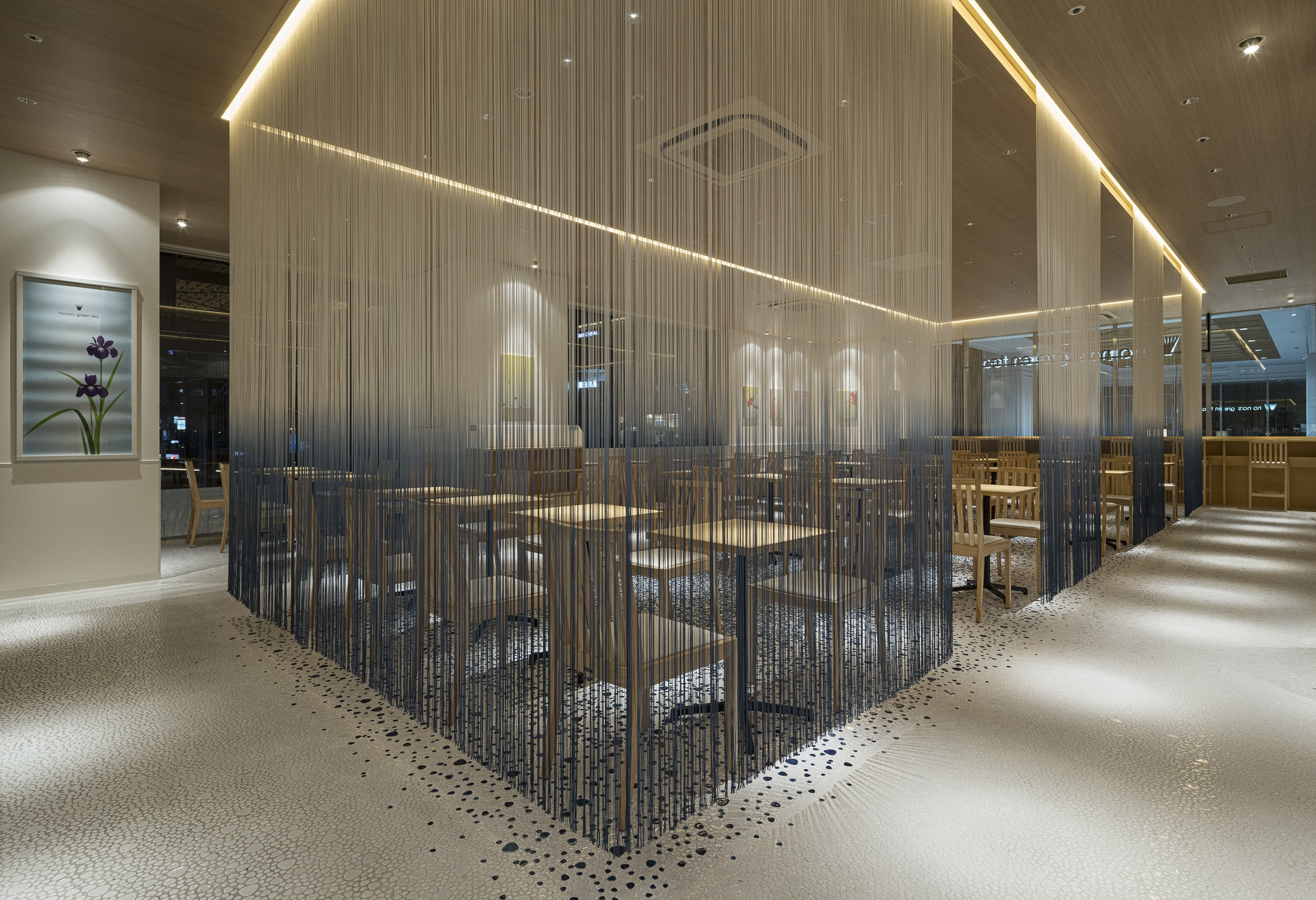 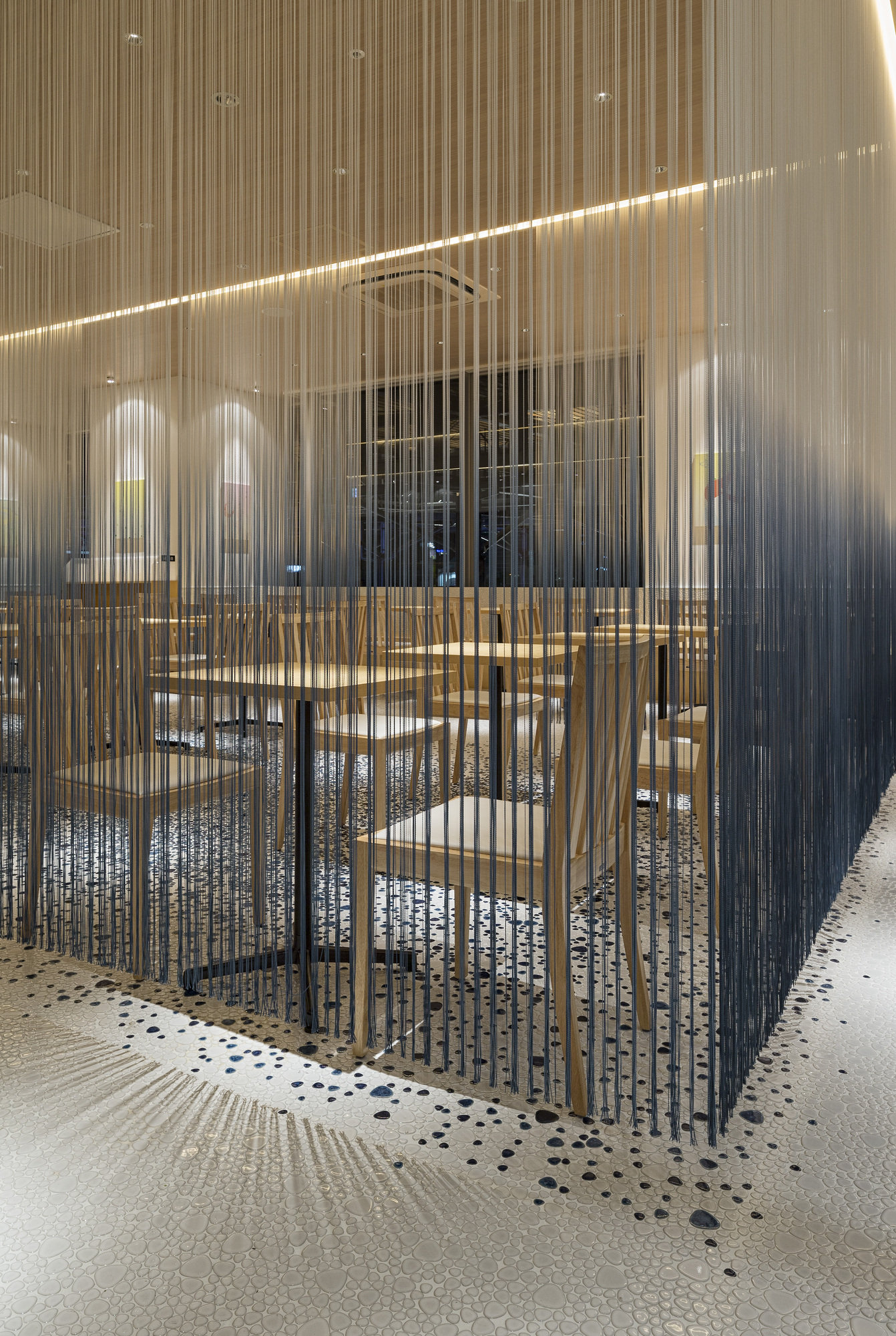 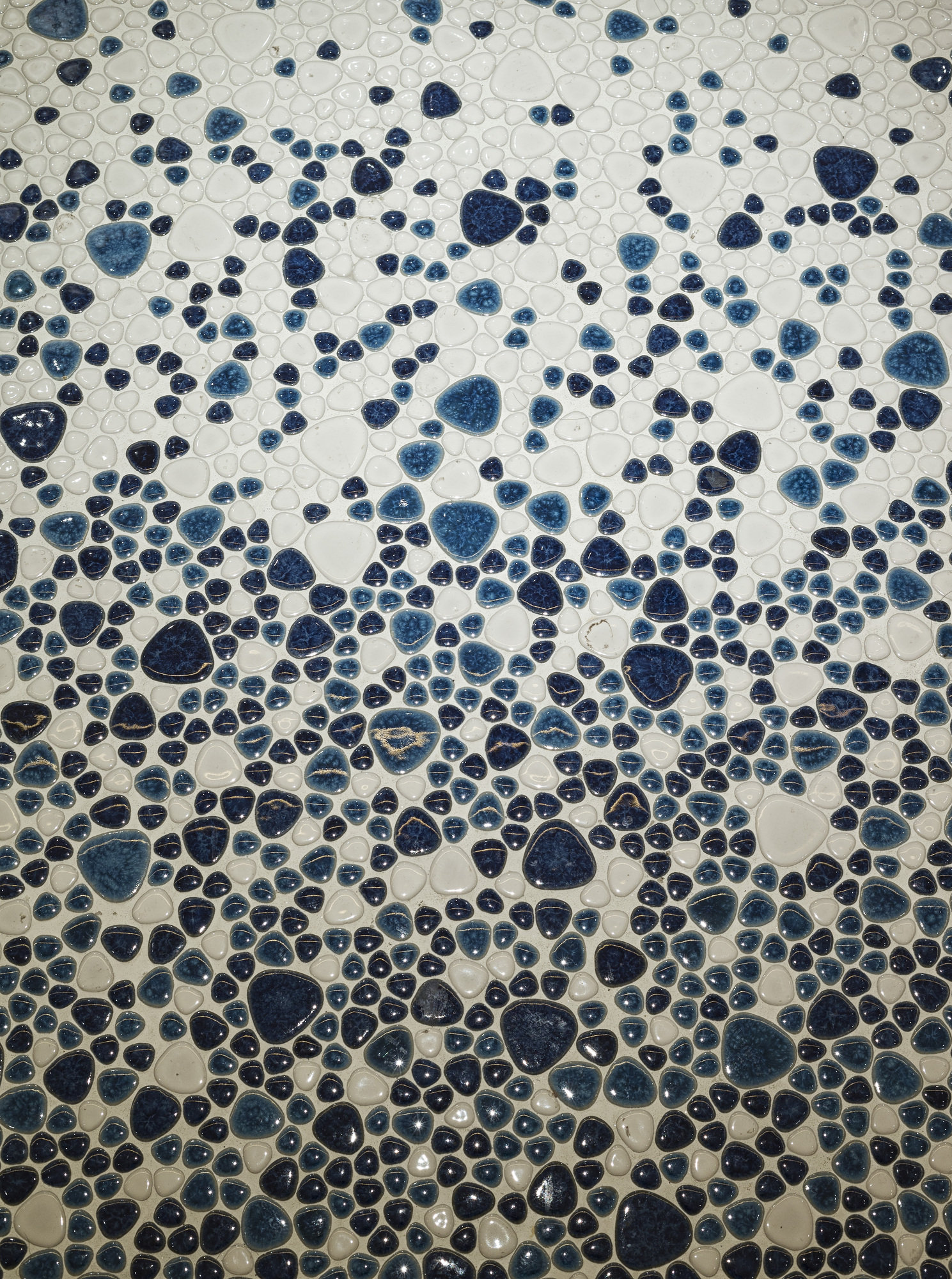 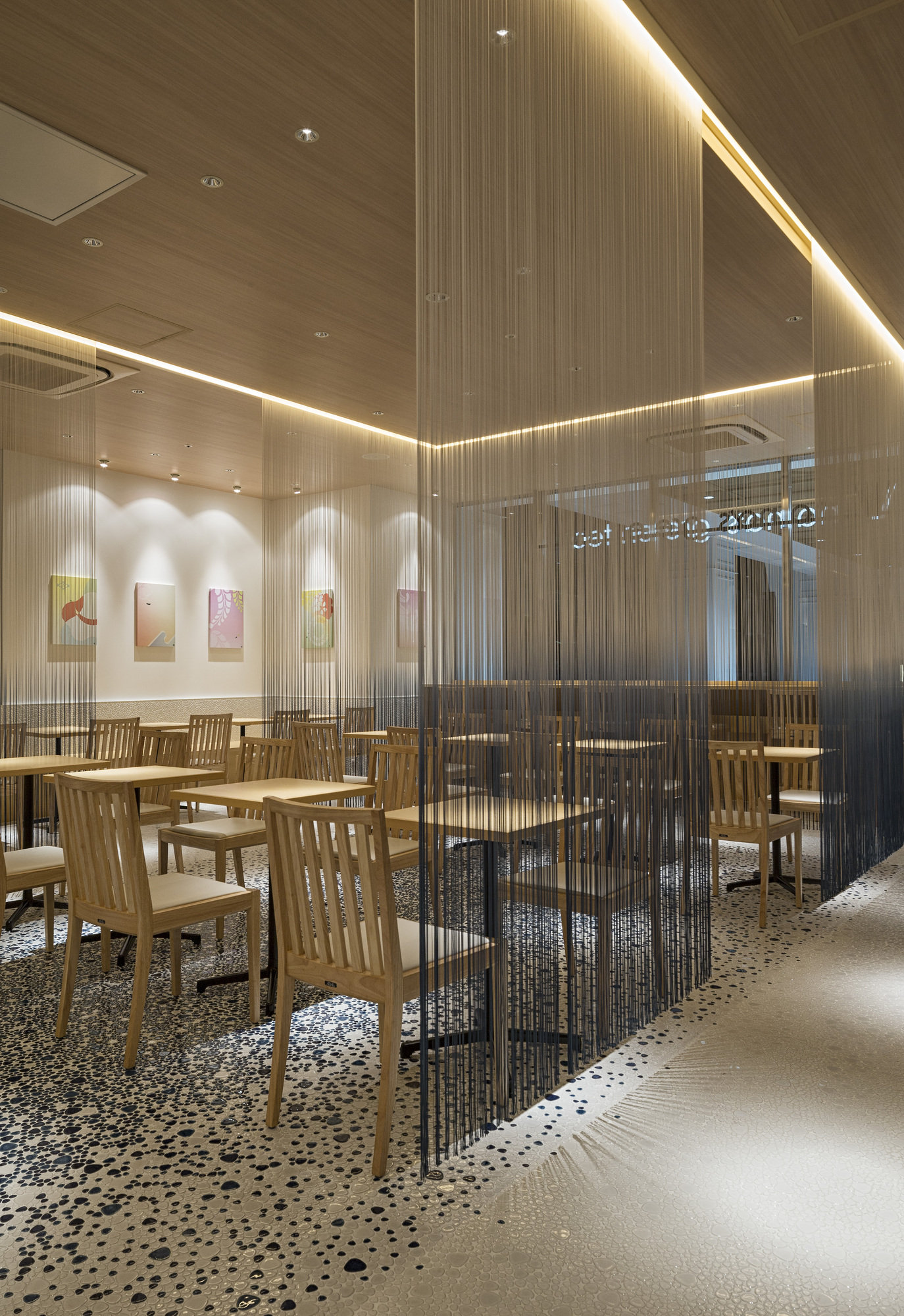 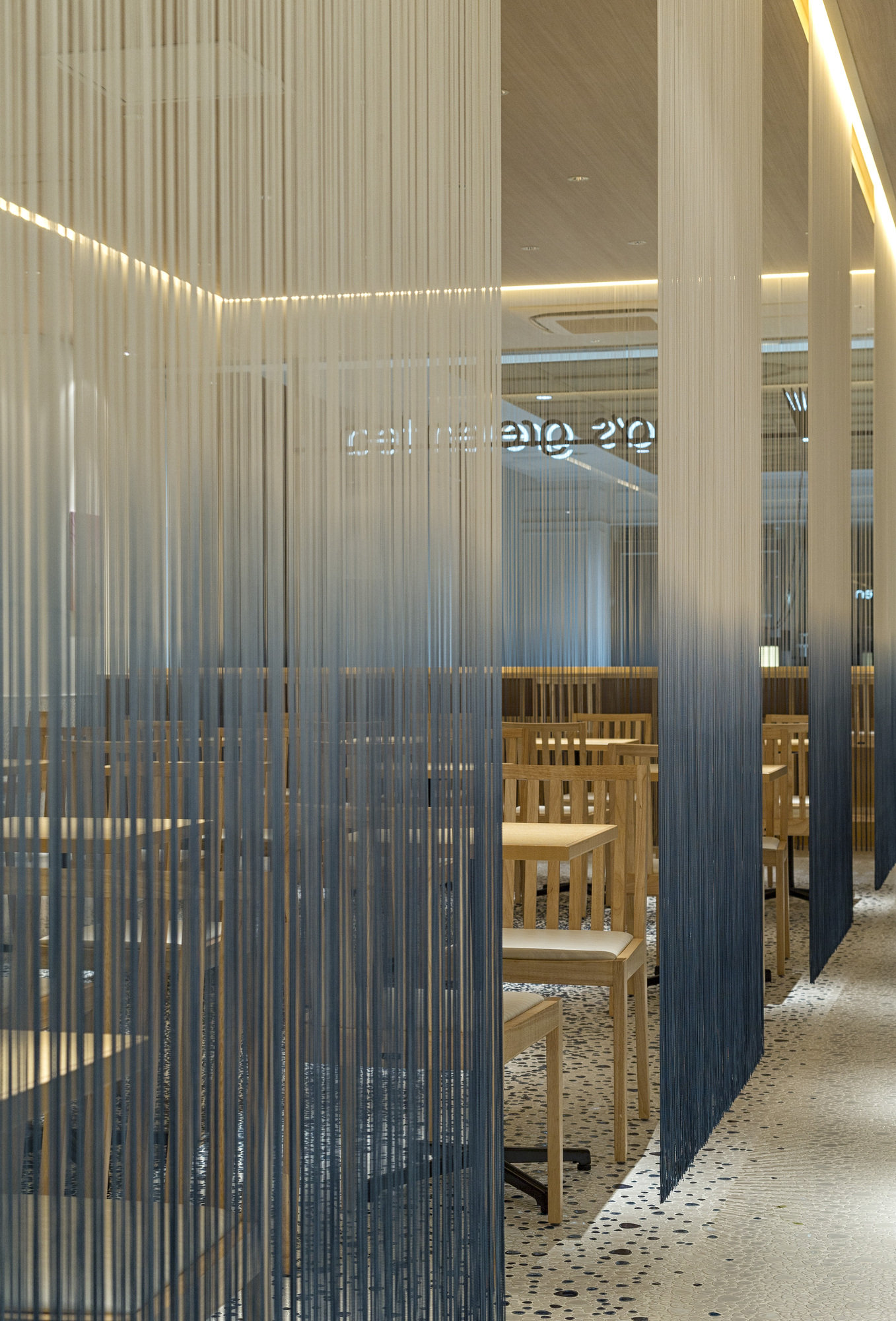 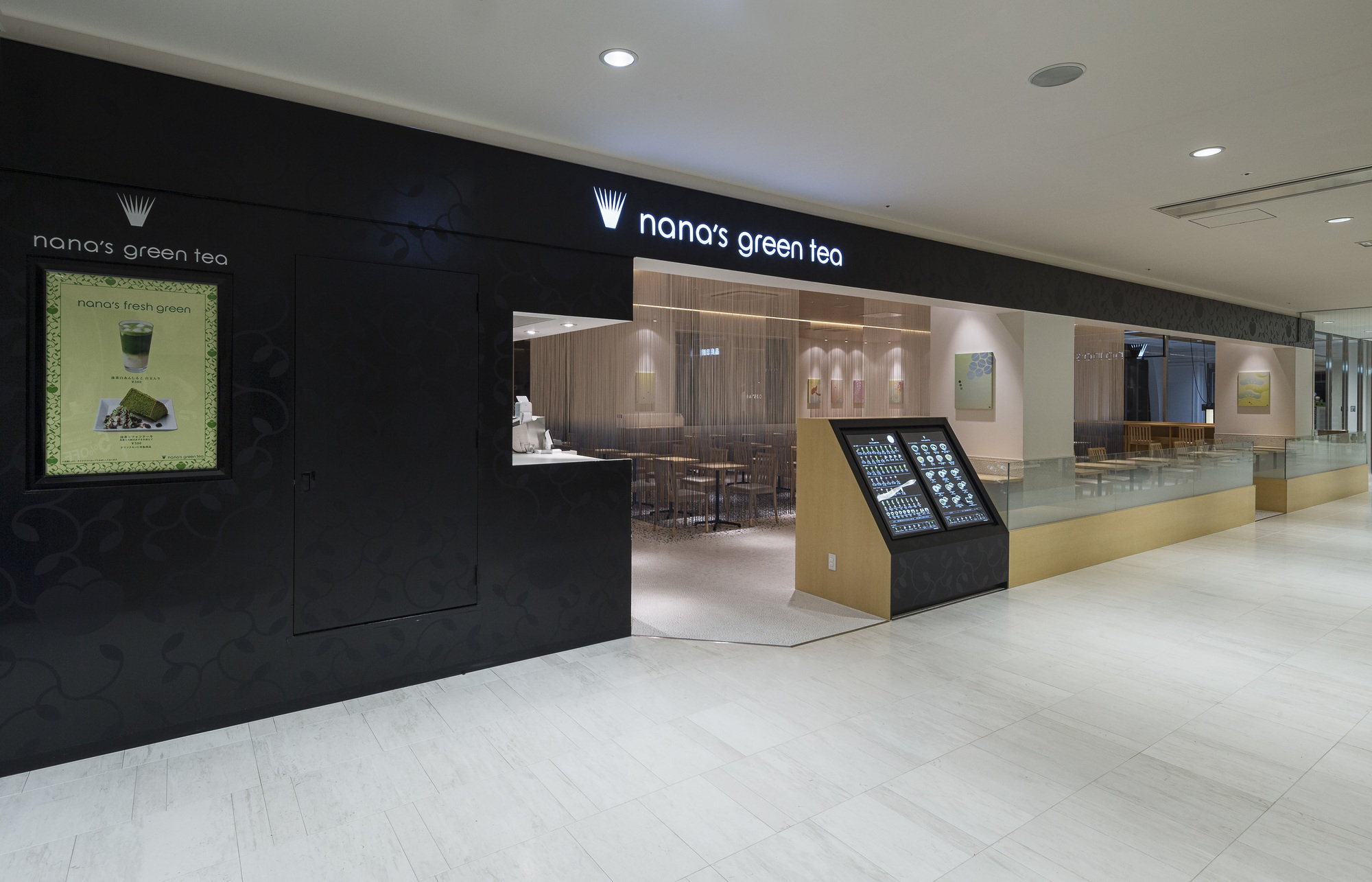 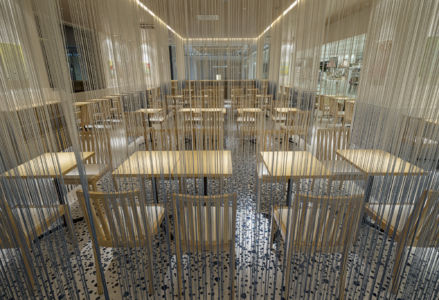 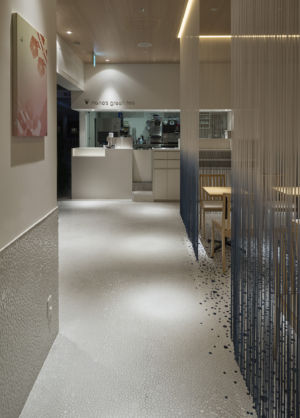 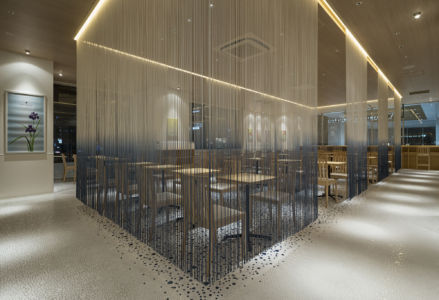 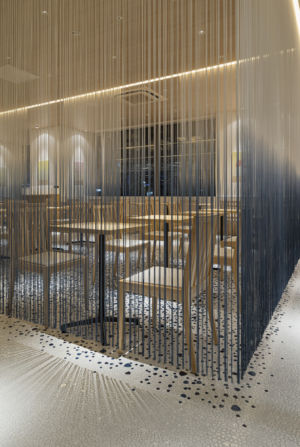 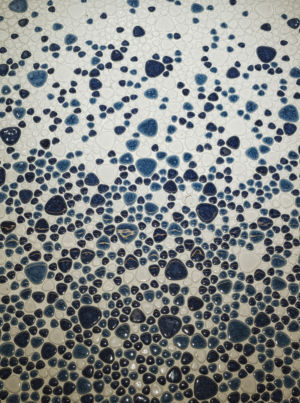 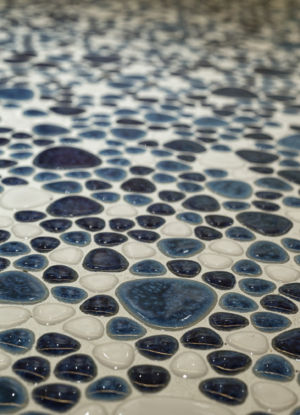 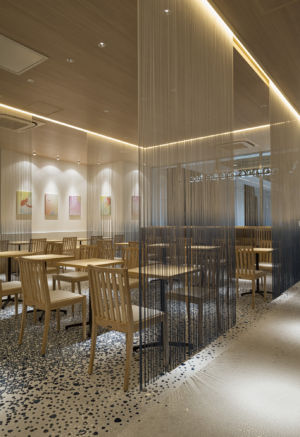 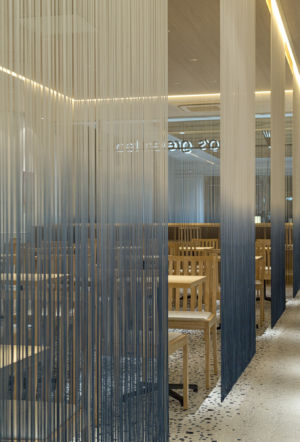 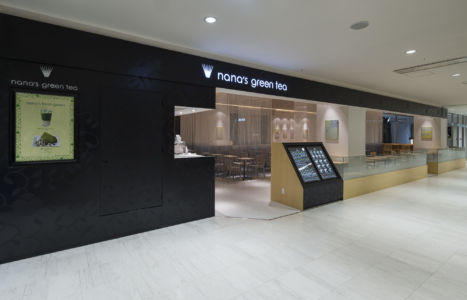 Yoshishige Otomo is a famous feudal lord in Bungo, a present Oita prefecture, from Sengoku period to Azuchi-Momoyama period and also known as Sorin Otomo. He converted to Christianity and later he built his own temple, Zuihoin.
Zuihoin has three tearooms. Jokeian is a reproduction of the tearoom that Sottakusai, the 8th generation of the Omotesenke, liked particularly. Ansyoken suits Seisai’s taste and he was the 12th generation of the Omotesenke. It is the only reverse arrangement tearoom within the grounds of Daitokuji Temple. Heisei-Taian is a reproduction of Myokian that built by Sen no Rikyu and restored in 1990. There are three gardens on the north, south and west around the tearoom and specially one of them is unique because it is paved with blue stones all around and placed a tall basin near the center without any plant.

In nana’s green tea AMU PLAZA OITA I produce a new tea garden of Zuihoin, carrying on the sprits of Yoshishige Otomo who had a close relationship with Oita prefecture. By covering a whole space with mosaic tile that resembles the blue stone, I bring back the garden that he built a long time ago into existence in a new way.