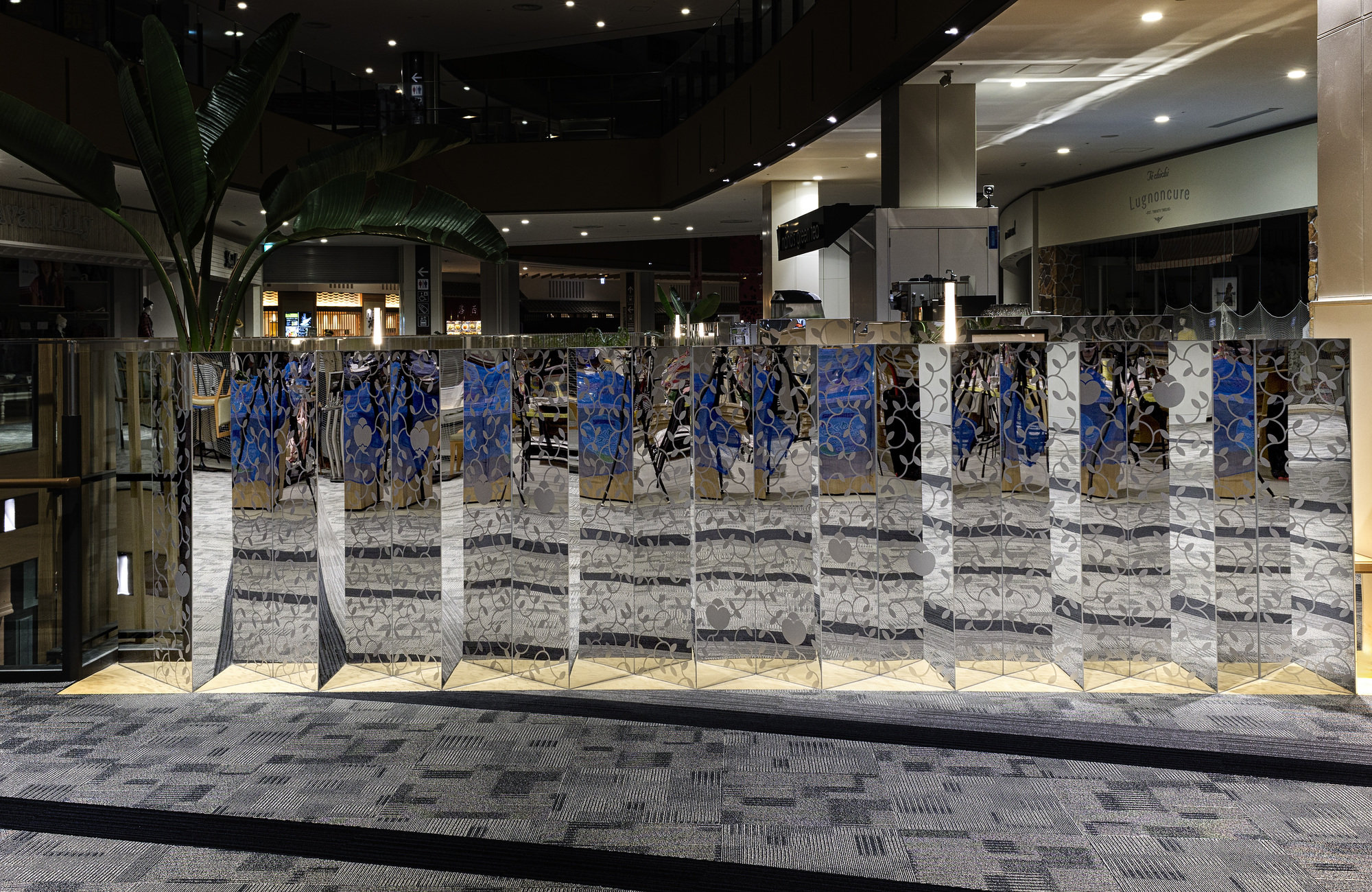 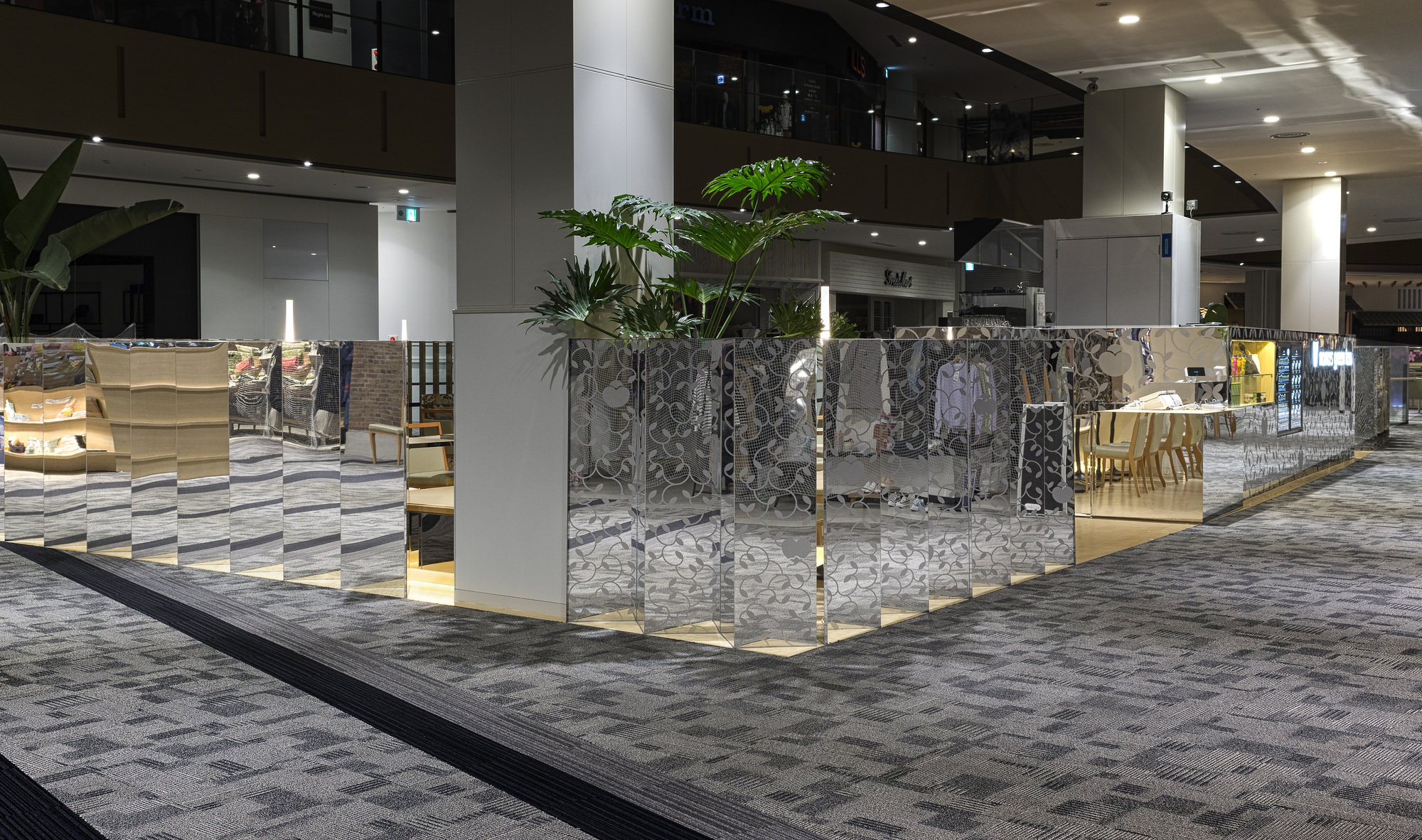 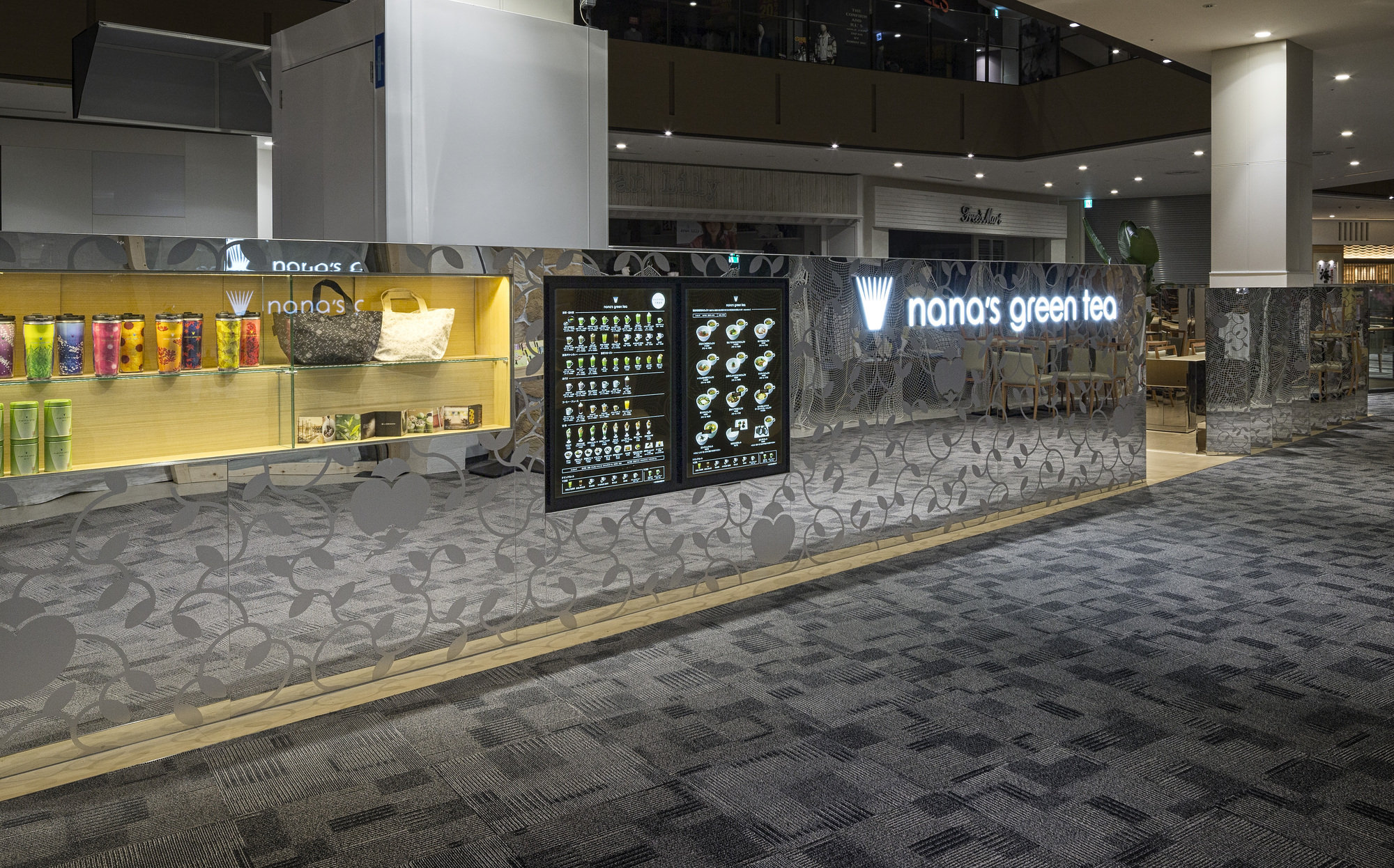 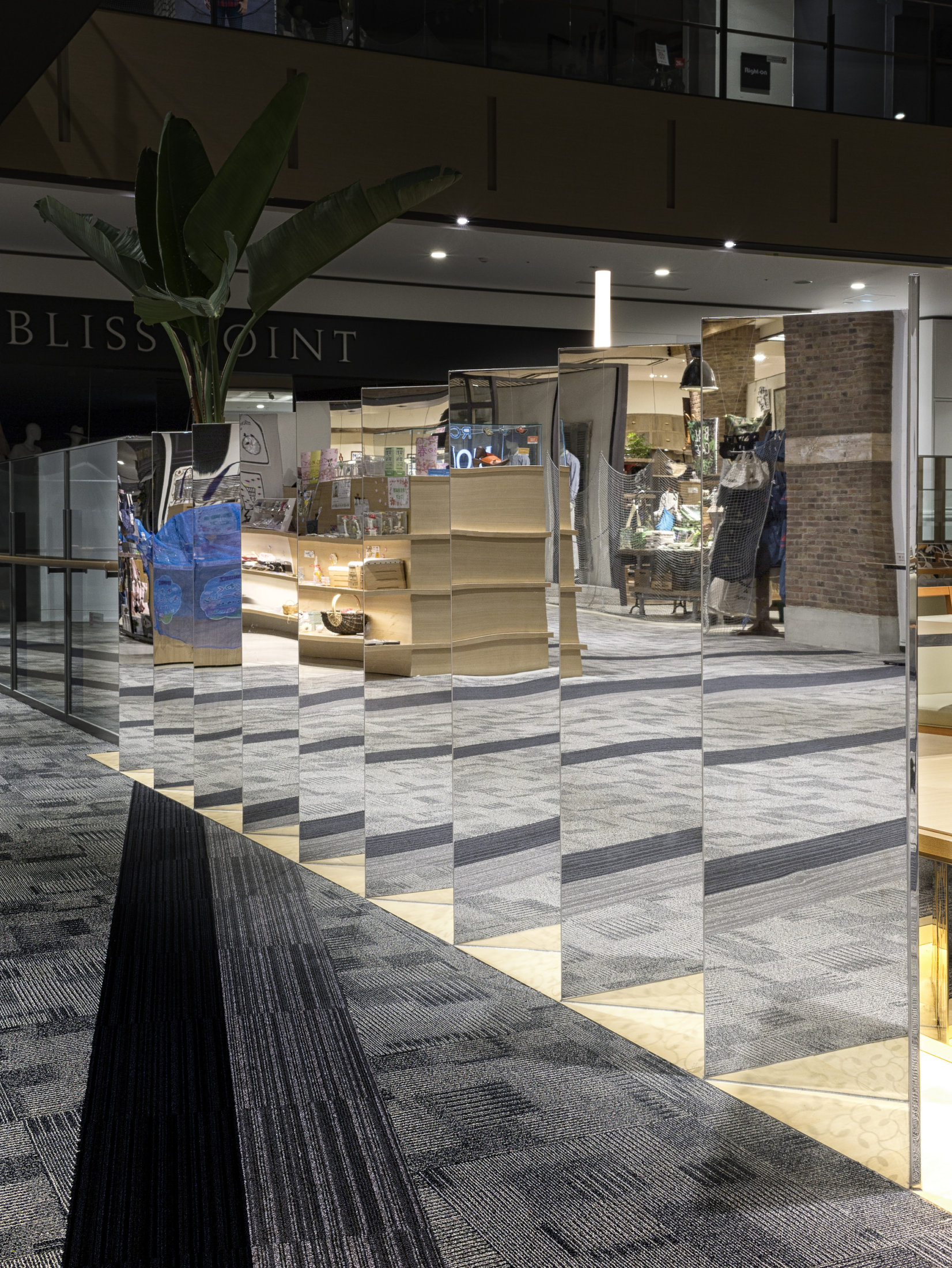 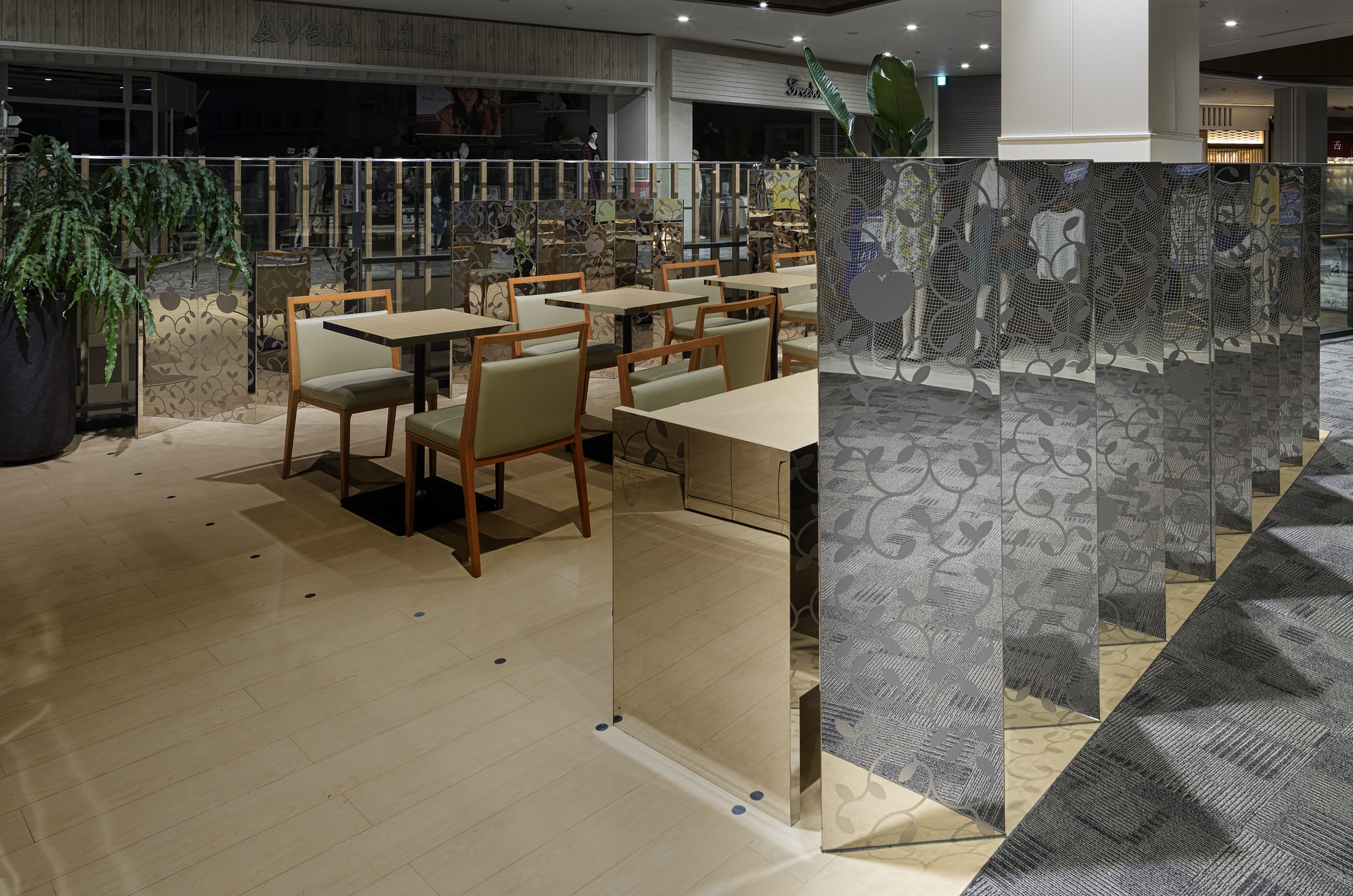 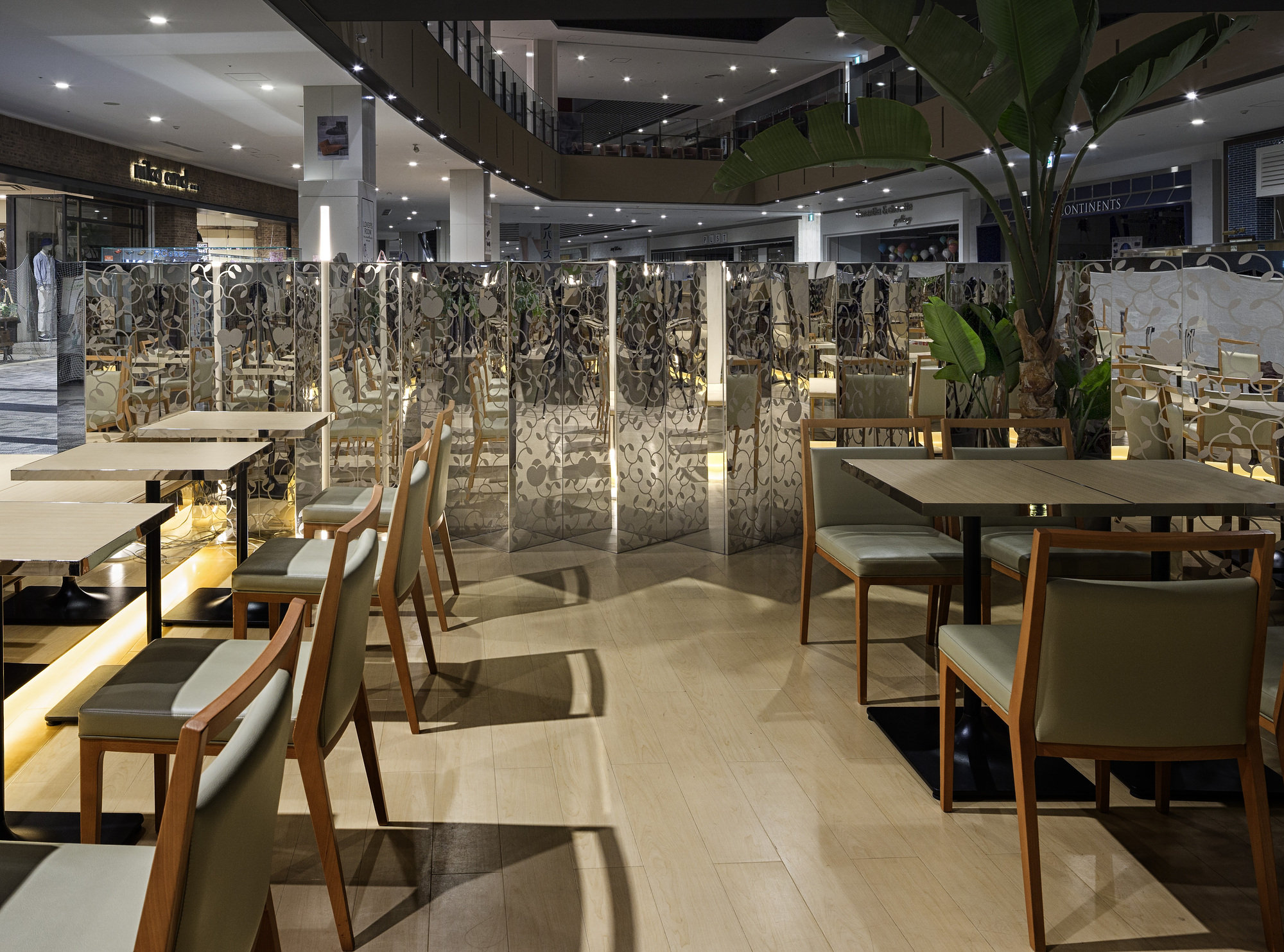 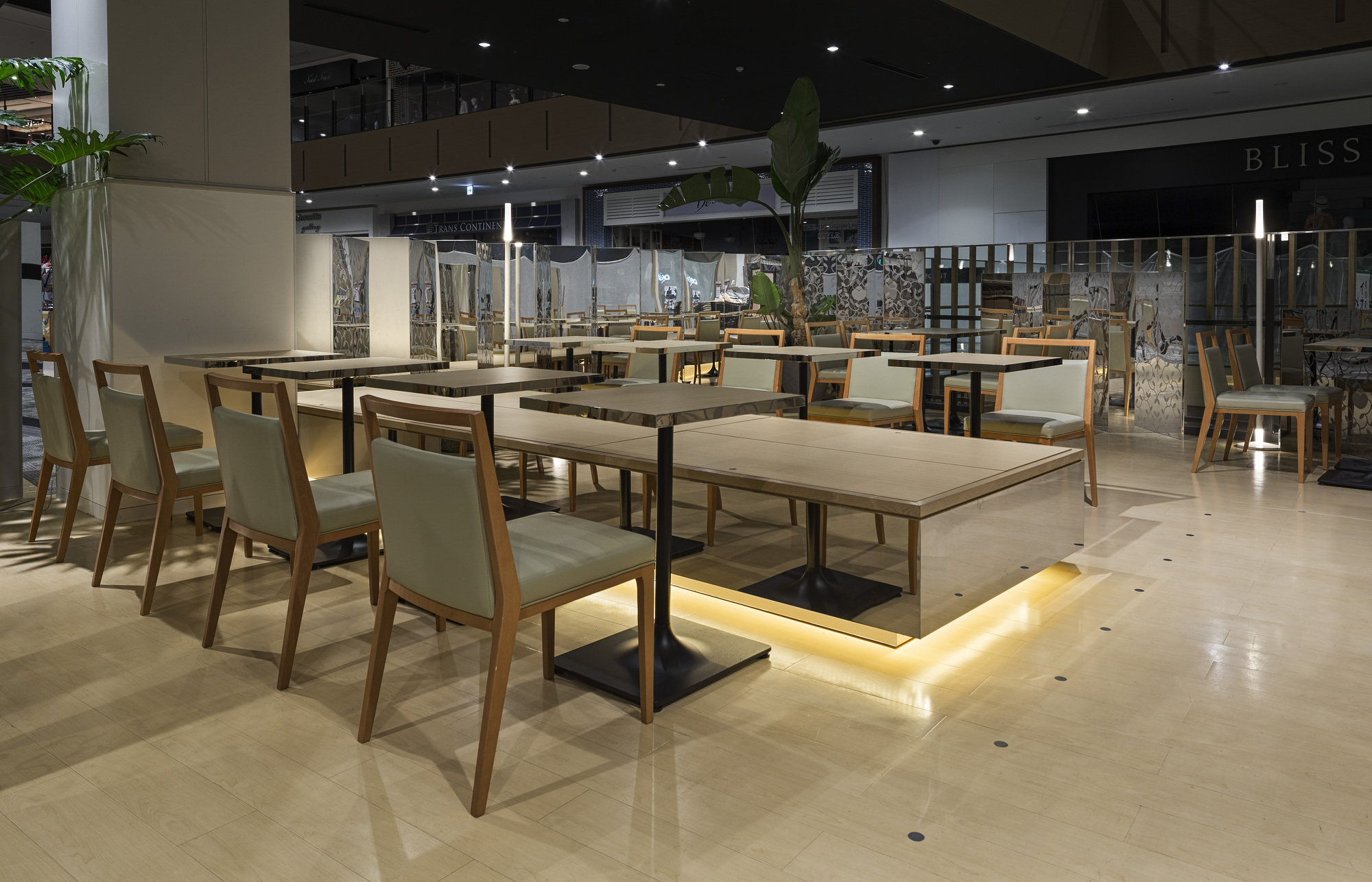 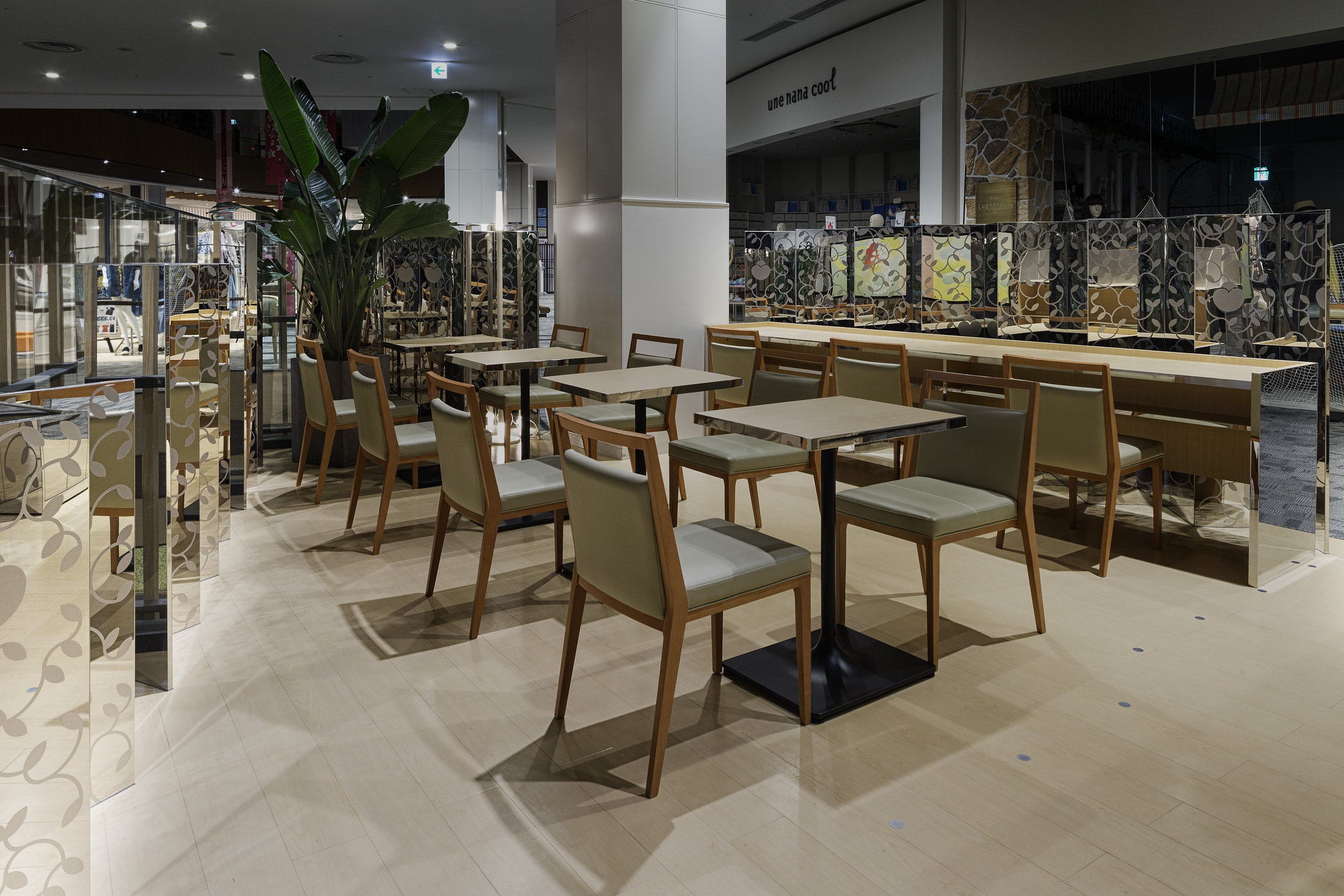 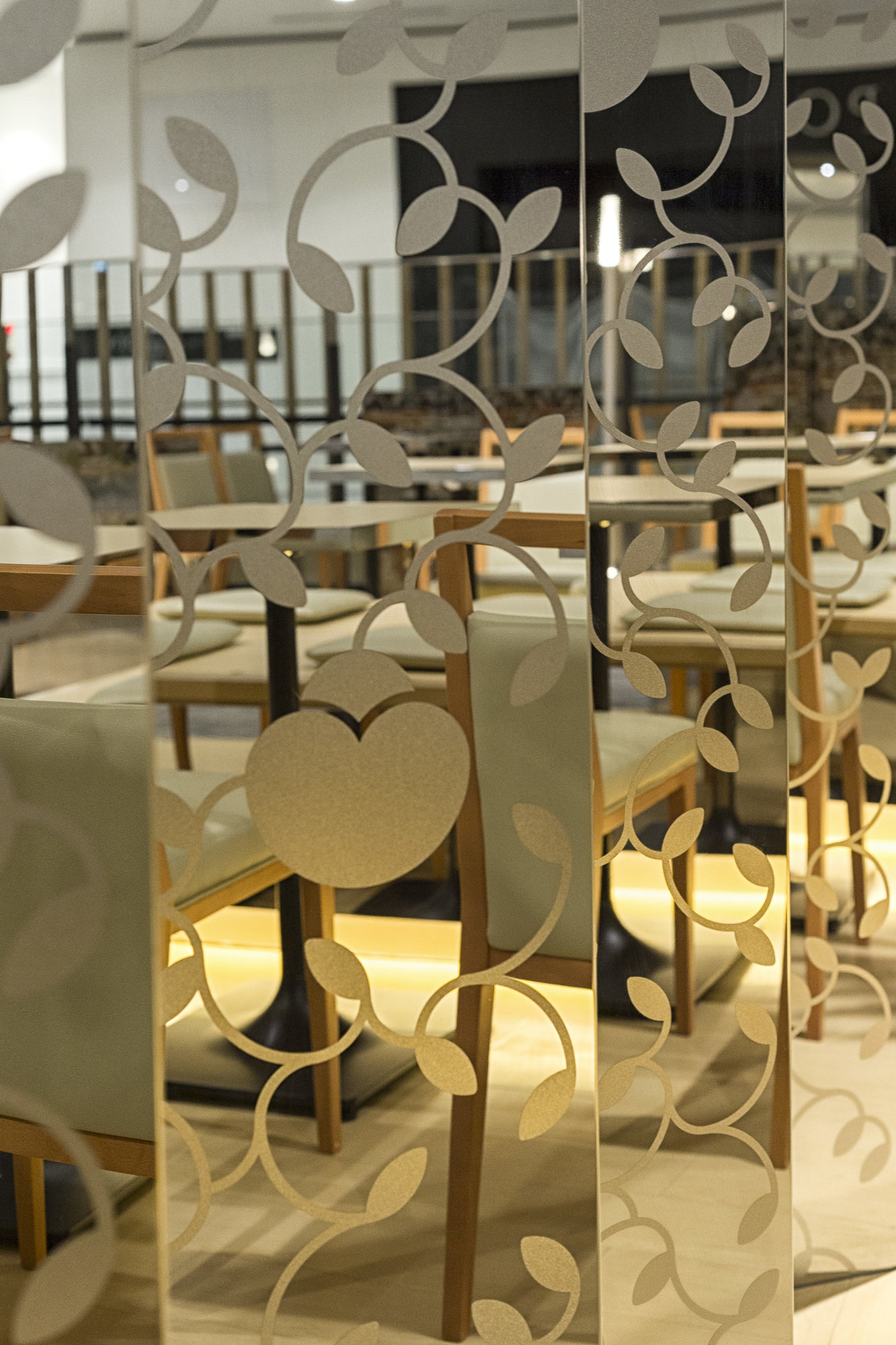 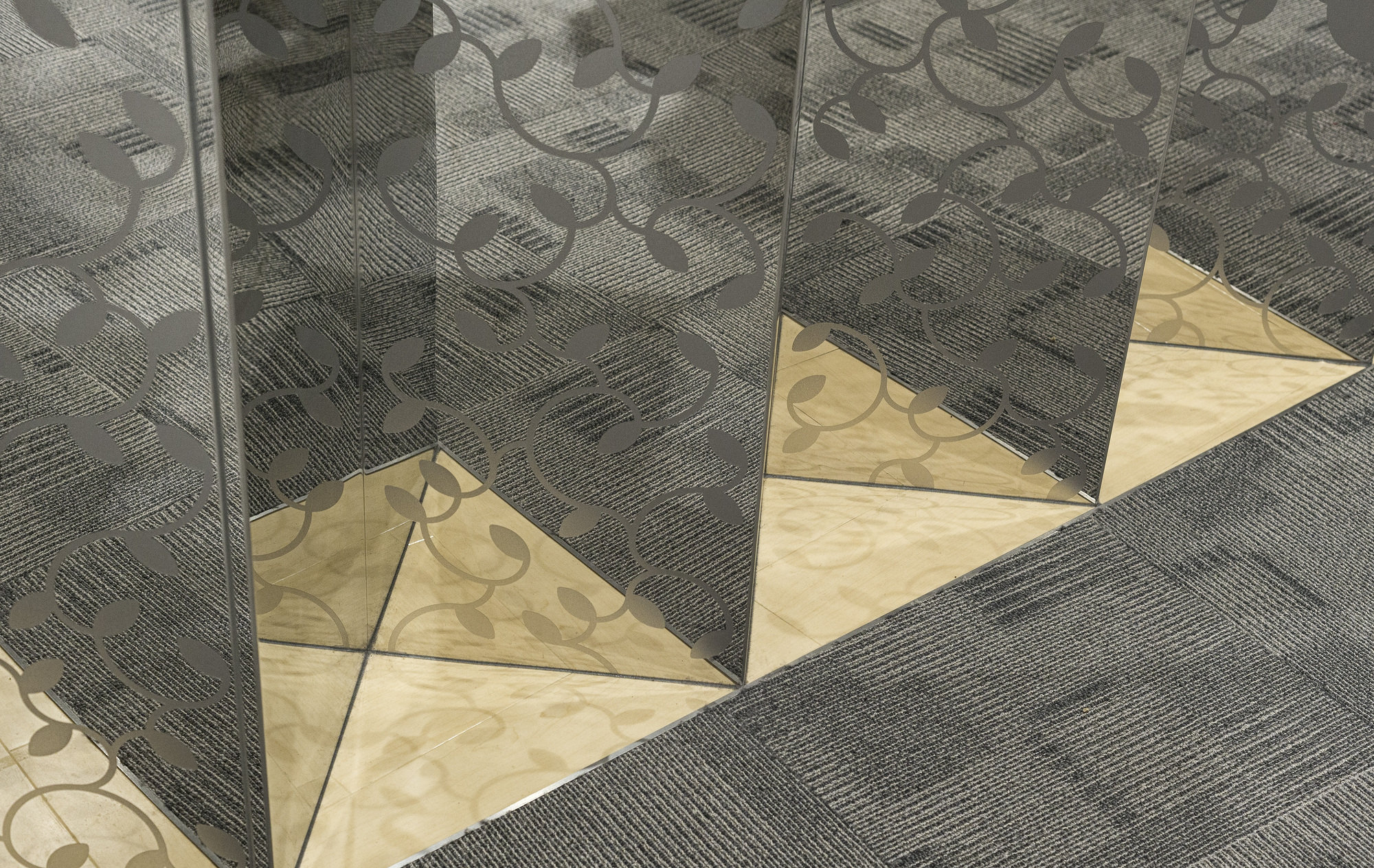 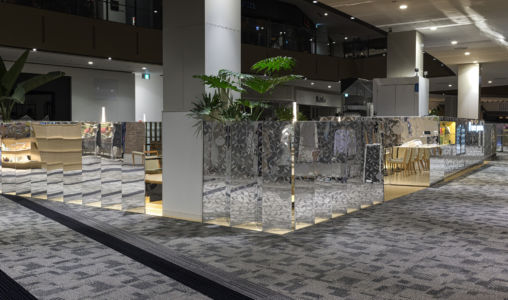 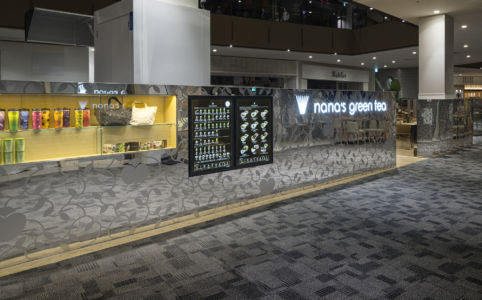 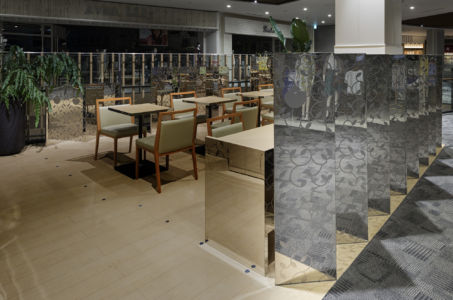 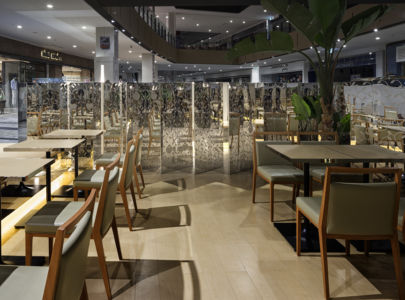 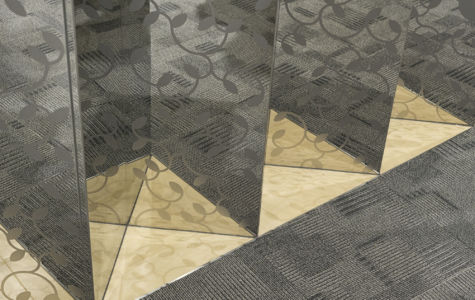 What was the original point of “cha-shitu” (a tea room), where you make teas? It is said to be before “daizu shoin” (a tool used in tea ceremonies) was invented, when they separated a hall with a byobu and placed a daizu to use it as a “place to make tea”. This is why the tea rooms are called “kakoi” (a coop) in the later days.

The tea rooms were downsized to 6 jou, 4 and a half jou, 2 jou and 1 and a half jou. The decorations were simplified under the idea of “making things as less as possible”. Therefore, in nana’s green tea Kyoto Katuragawa Store, I had thought of making a tea rooms just with the byobu and develop the art of “simplification”. What I actually did was to finish the byobu with mirrors and designed the whole store being complete when the customers are reflected on the mirrors in order to put into the spirit of tea ceremonies, which is “wabi”.