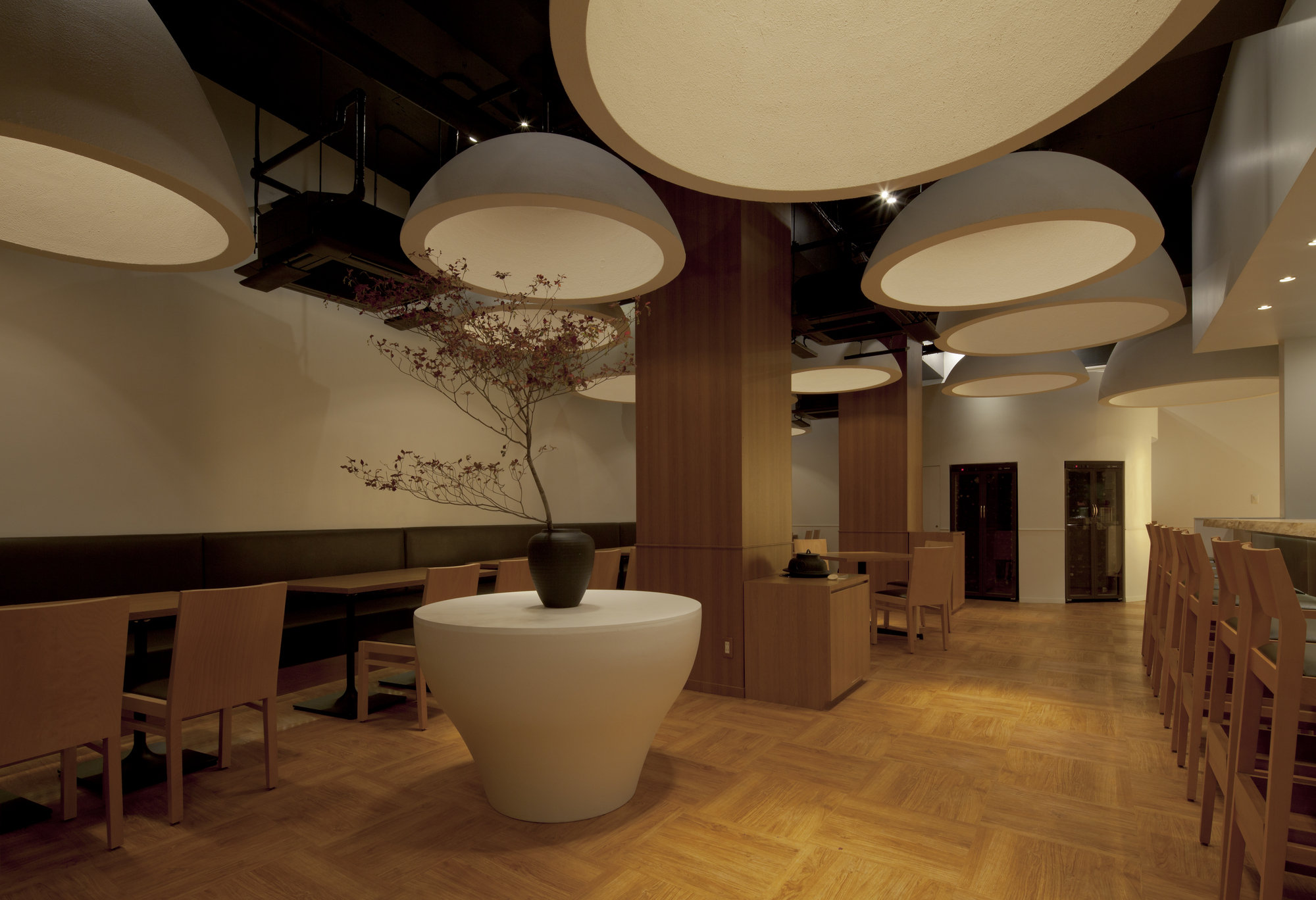 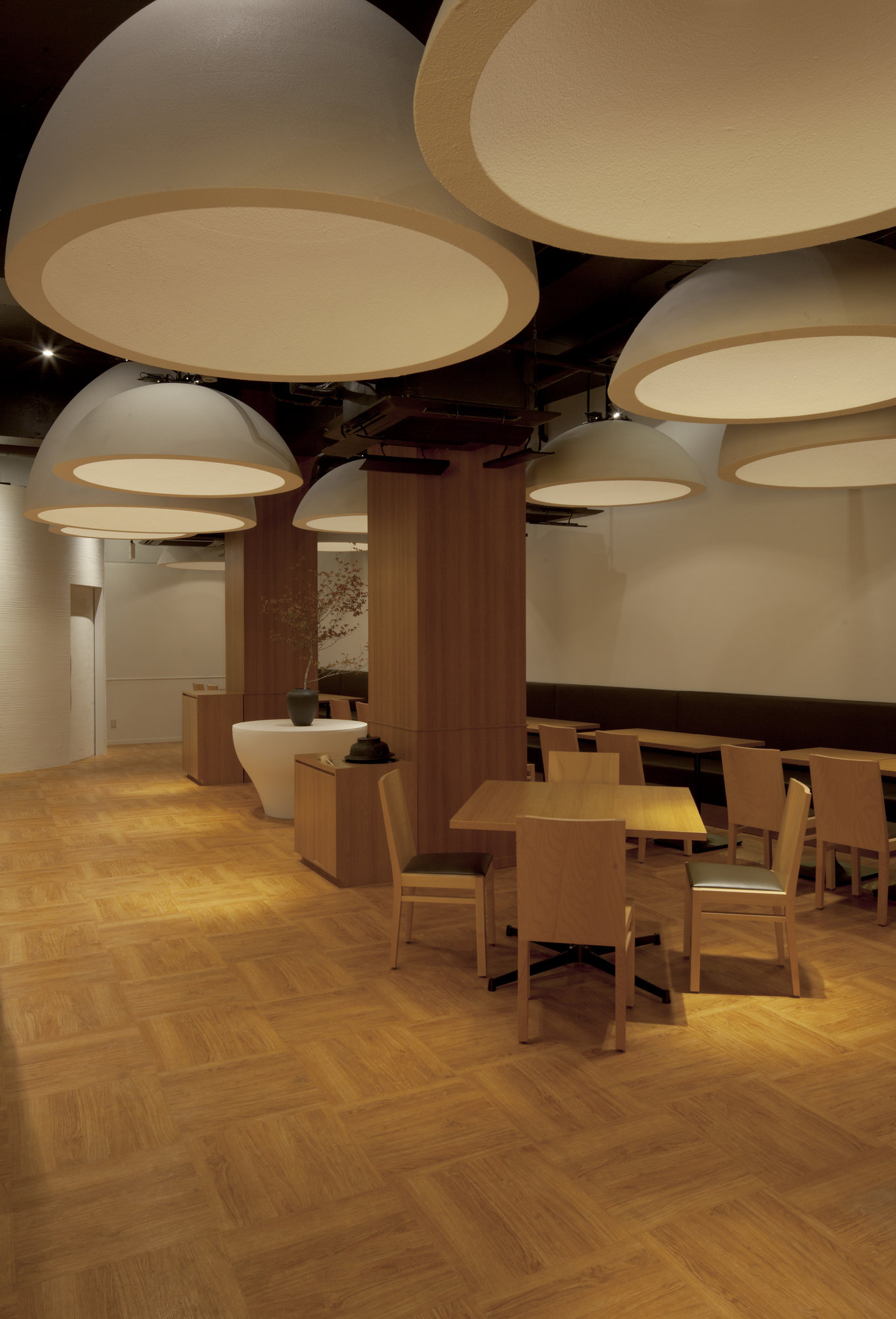 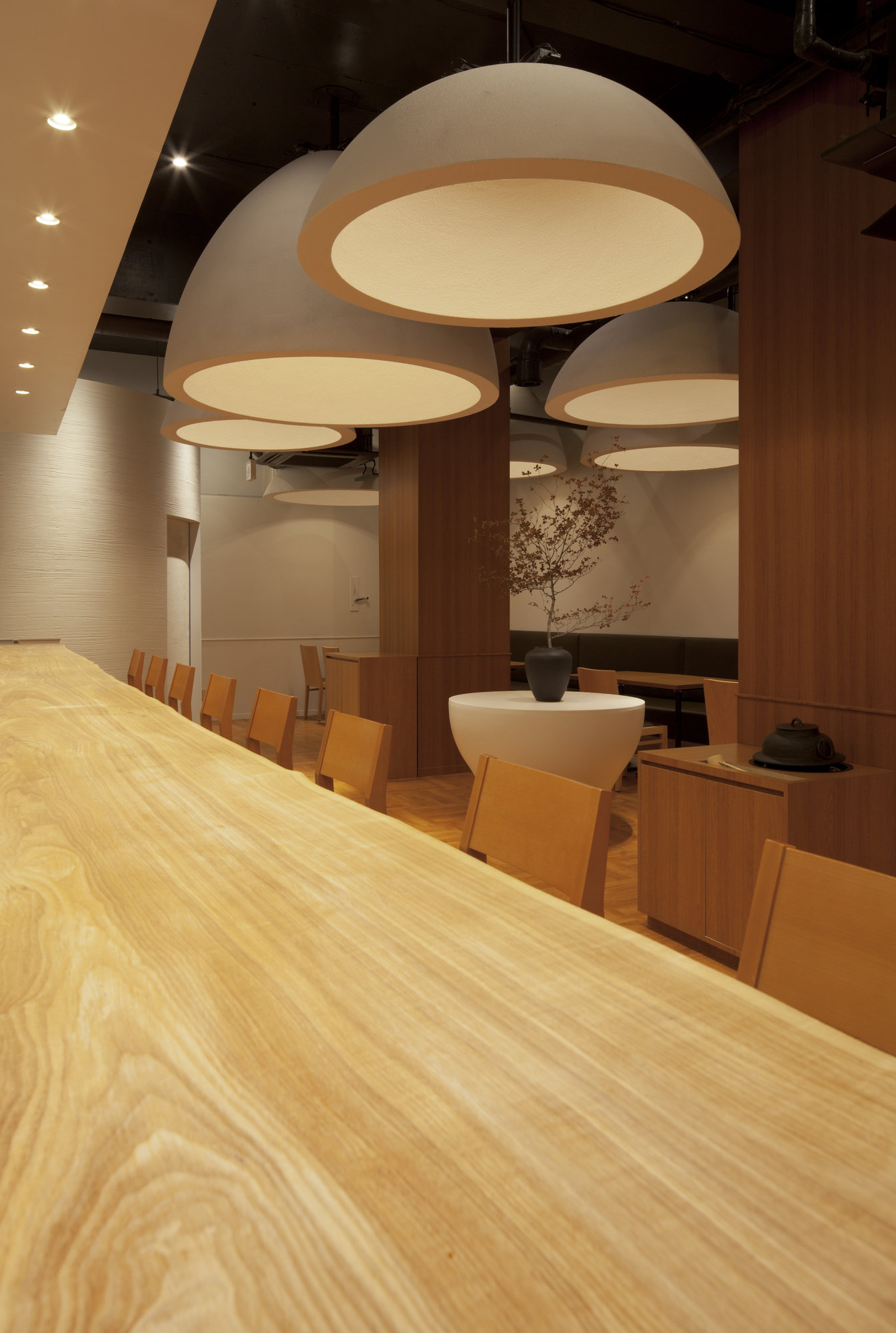 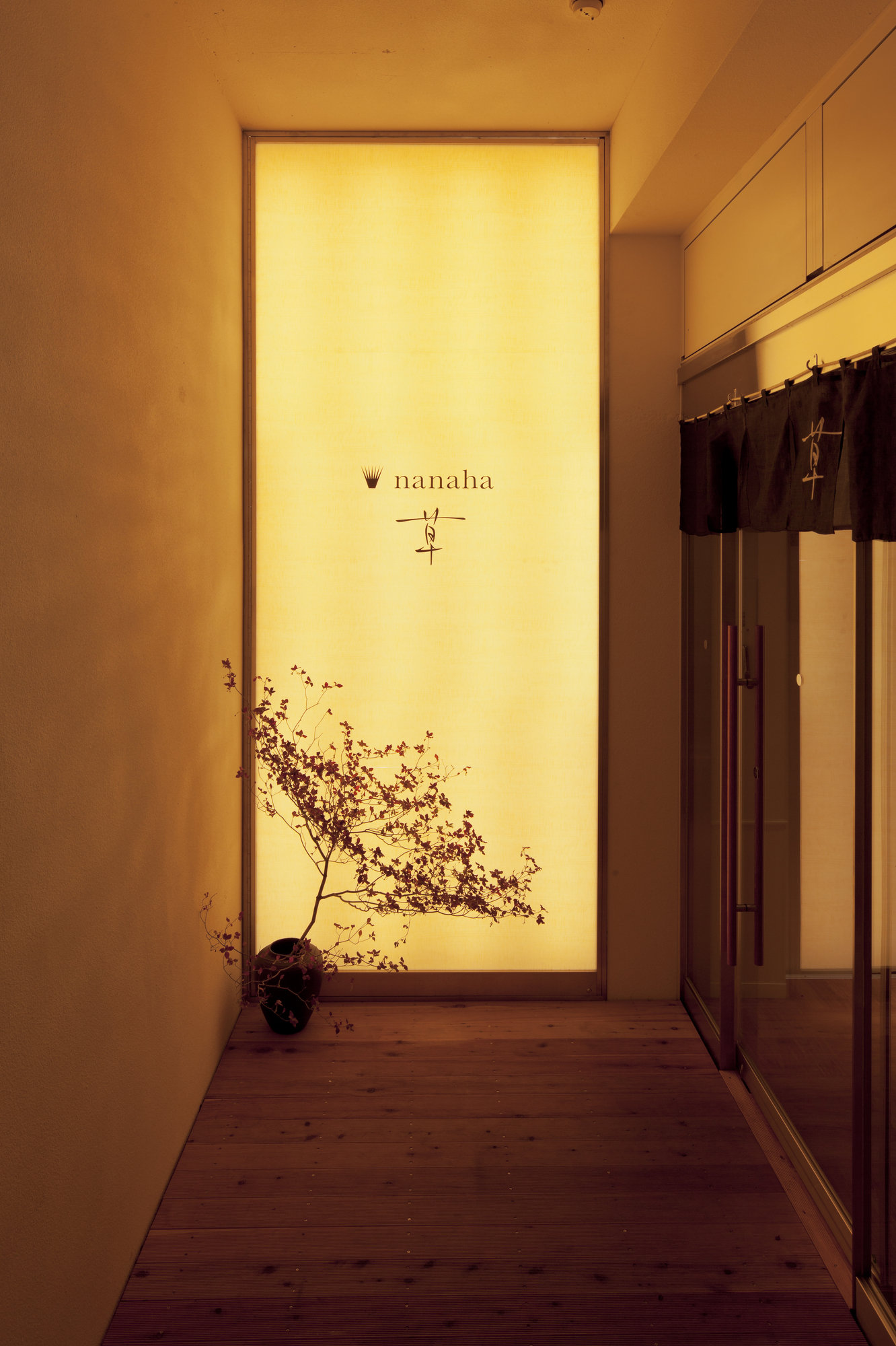 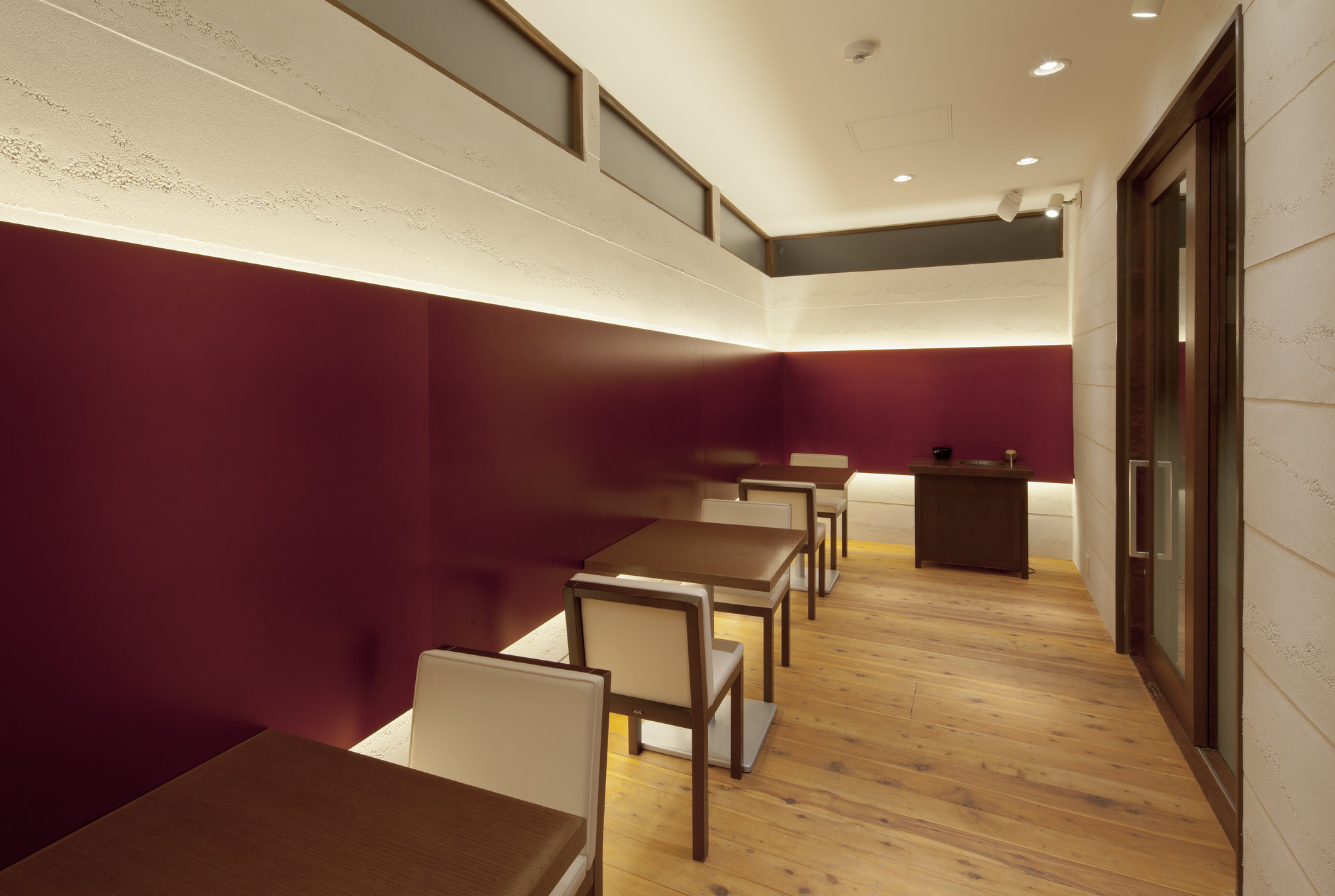 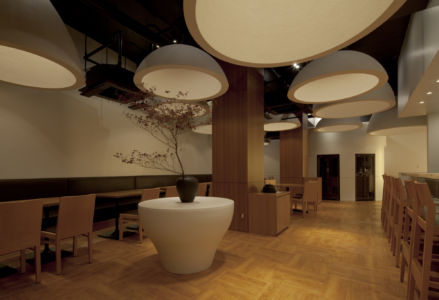 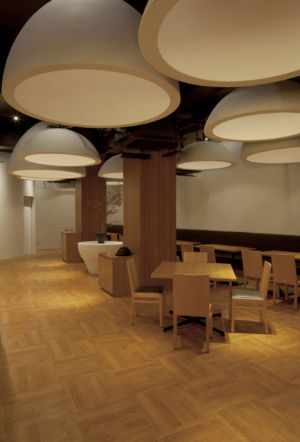 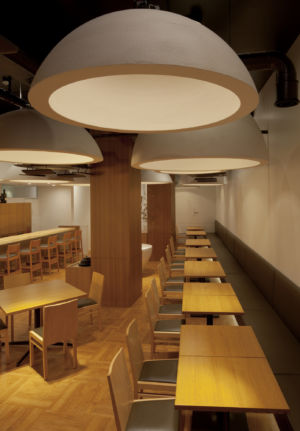 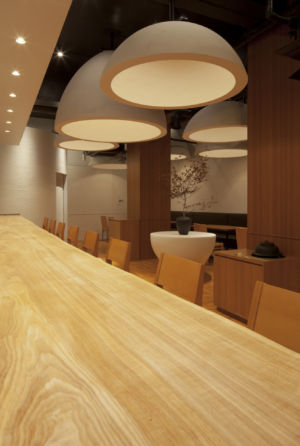 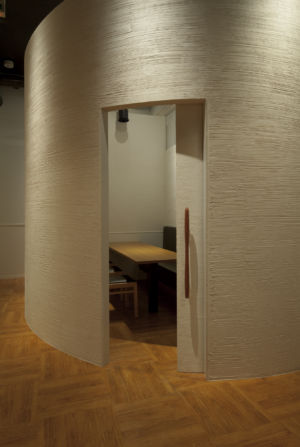 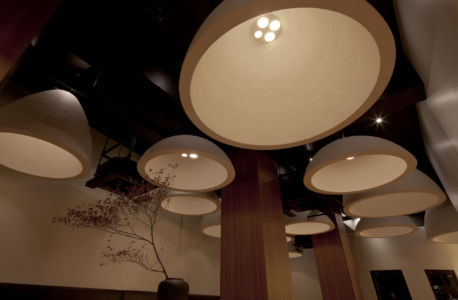 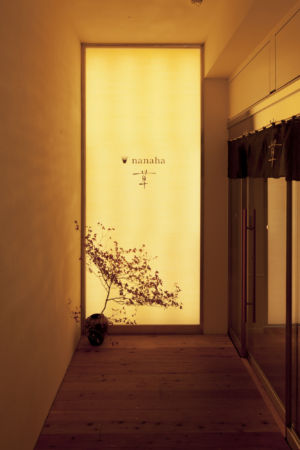 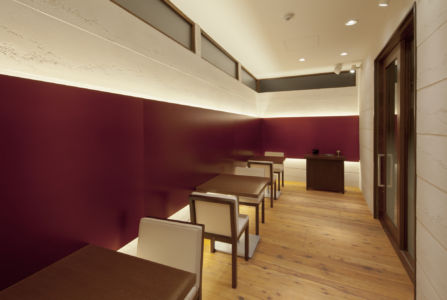 “Gallete – something round and flat”

In the 17th century, when Queen Ann and Louis 13th went out on a hunting trip, they ate “Gallete”, crepe made from buckwheat, for the first time.  After they added Gallete as an imperial cuisine, it became wildly popular to the general. Gallet is not thought to be a formal food.

You can enjoy this French cuisine casually by drinking cider (fermented alcohol beverage made from apple juice). This is similar to Japanese traditional “soba shop”, where you drink sake while waiting for soba to be served. I used the “vessel” of alcohol, what is common in both dishes, as a motif of the ceiling and used it as round mild lighting equipment that hangs above each table.