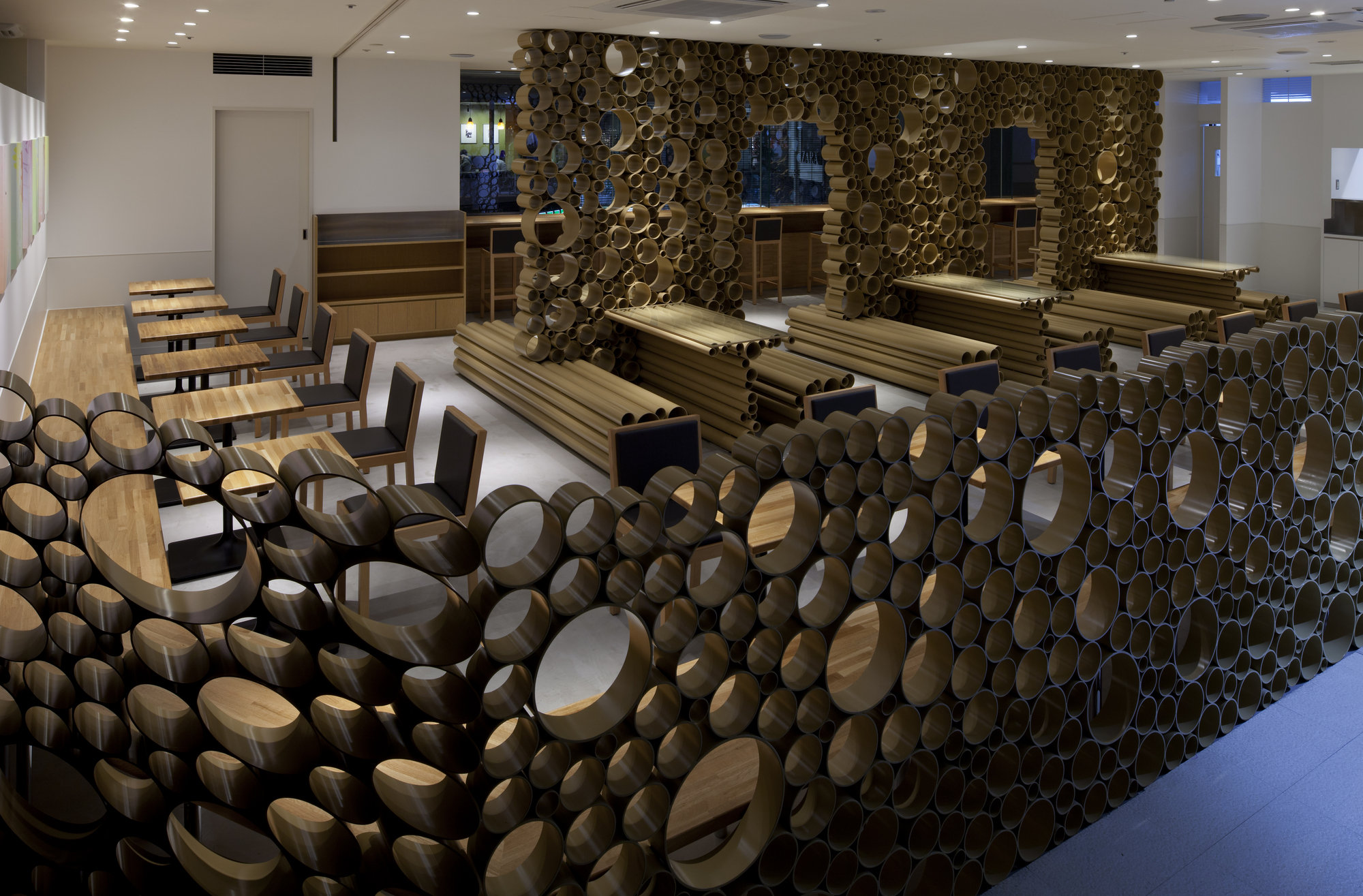 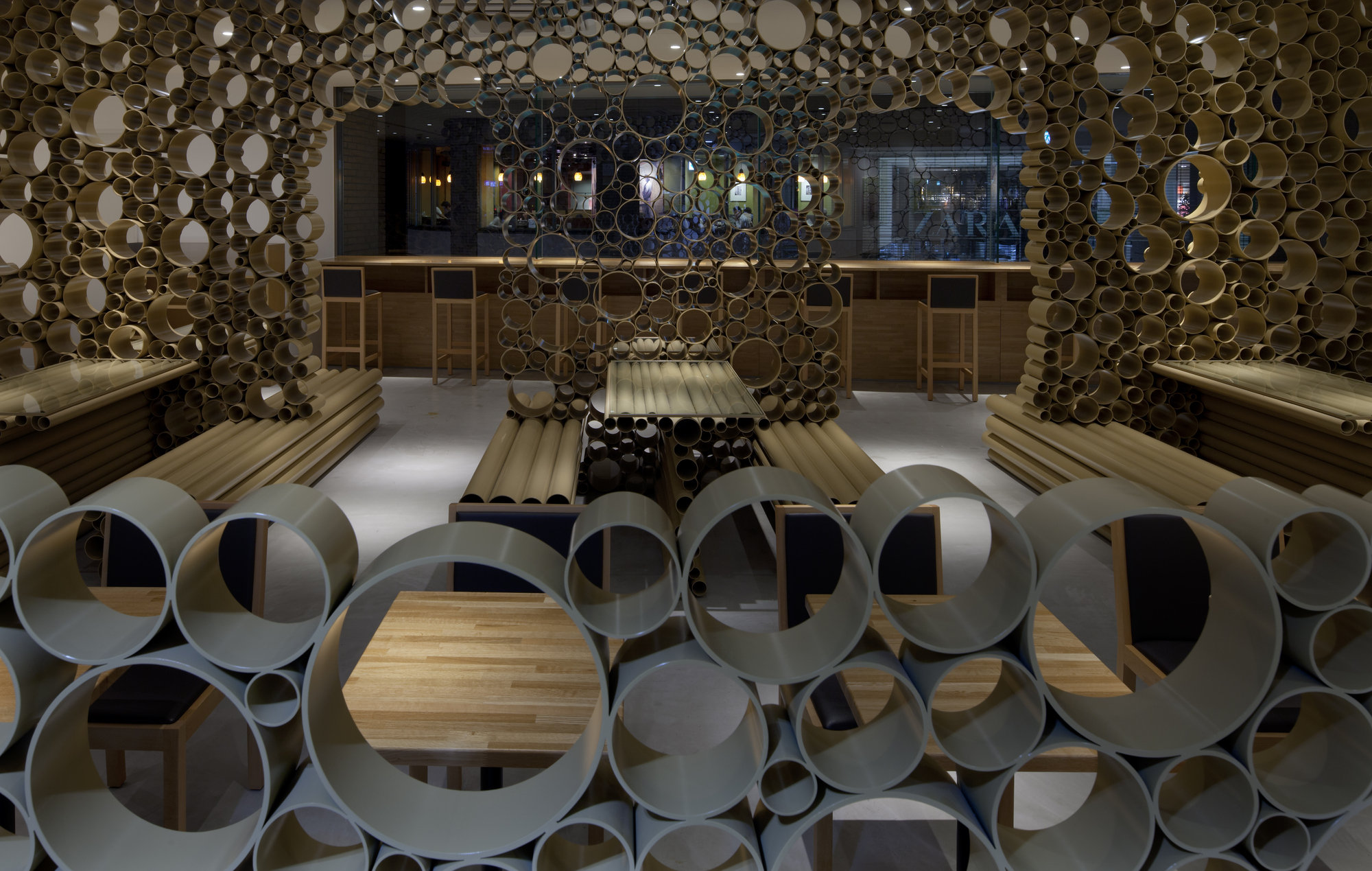 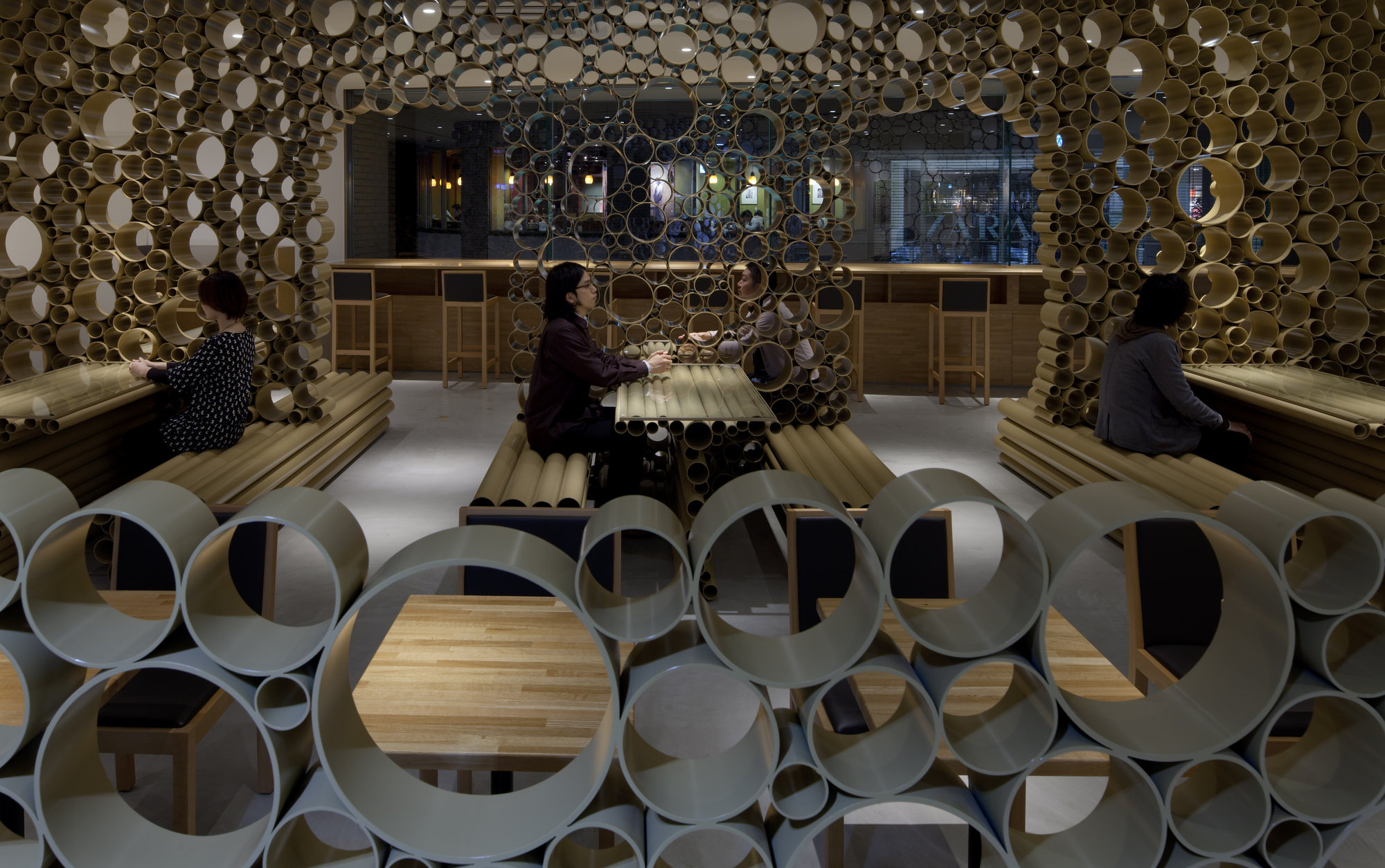 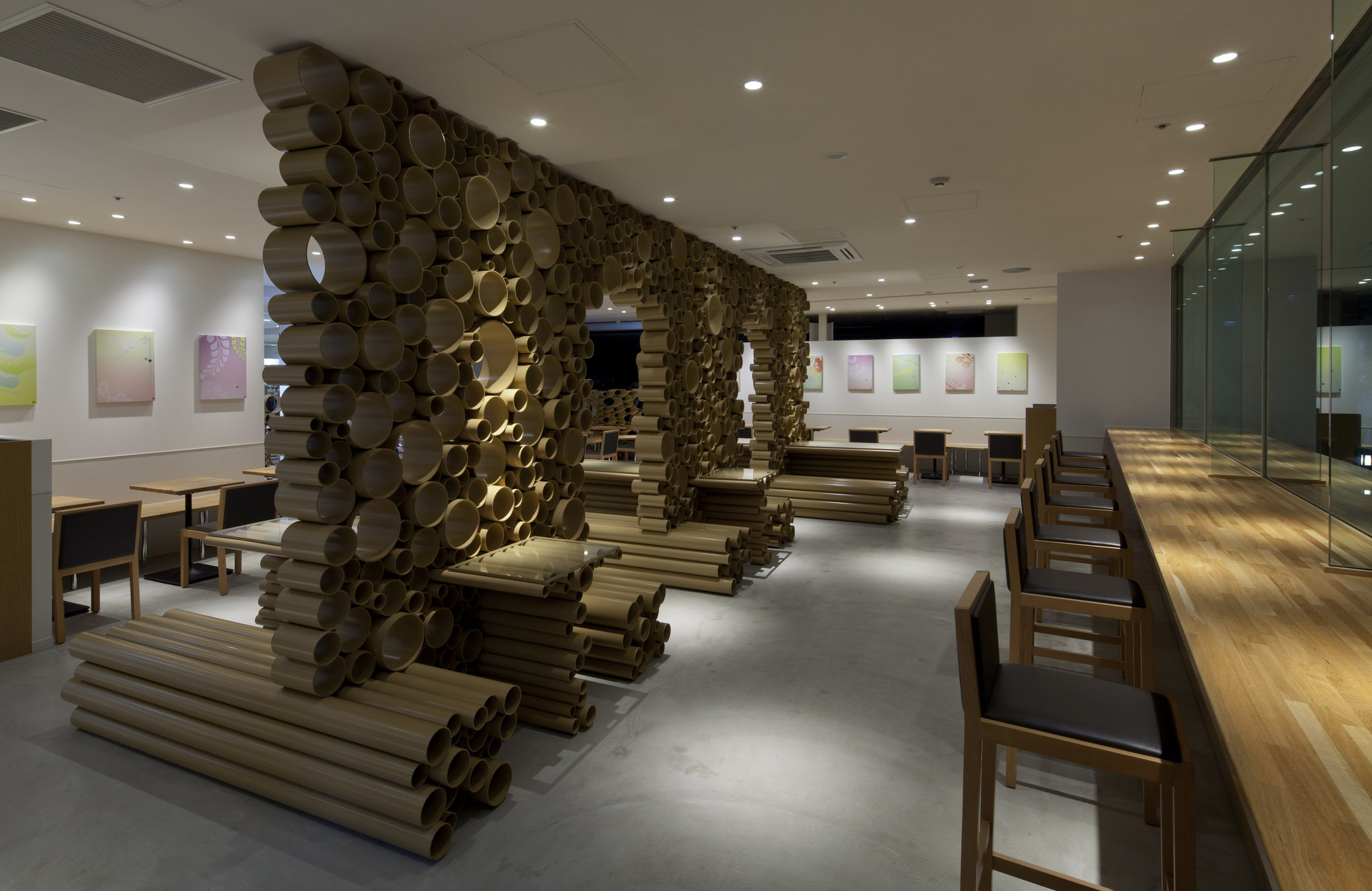 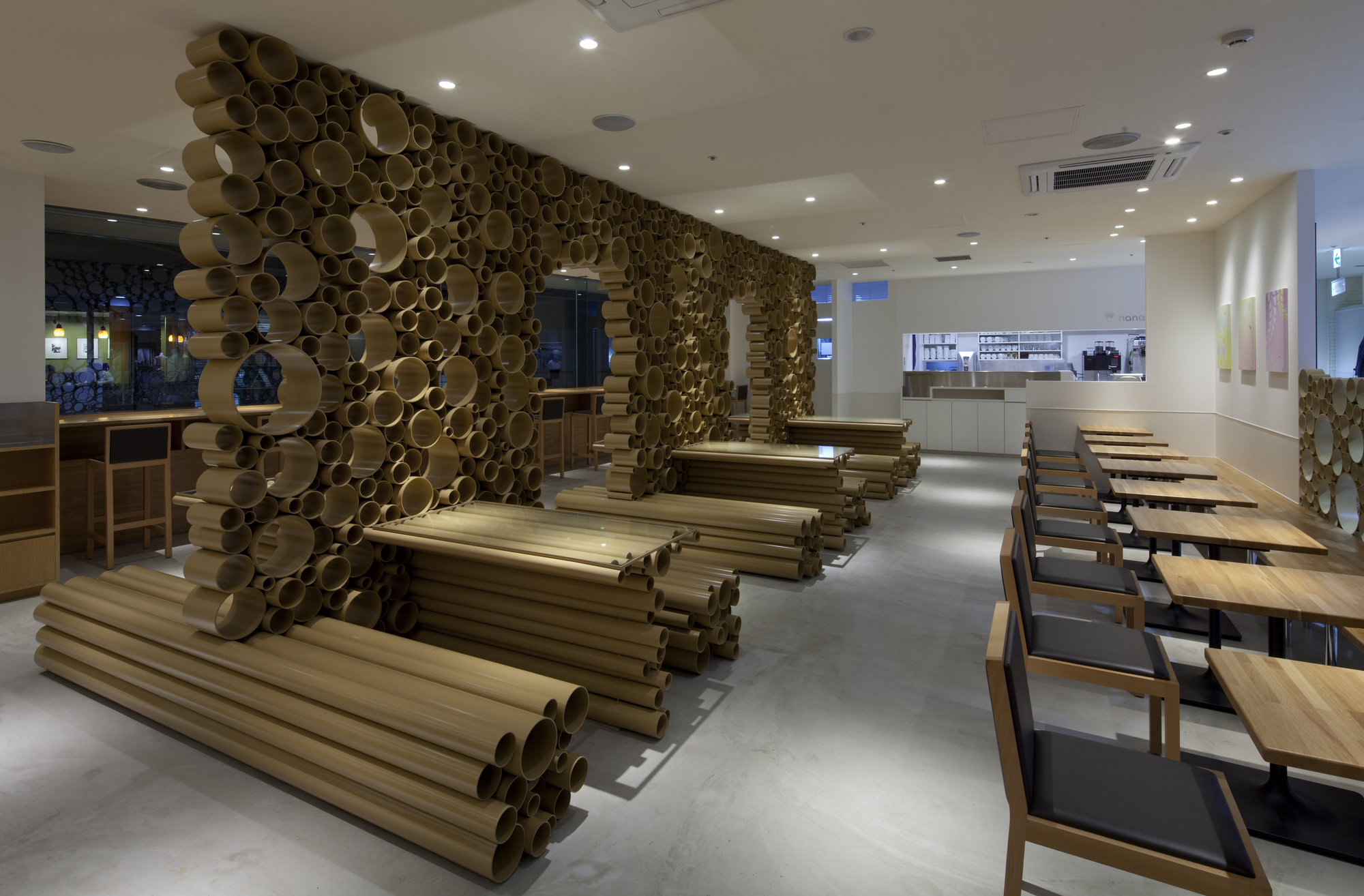 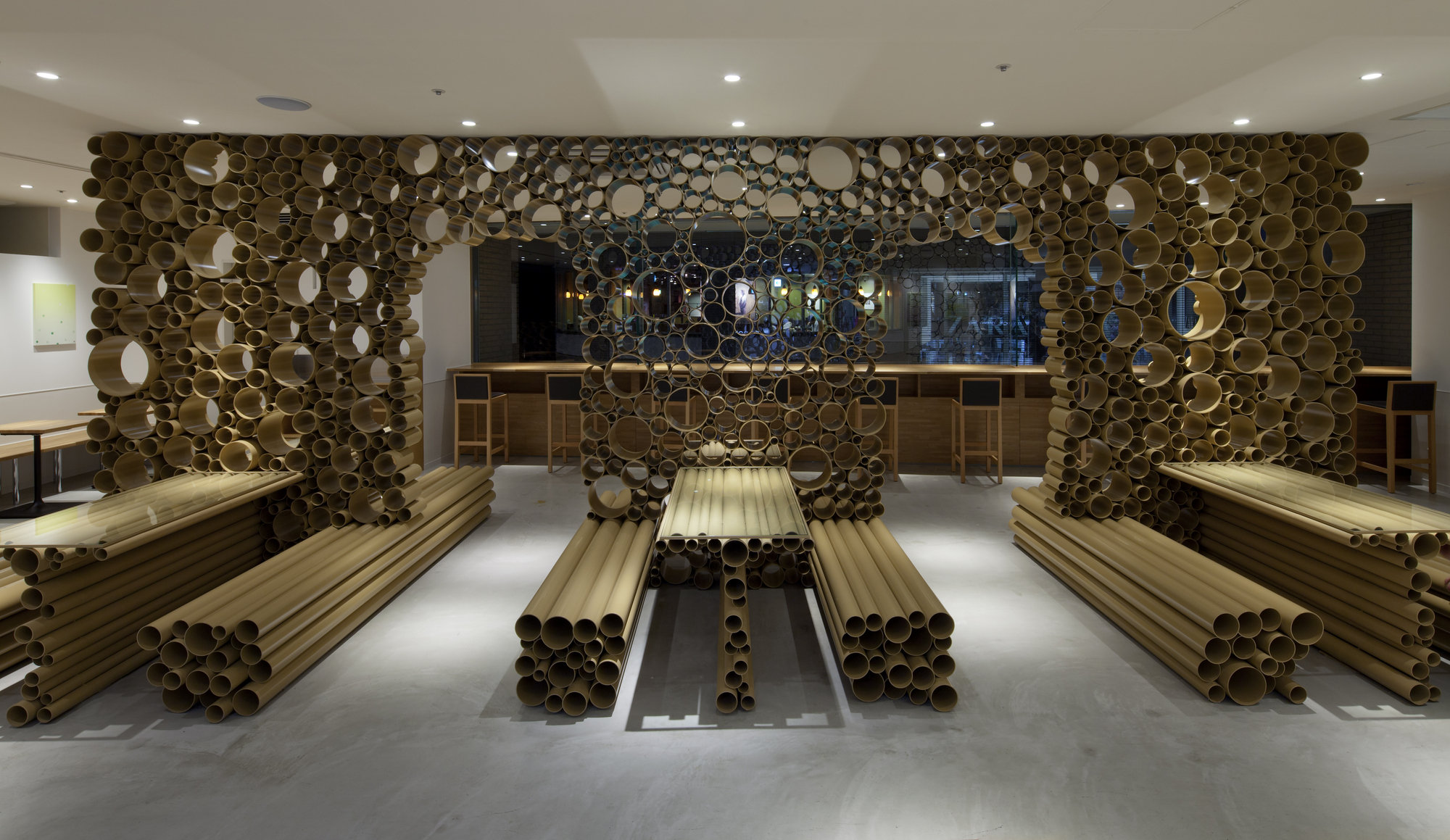 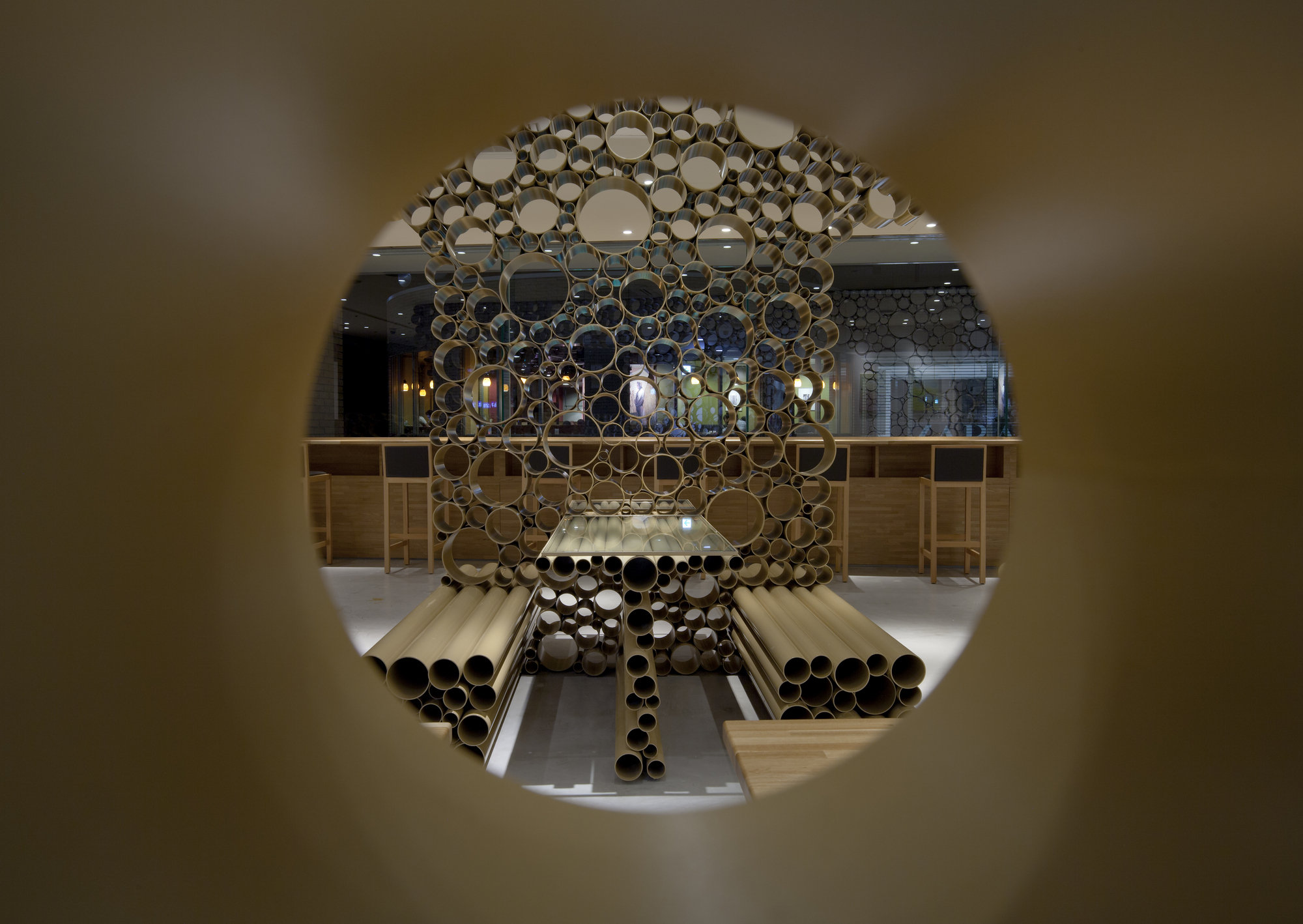 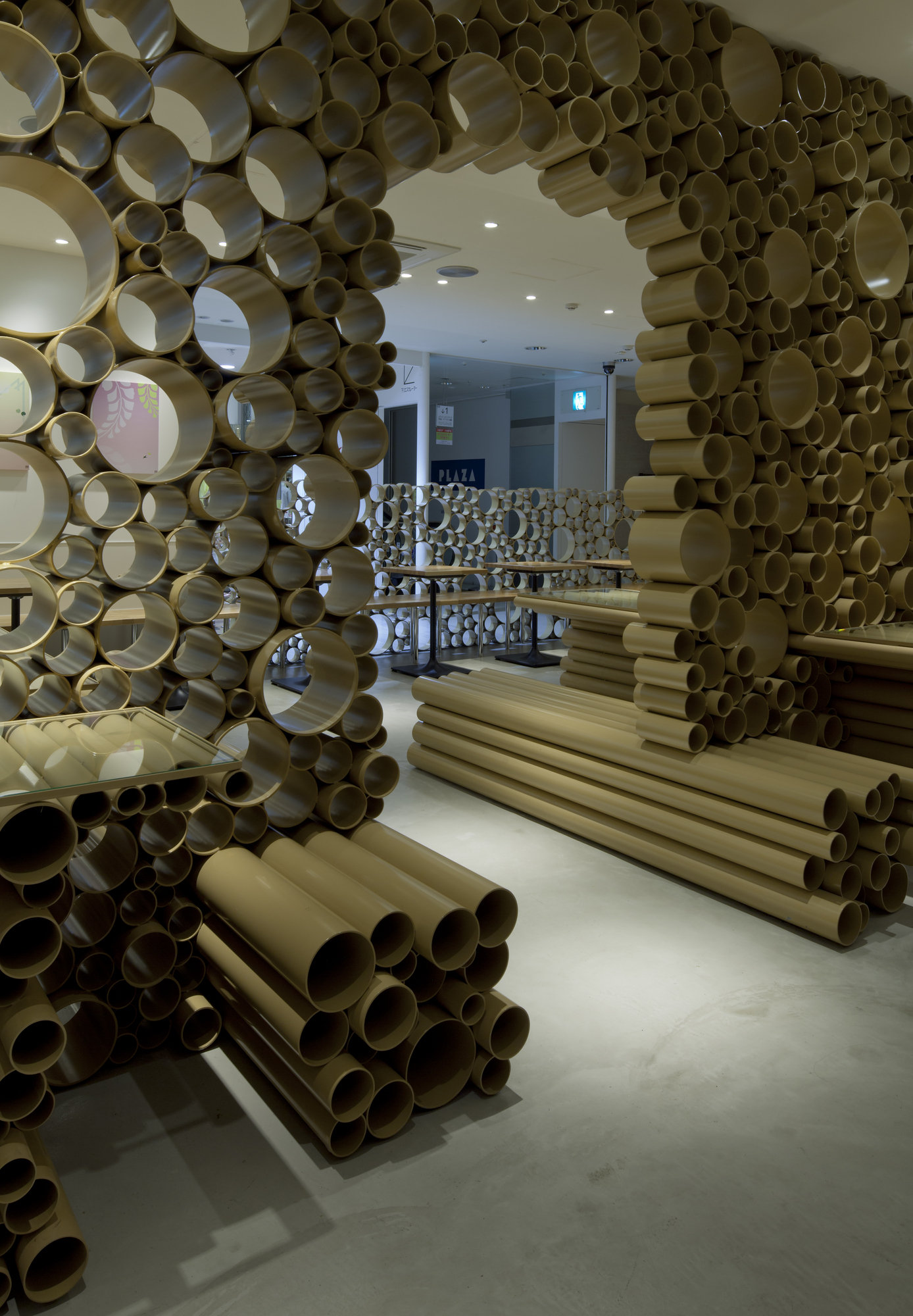 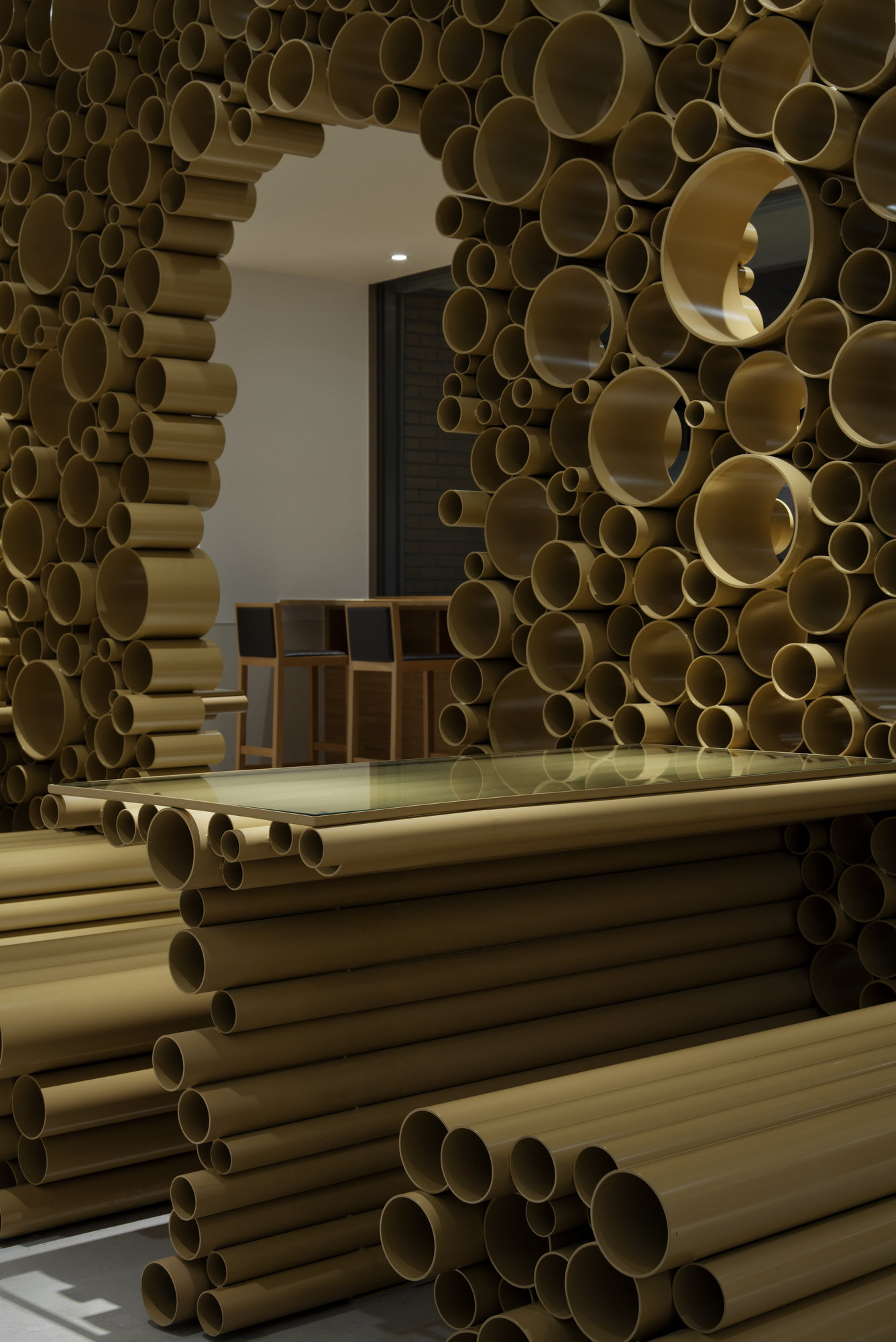 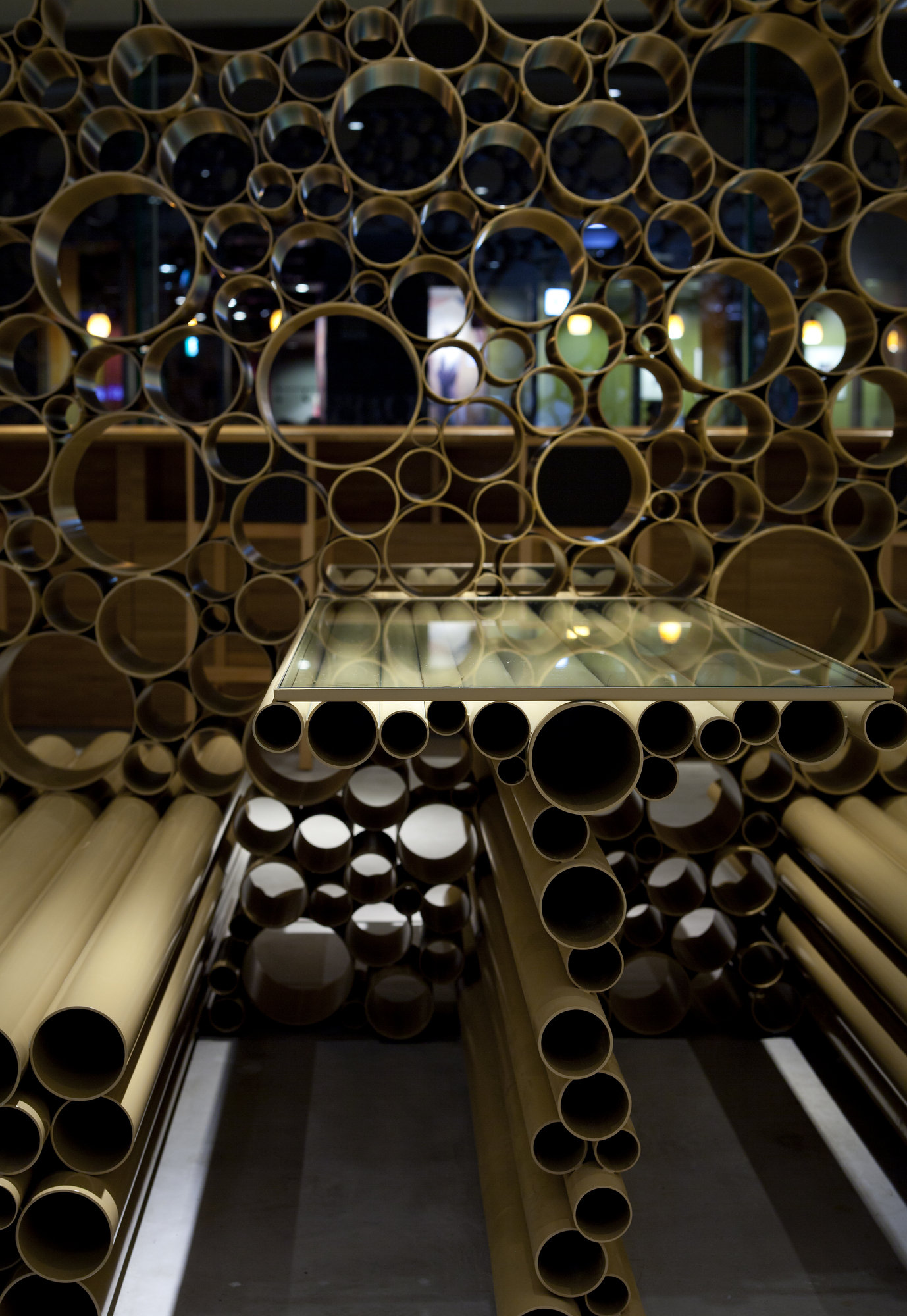 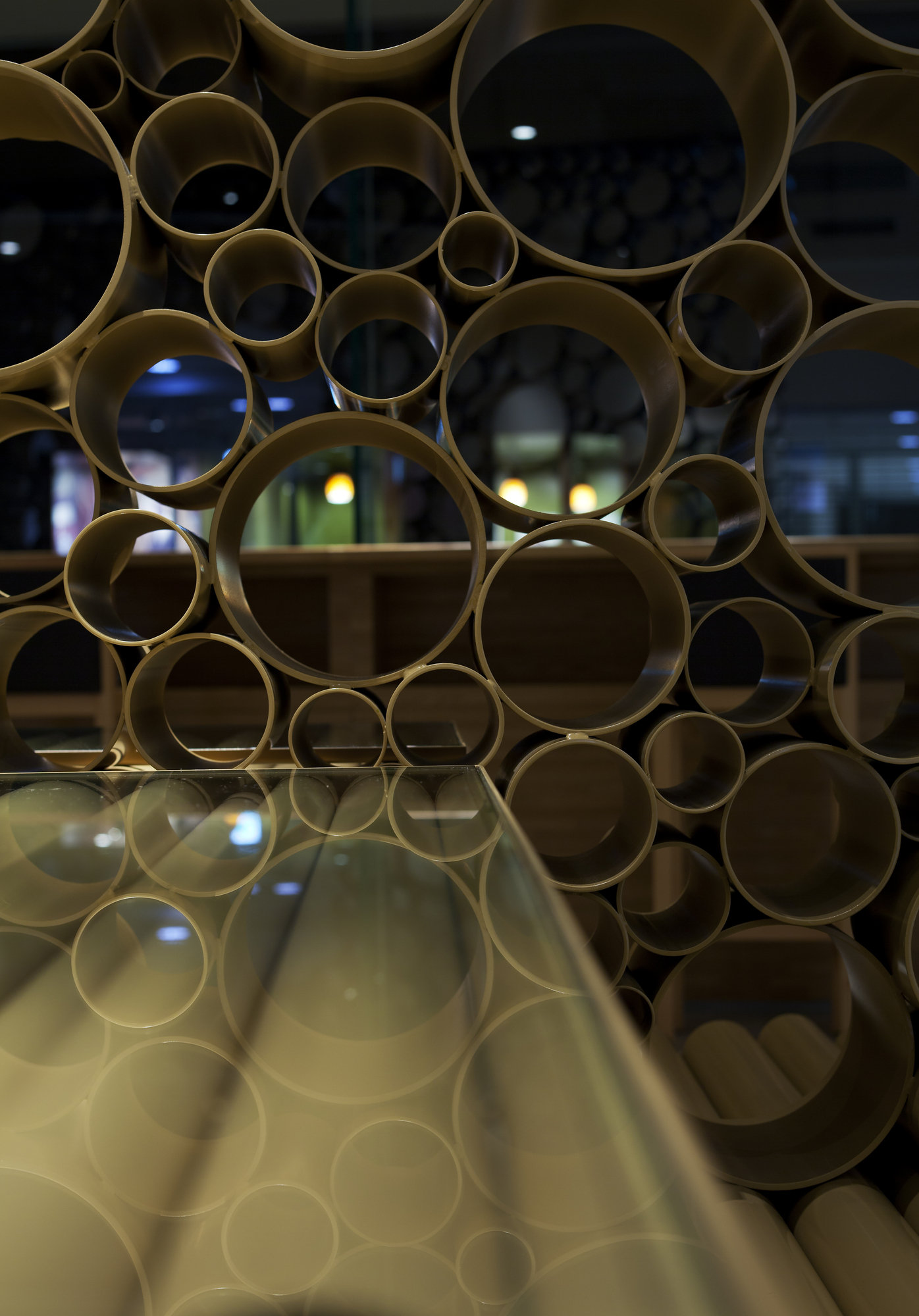 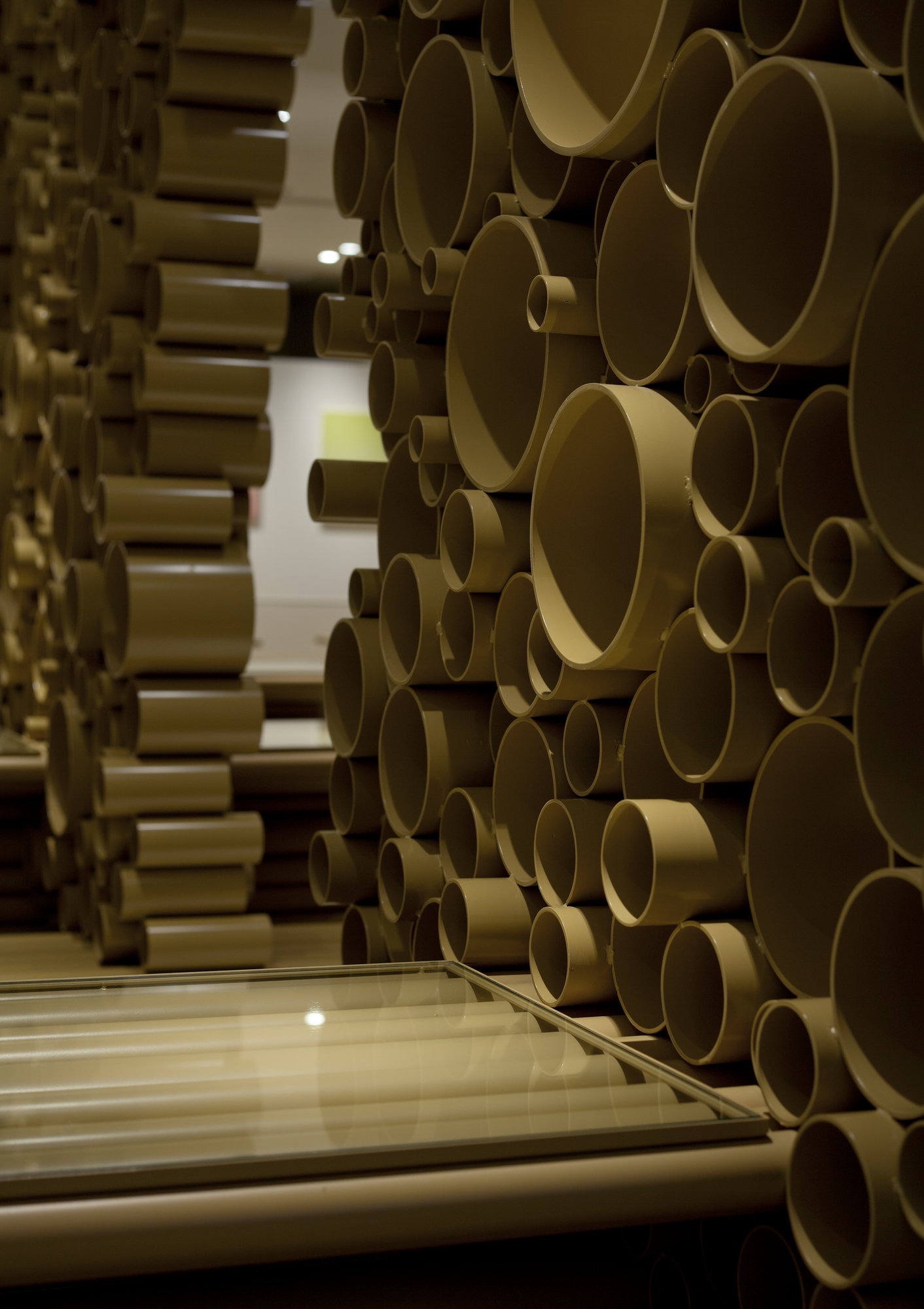 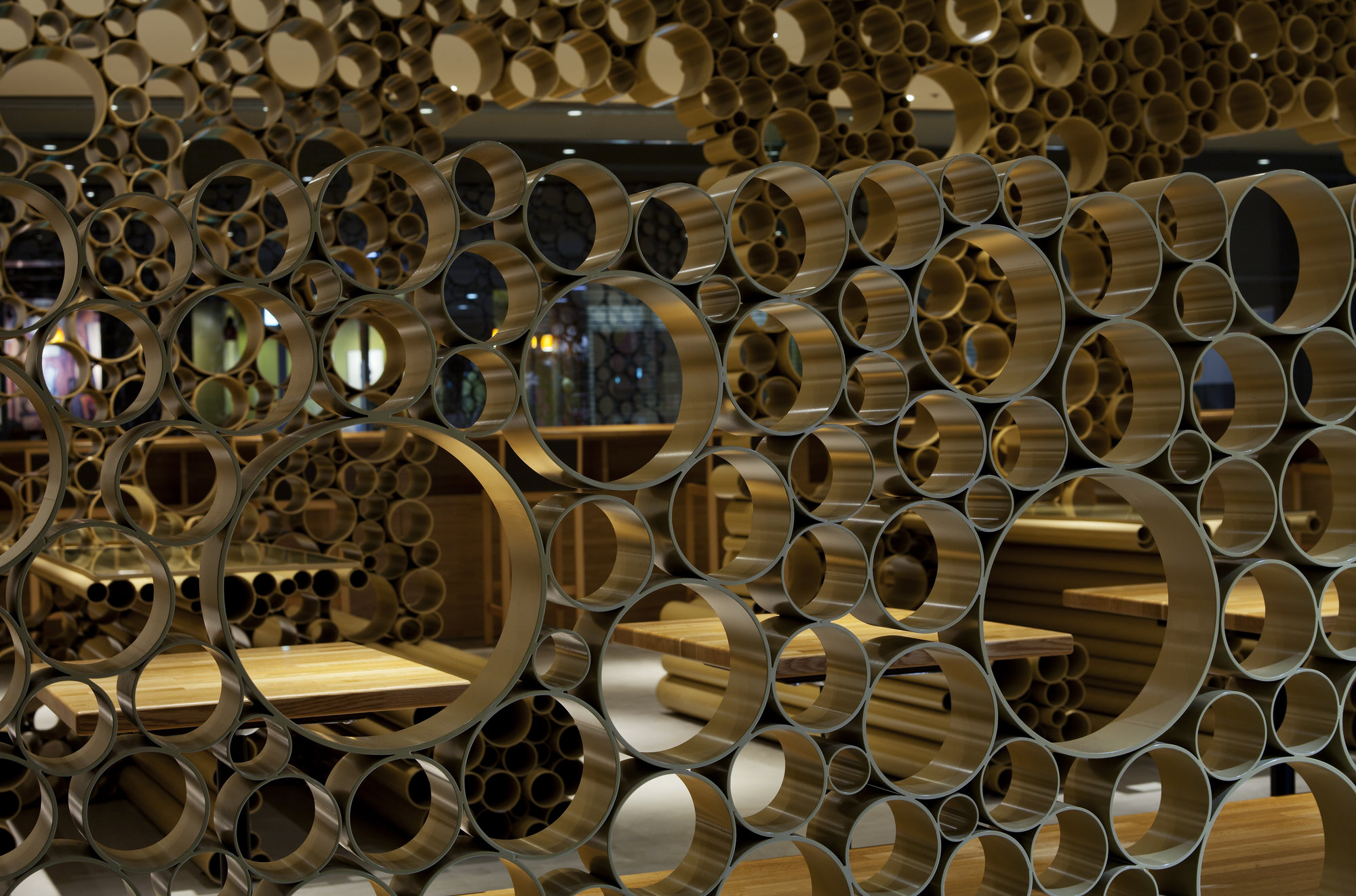 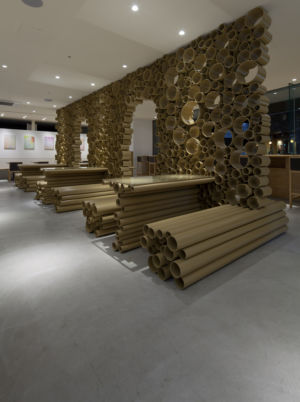 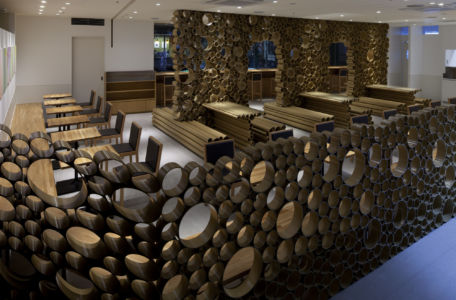 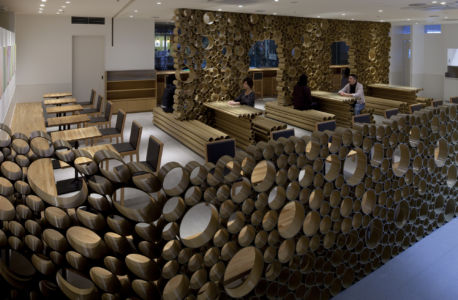 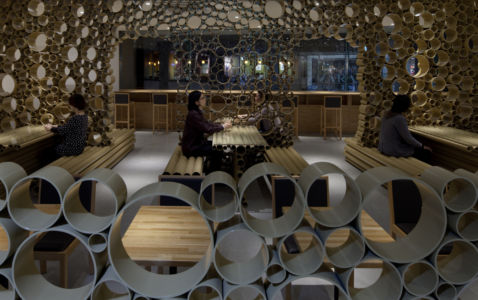 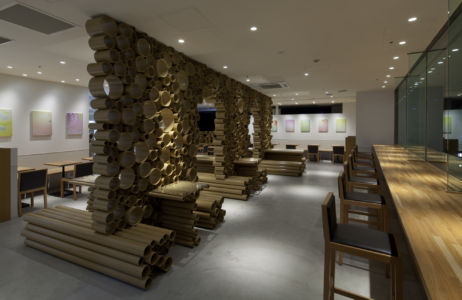 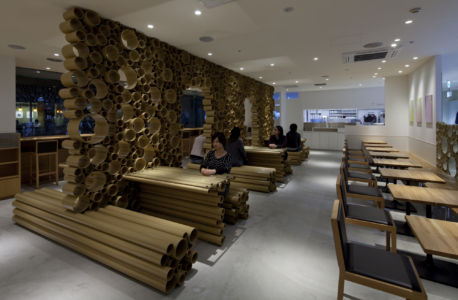 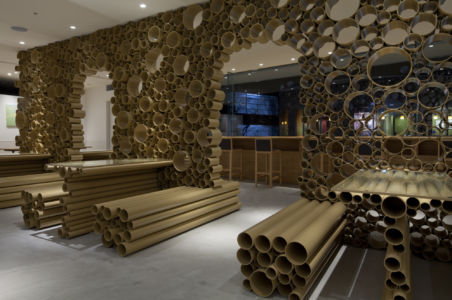 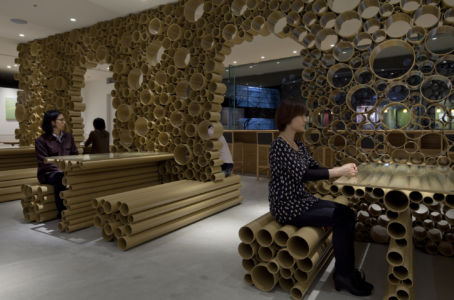 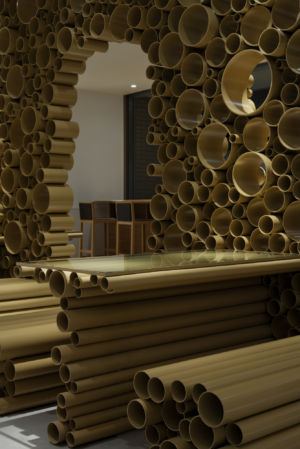 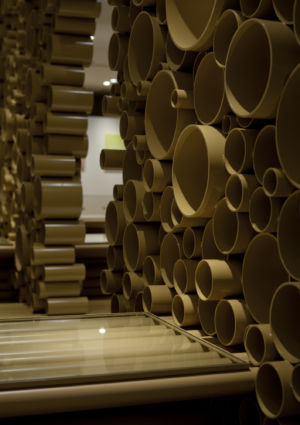 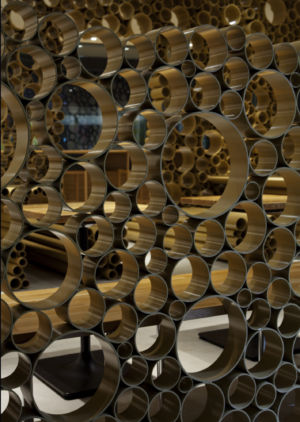 Tea rooms are said to be equal to making logs because most of the materials are used without being cut into square. Moreover, in order to make it look more naturally, many logs that differ in sizes are used in one tea room. And as in words “a tea room is a tea cup”, “chairs” and “tables” are the “tea room” itself in the Japanese culture, where there were no furniture such as those.

Therefore, at nana’s green tea Shizuoka Marui shop, I thought of building a “tea room” and even making”tables” and “chairs” with “steel pipes”, which are modern logs.