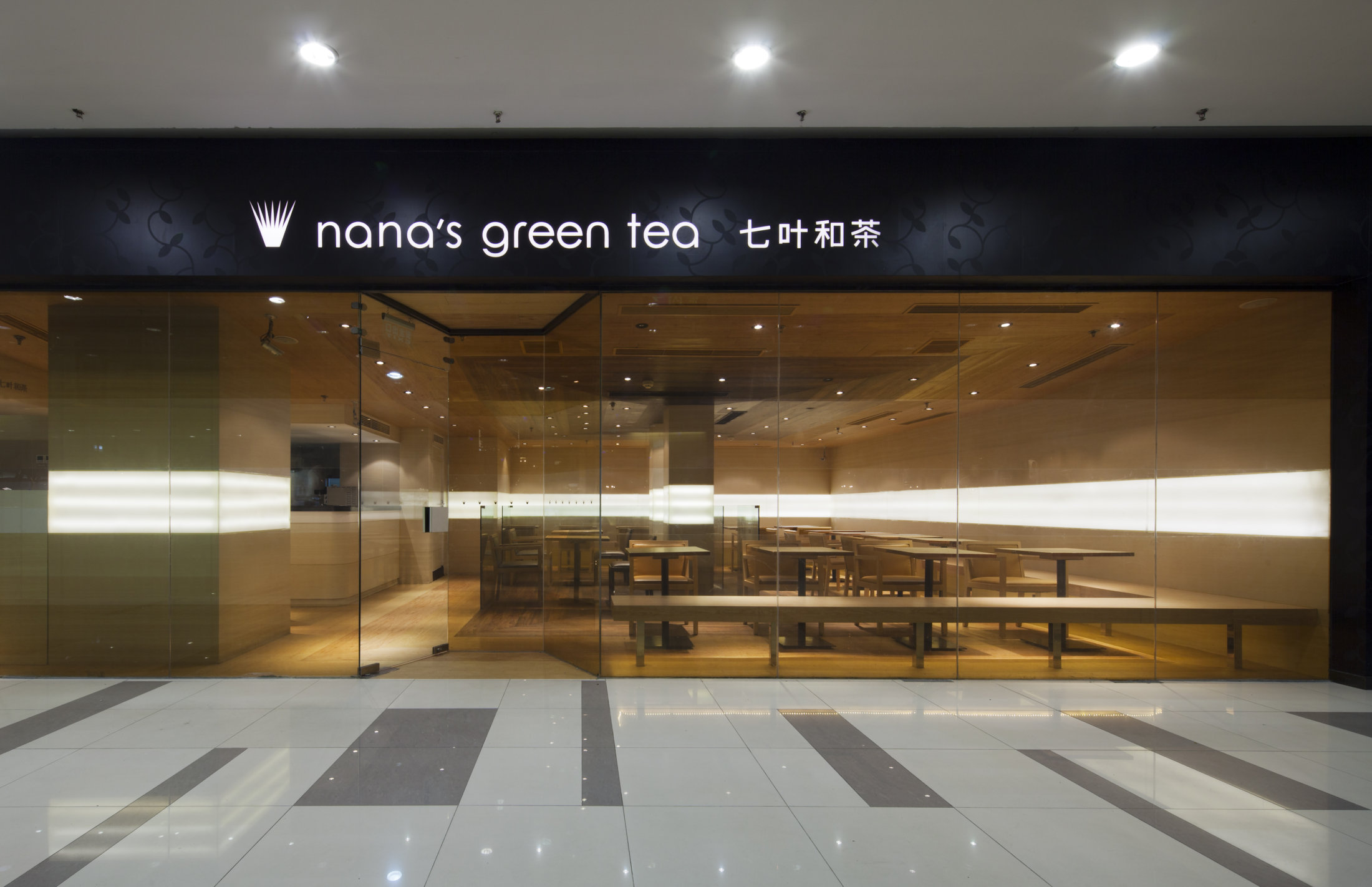 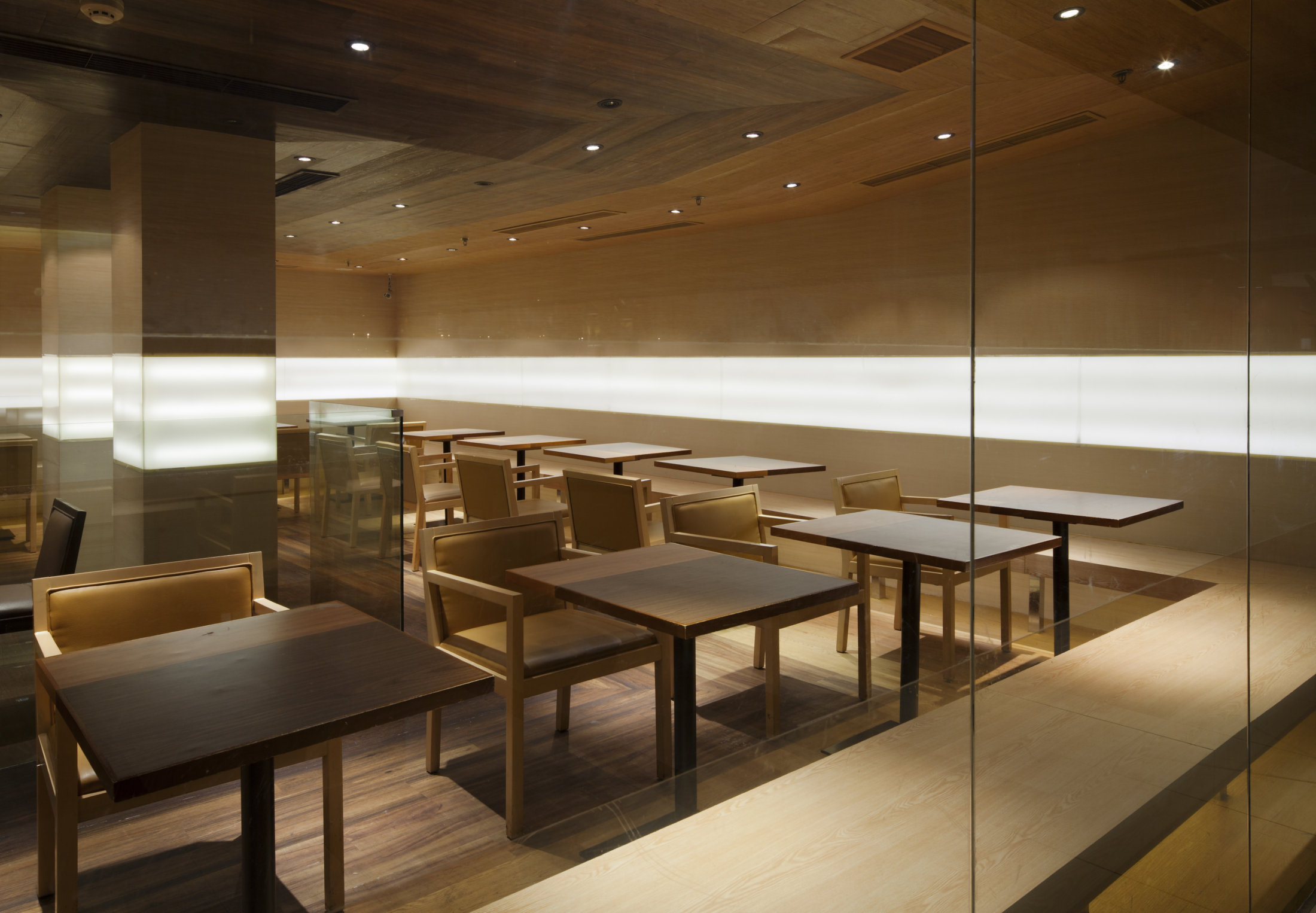 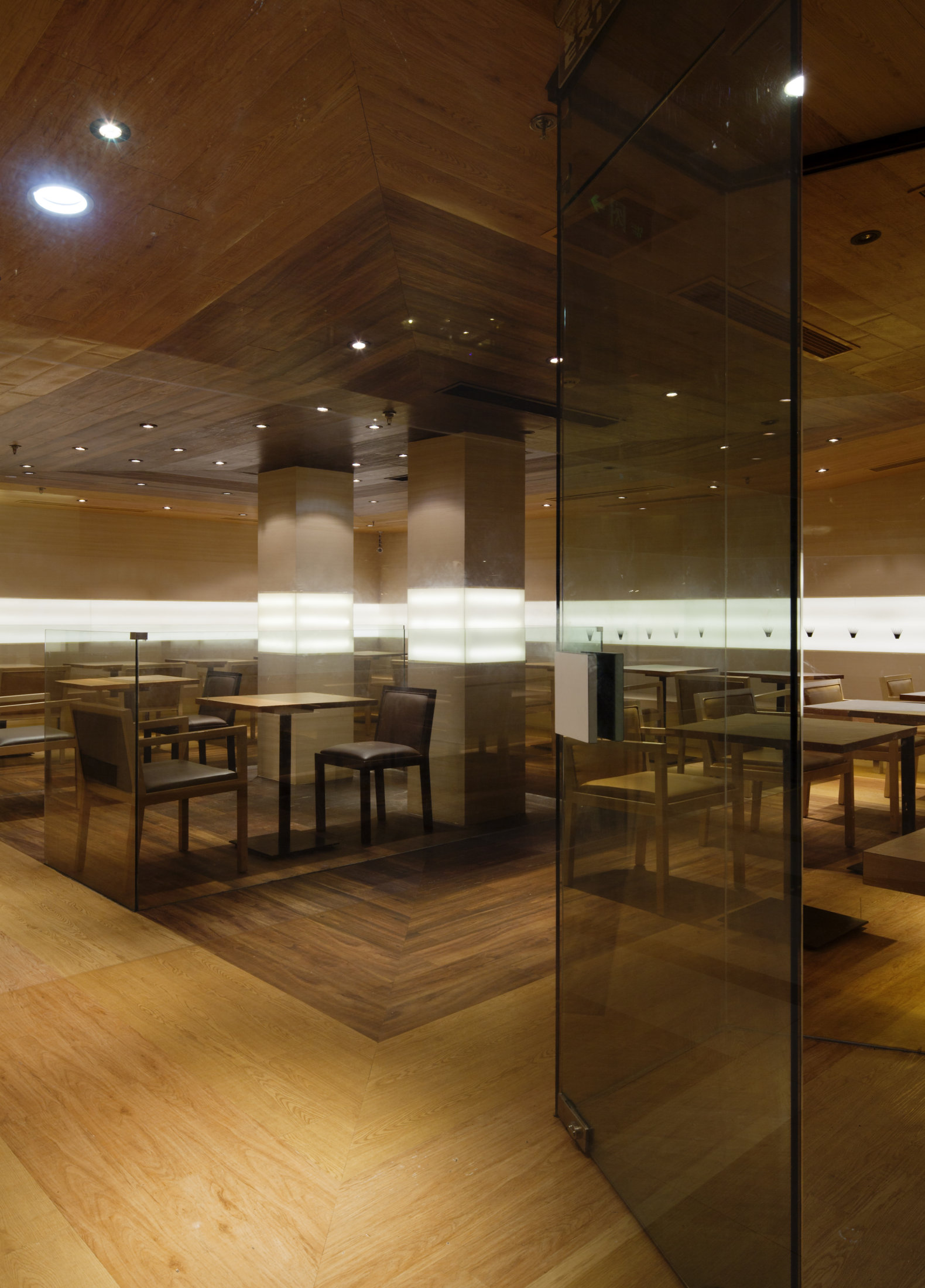 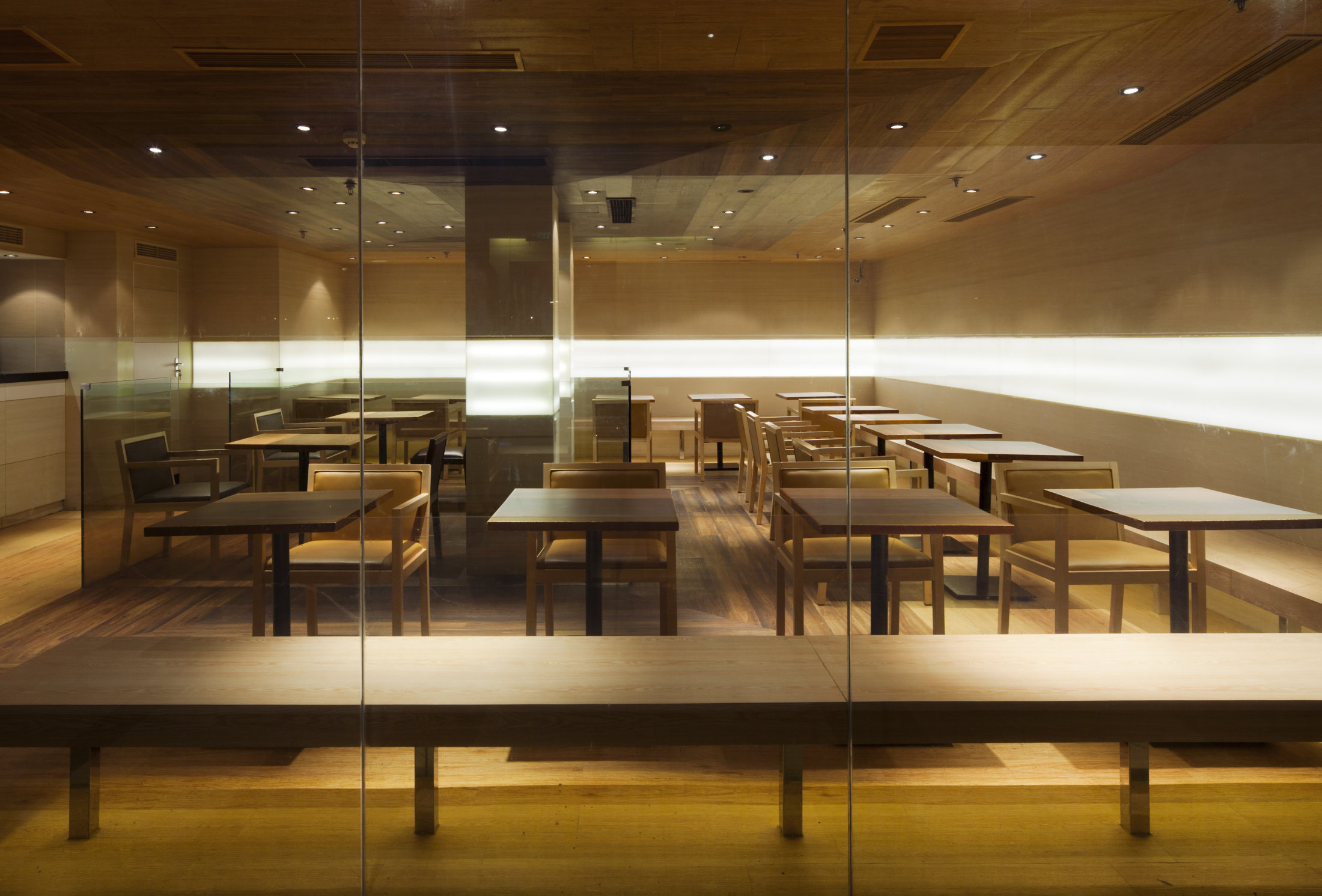 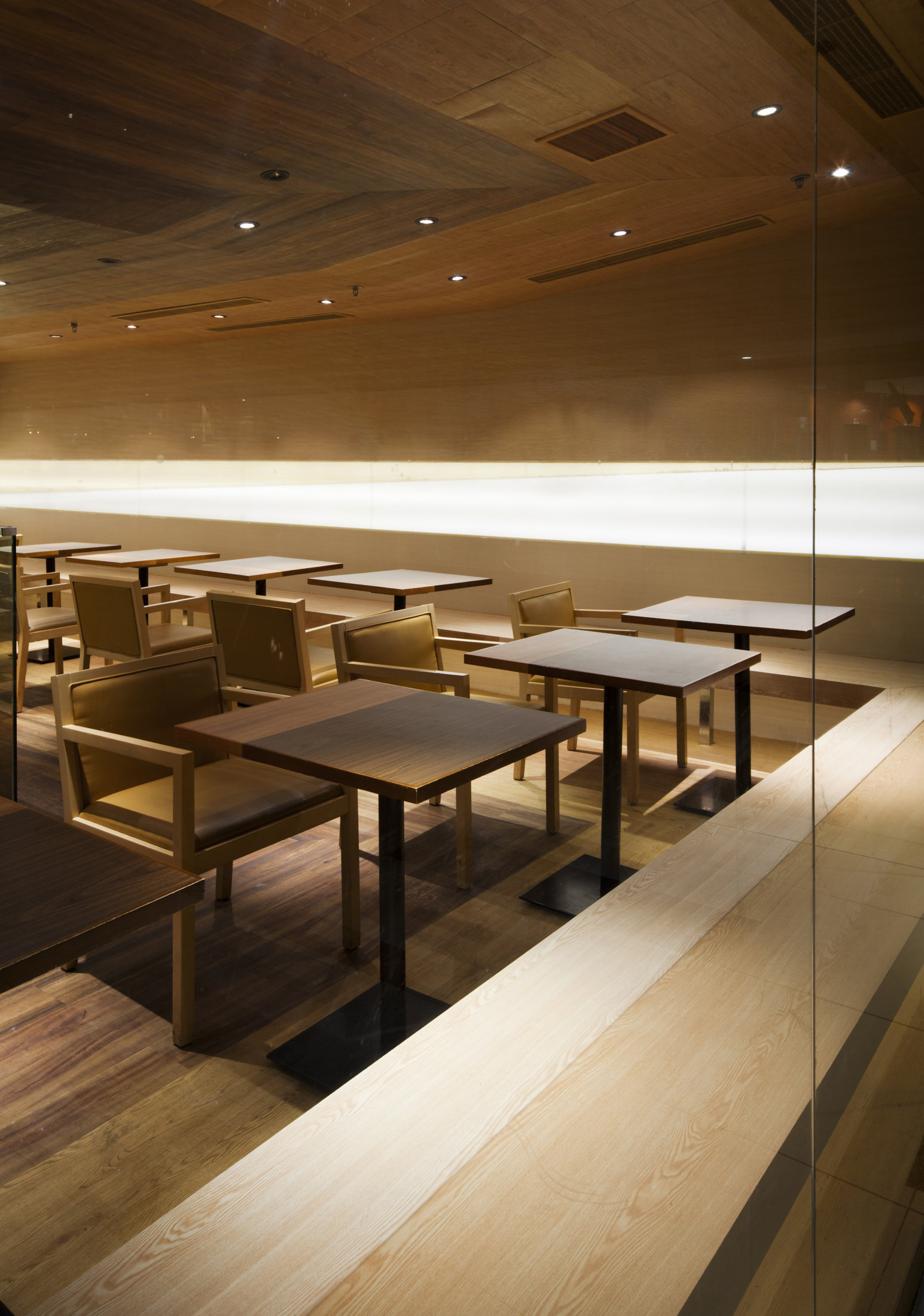 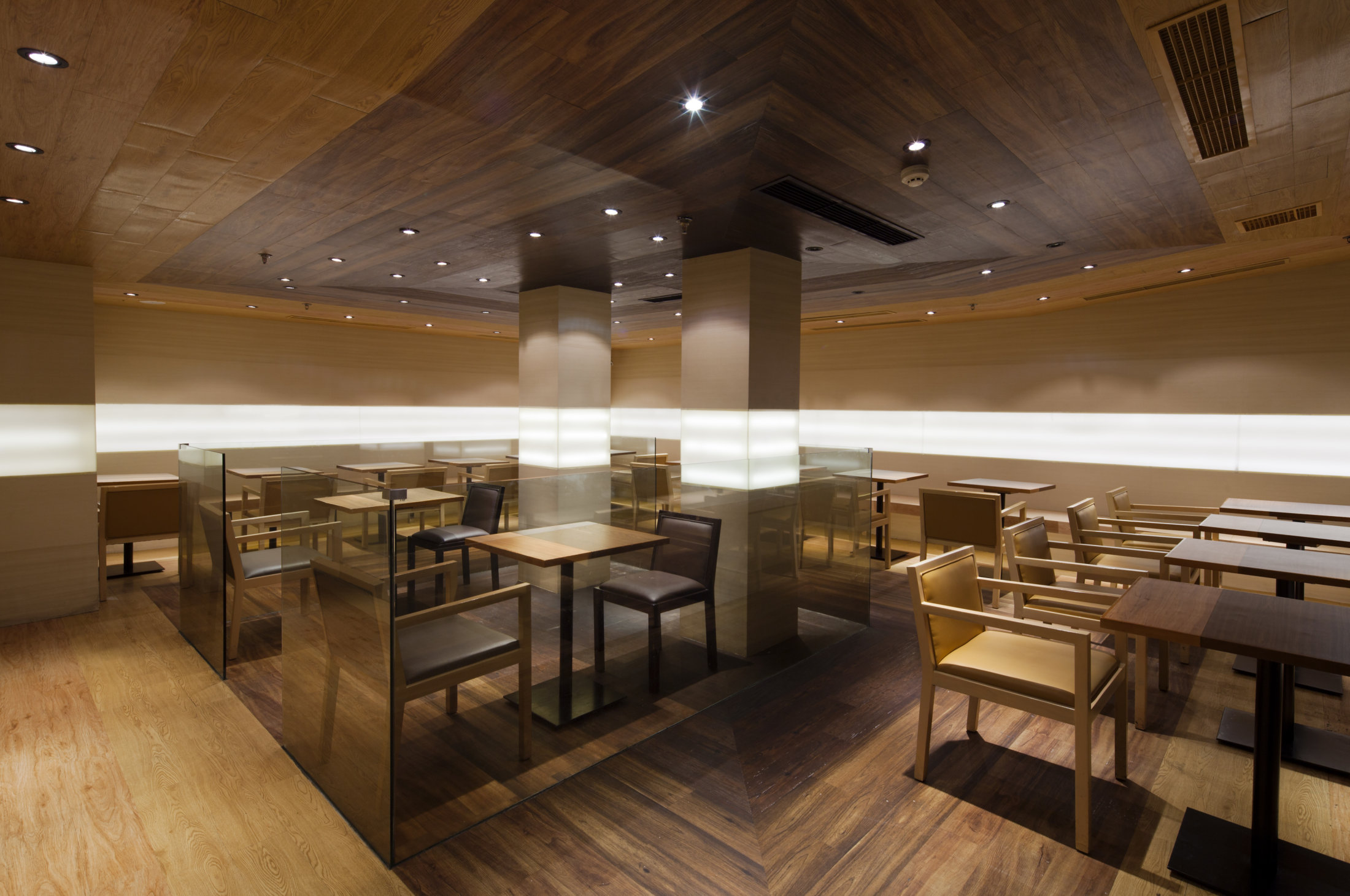 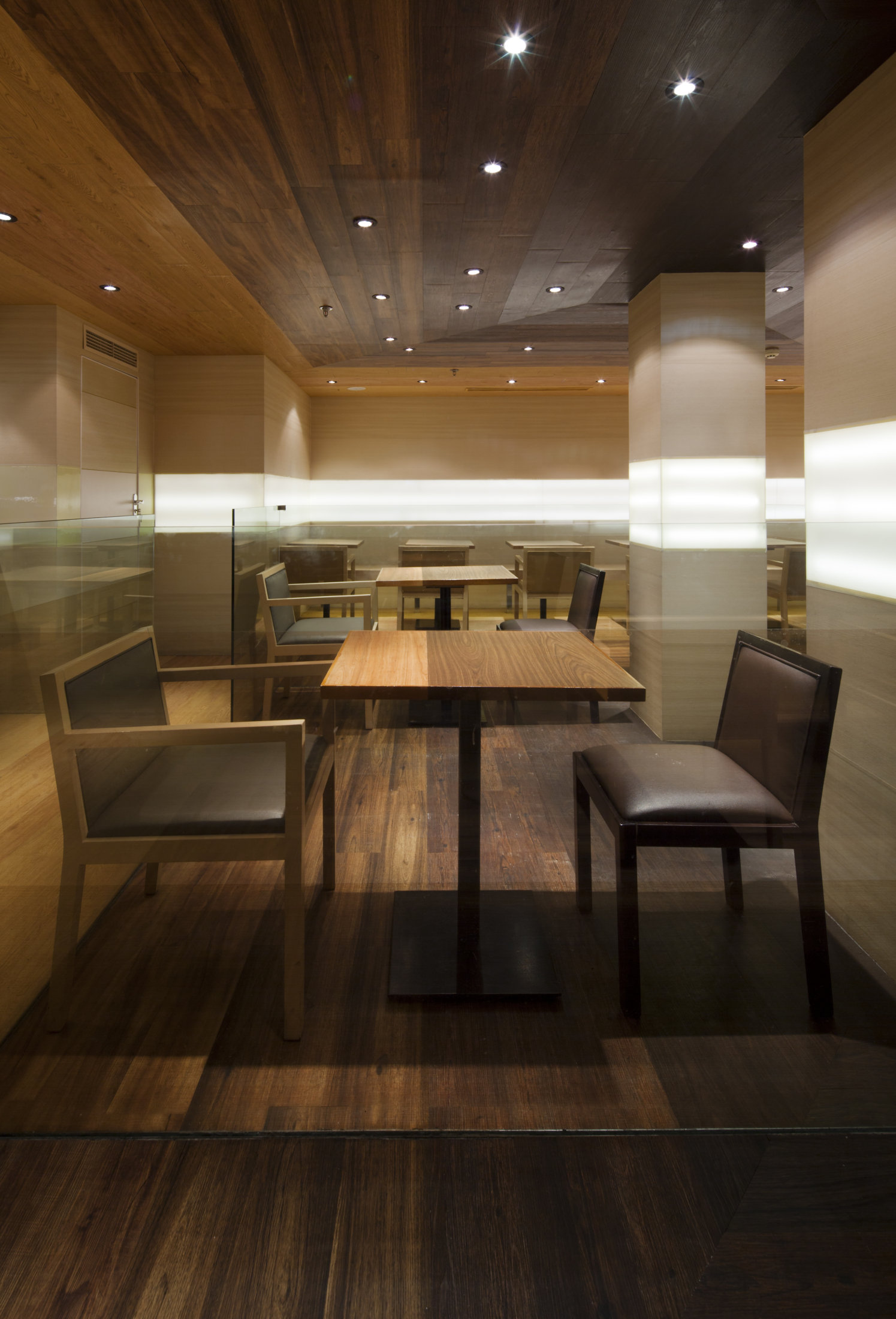 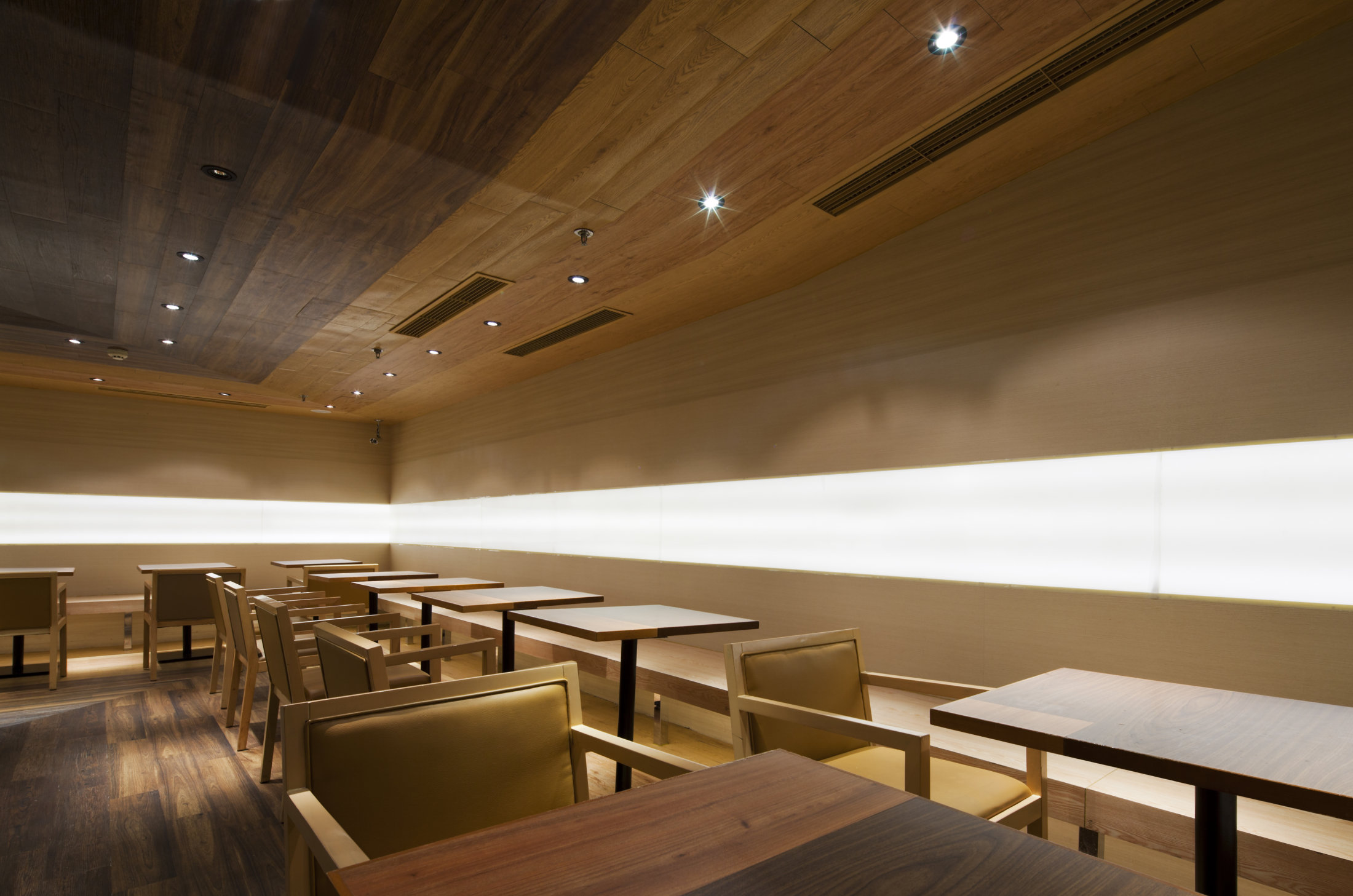 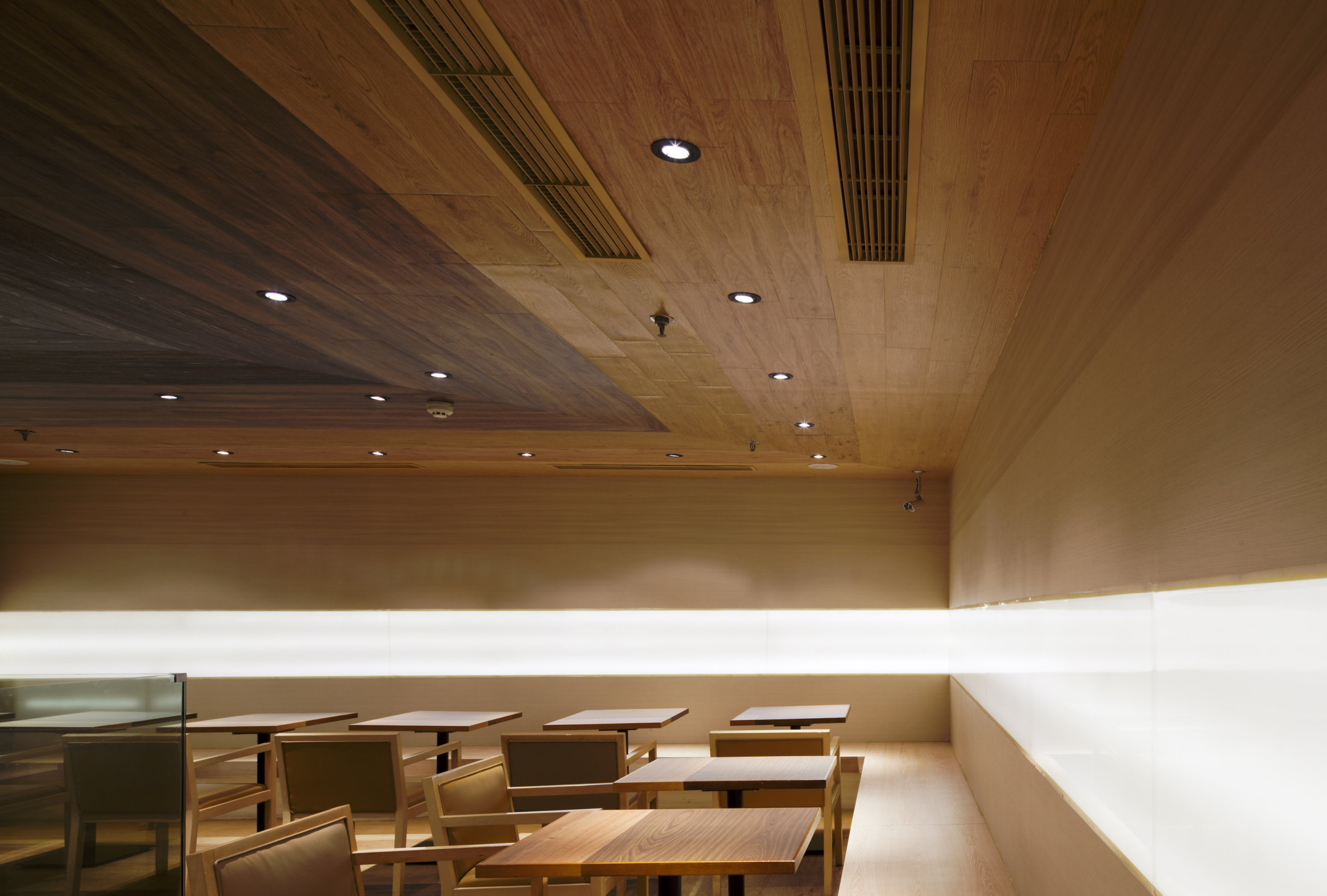 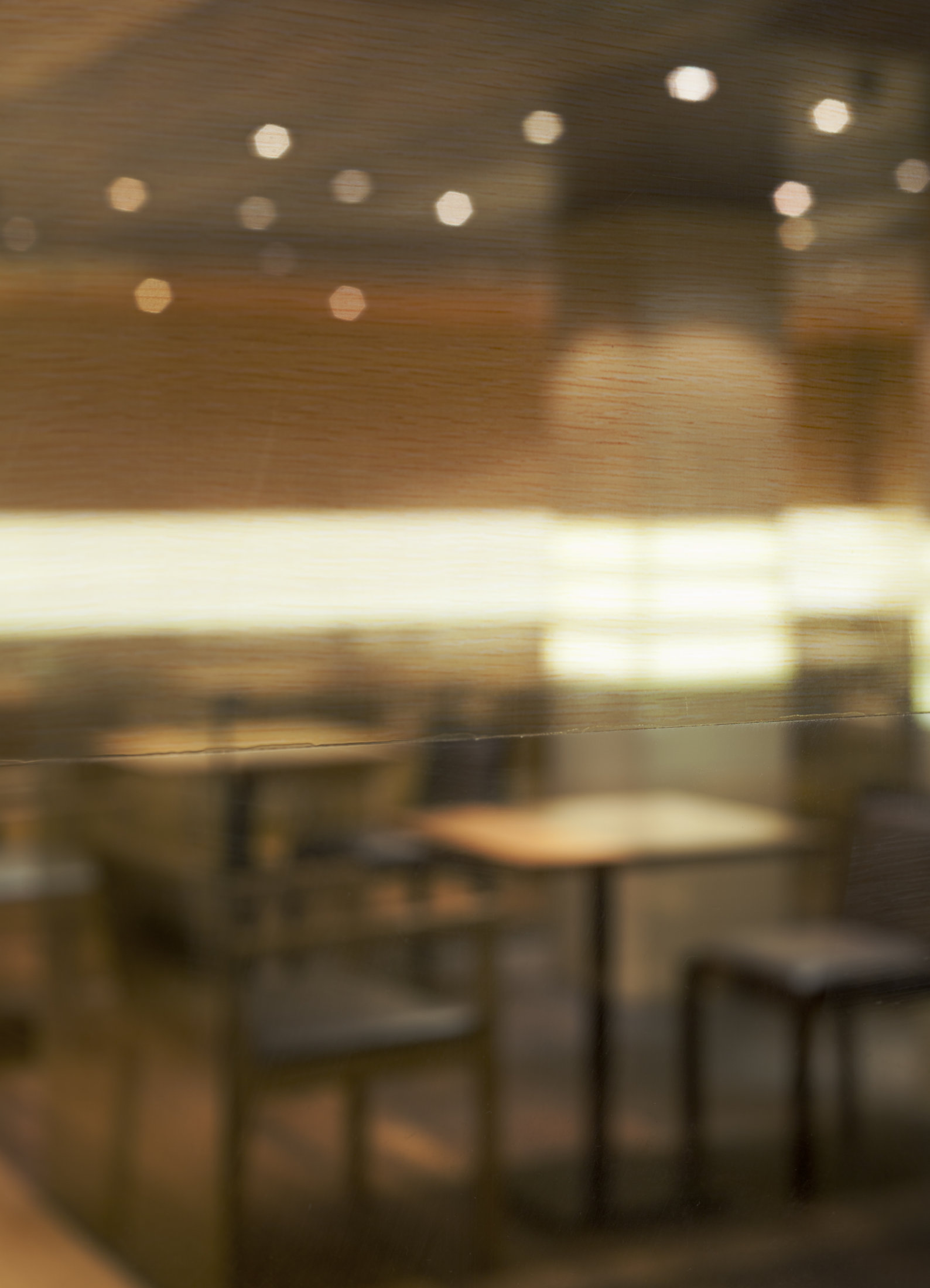 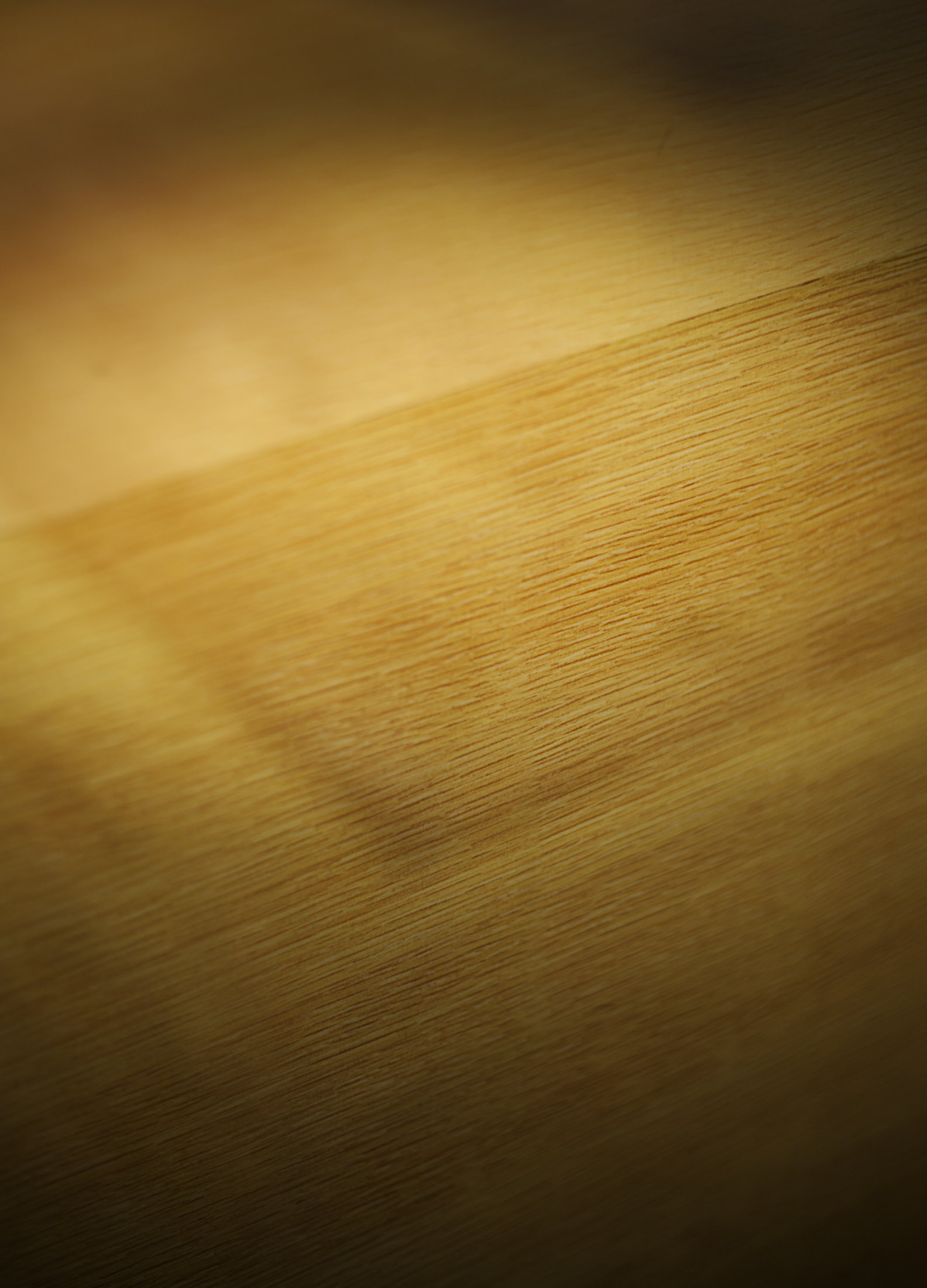 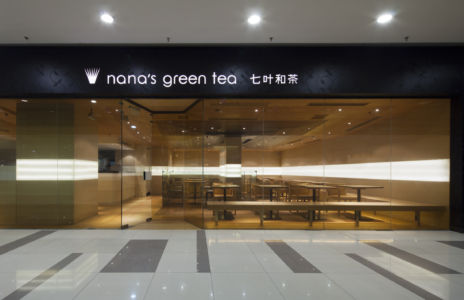 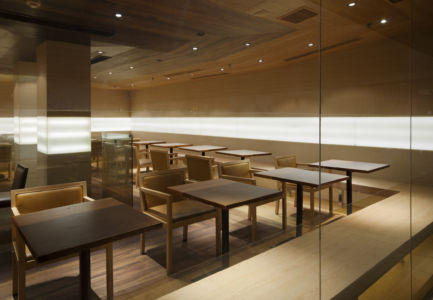 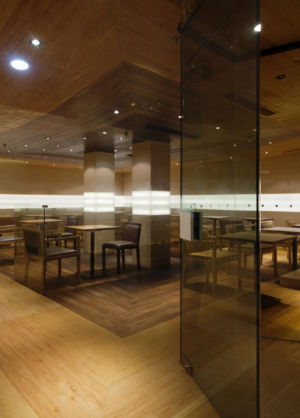 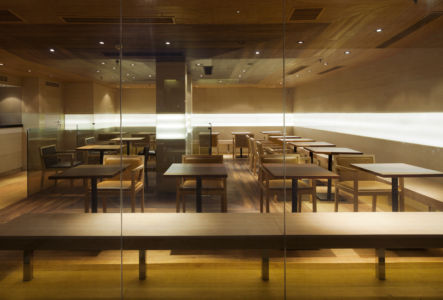 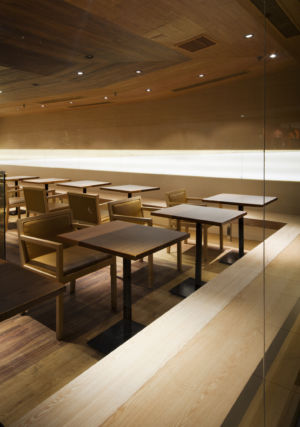 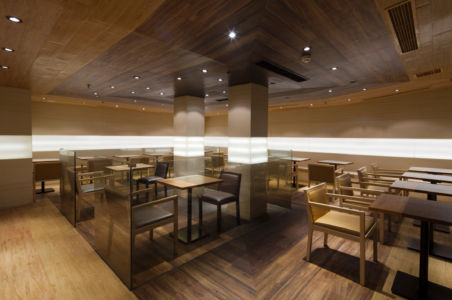 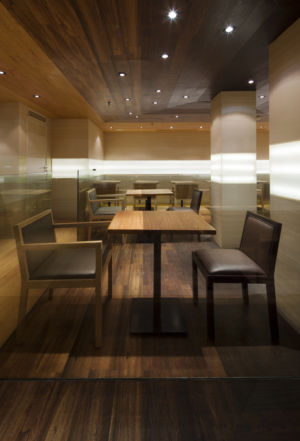 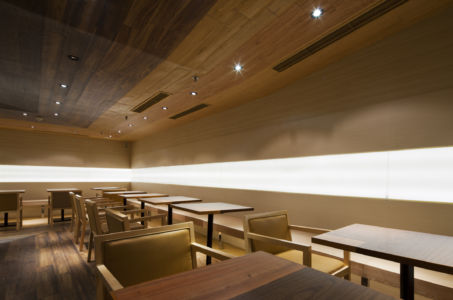 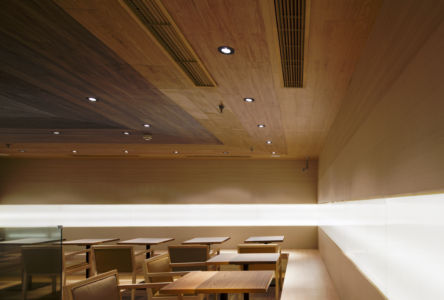 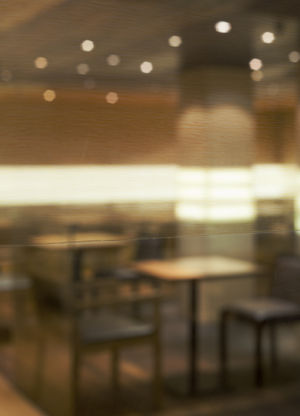 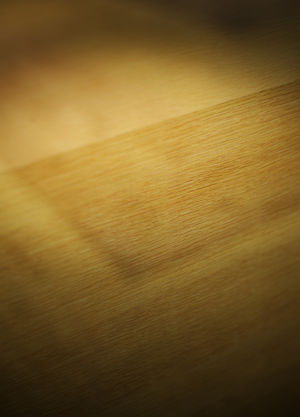 “In Praise of Shadows”

Nanaha Corporation is a company that introduces “a new form of Japan” to the world through “matcha” (powdered green tea). They arrange high grade matchas in modern style and provide them as a menu such as matcha latte. And their intention is to make the space into a “contemporary style tea room”, not a “Japanese style tea room”. This is a reflection of the owner’s idea of wanting to make shops where people can enjoy the traditional Japanese tea culture through a modern concept.

Since we are opening a store in China this time, I tried to make an”Asian tea room”.

In times when there were no electricity, people in western counties tried to erase the shadows by making the room bright as possible, but people in Japan found “beauty”within the shadow and created artistic works by using that situation (written by Junichiro Tanizaki).

Therefore, in nana’s green tea rontsu-mon, I wanted to make shadows in the space with keeping the illumination level as light as the modern room. What I actually did was to make a graduation by lowering the density of the wood grain on the outside of the space where light doesn’t reach as much as the inside to express “Japanese beauty” with “shadows of the material”.