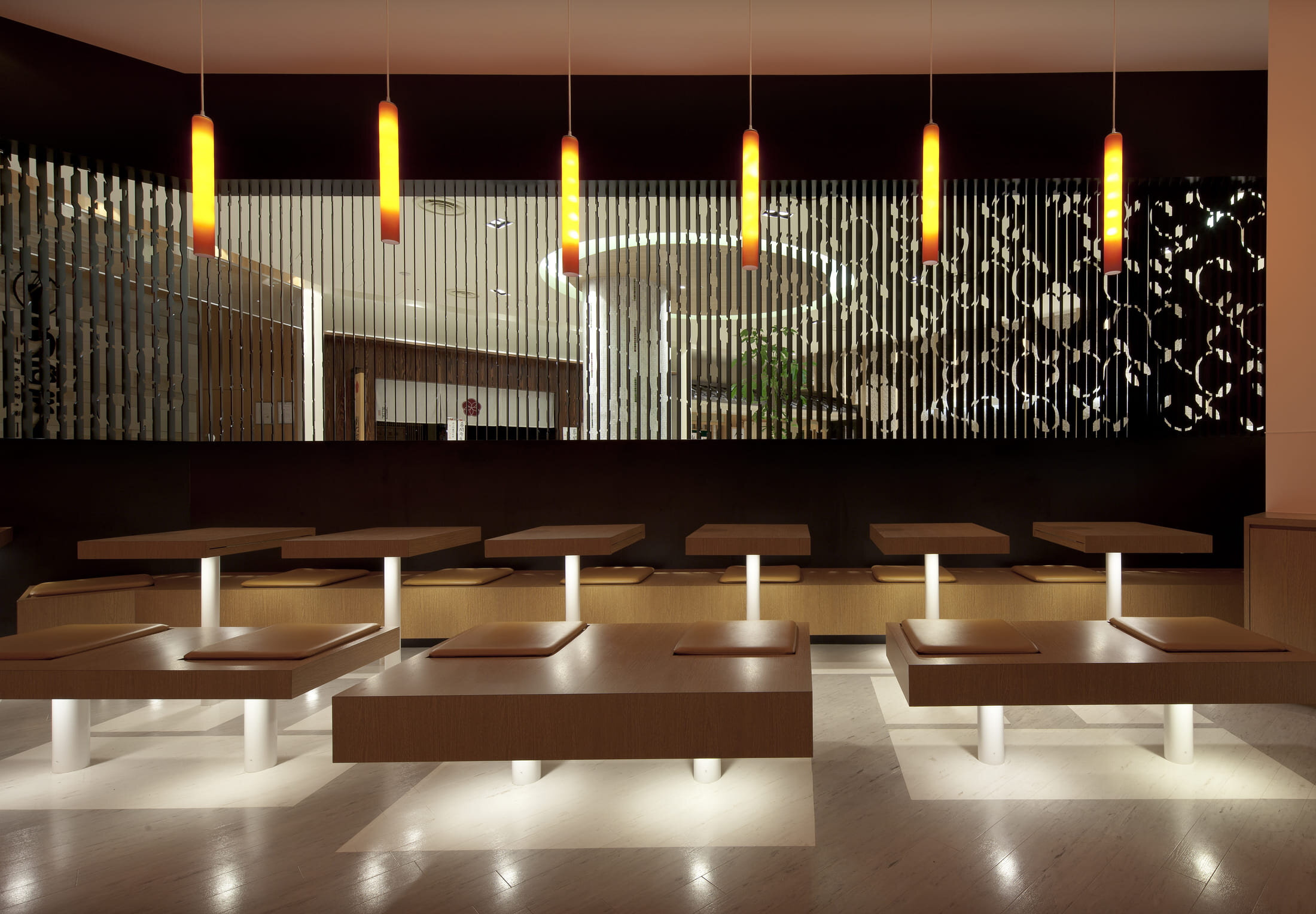 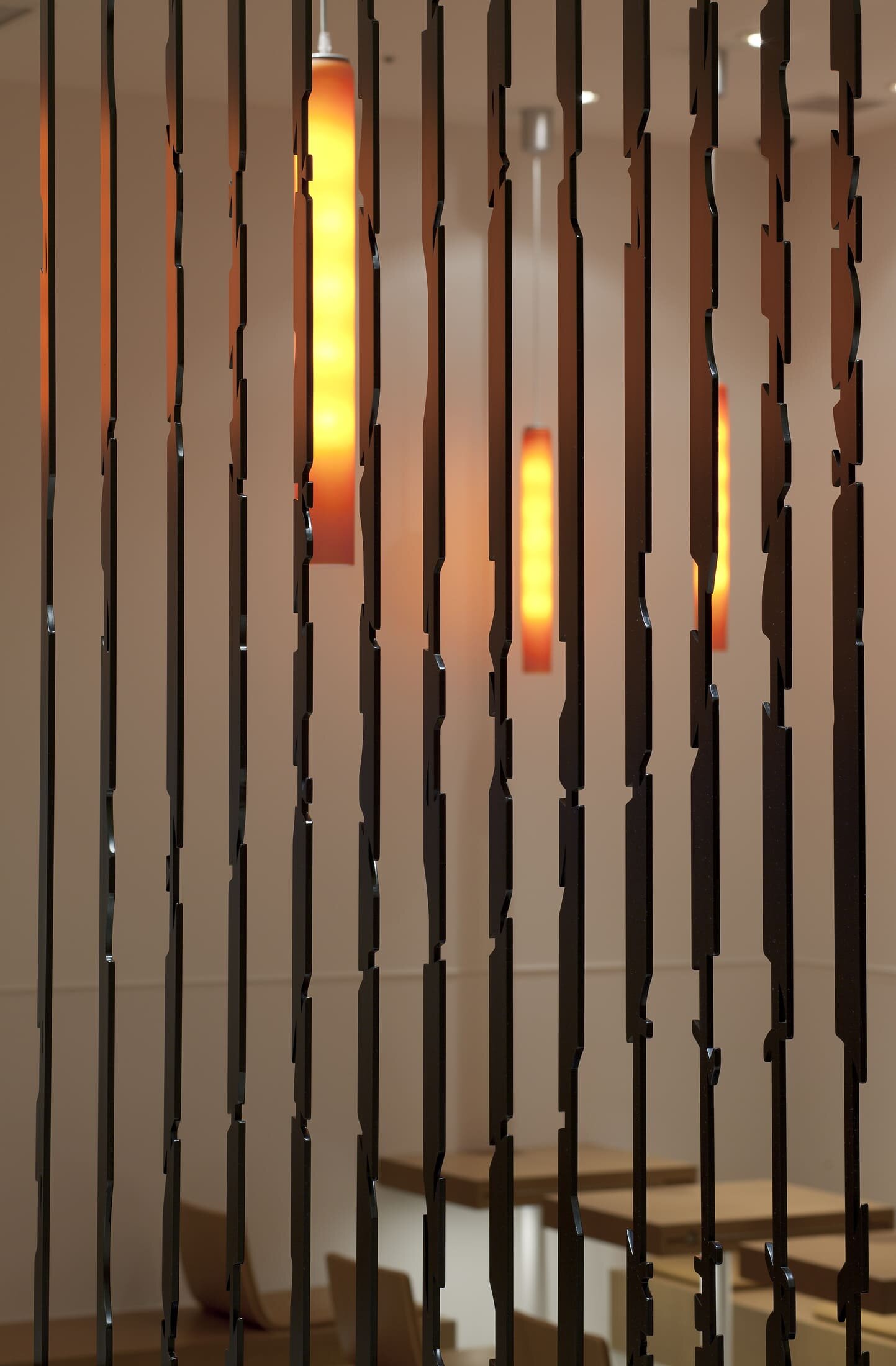 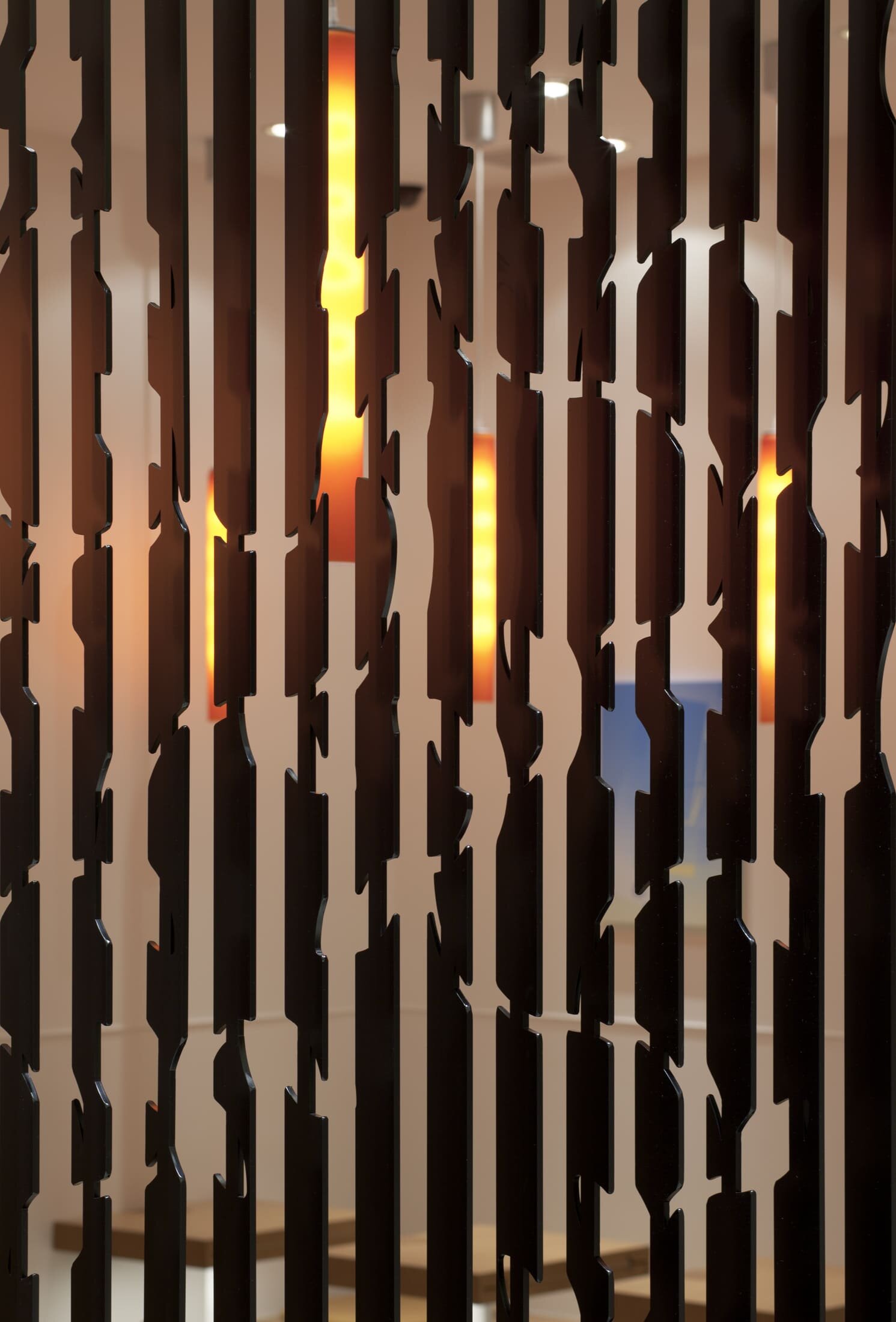 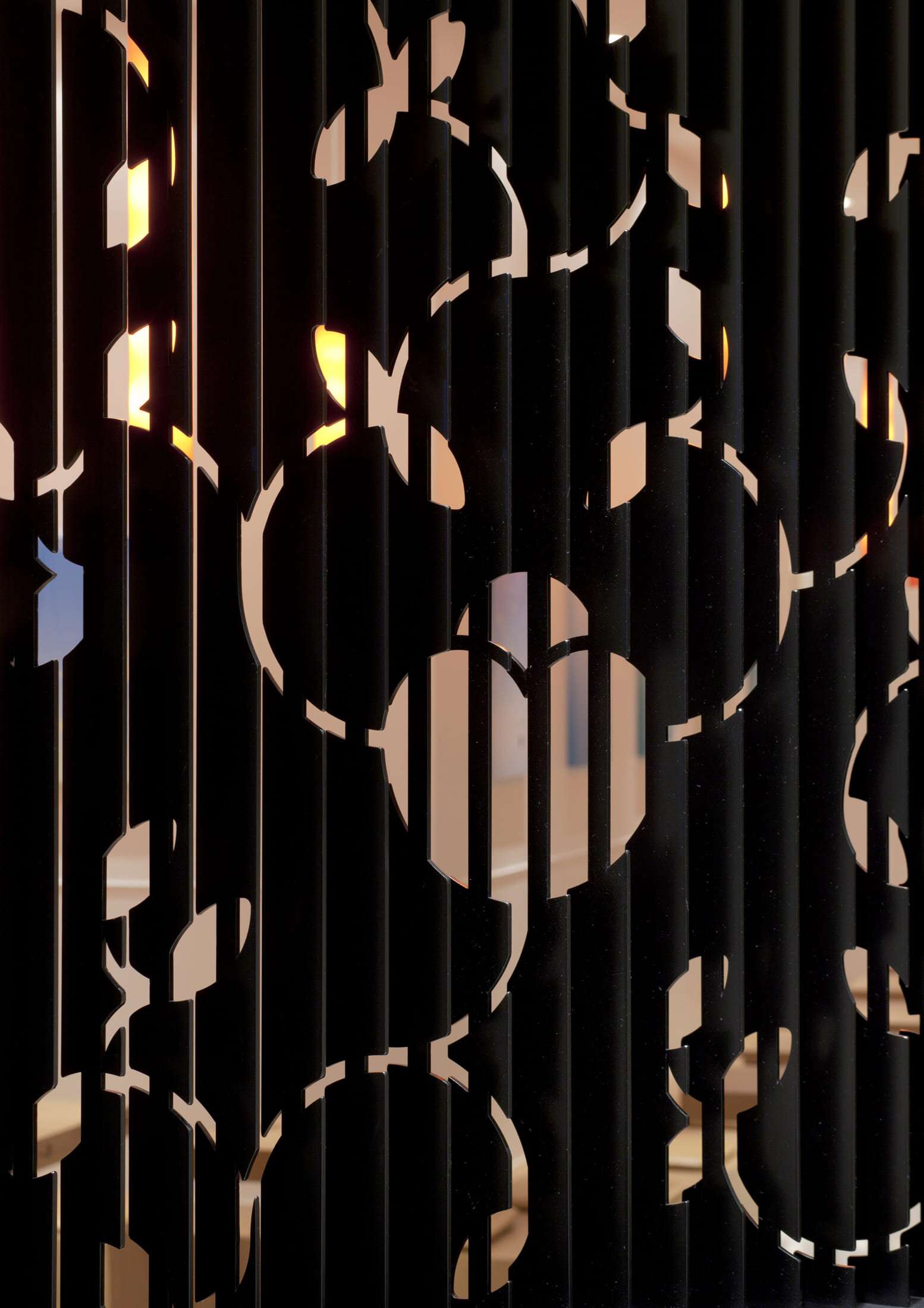 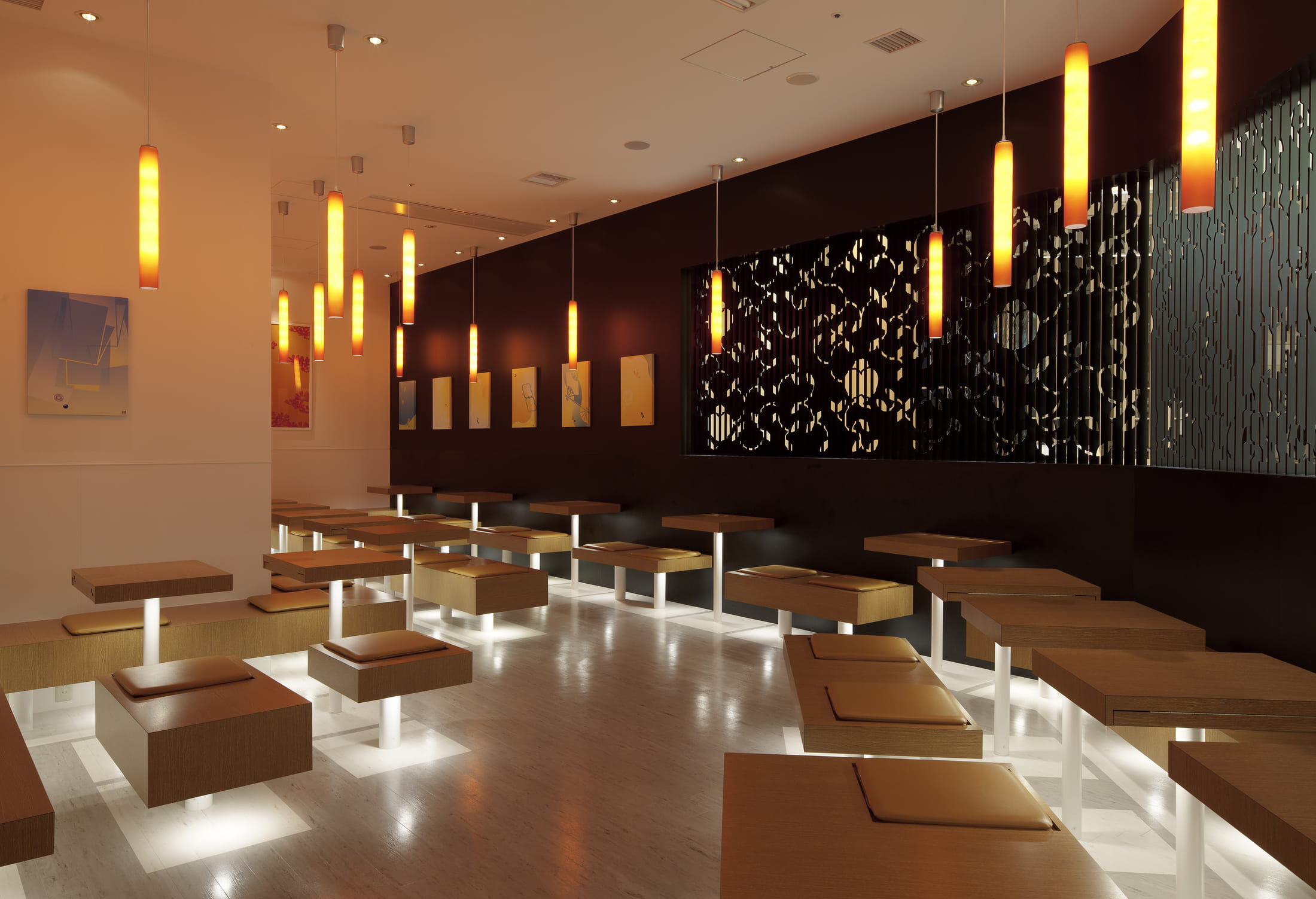 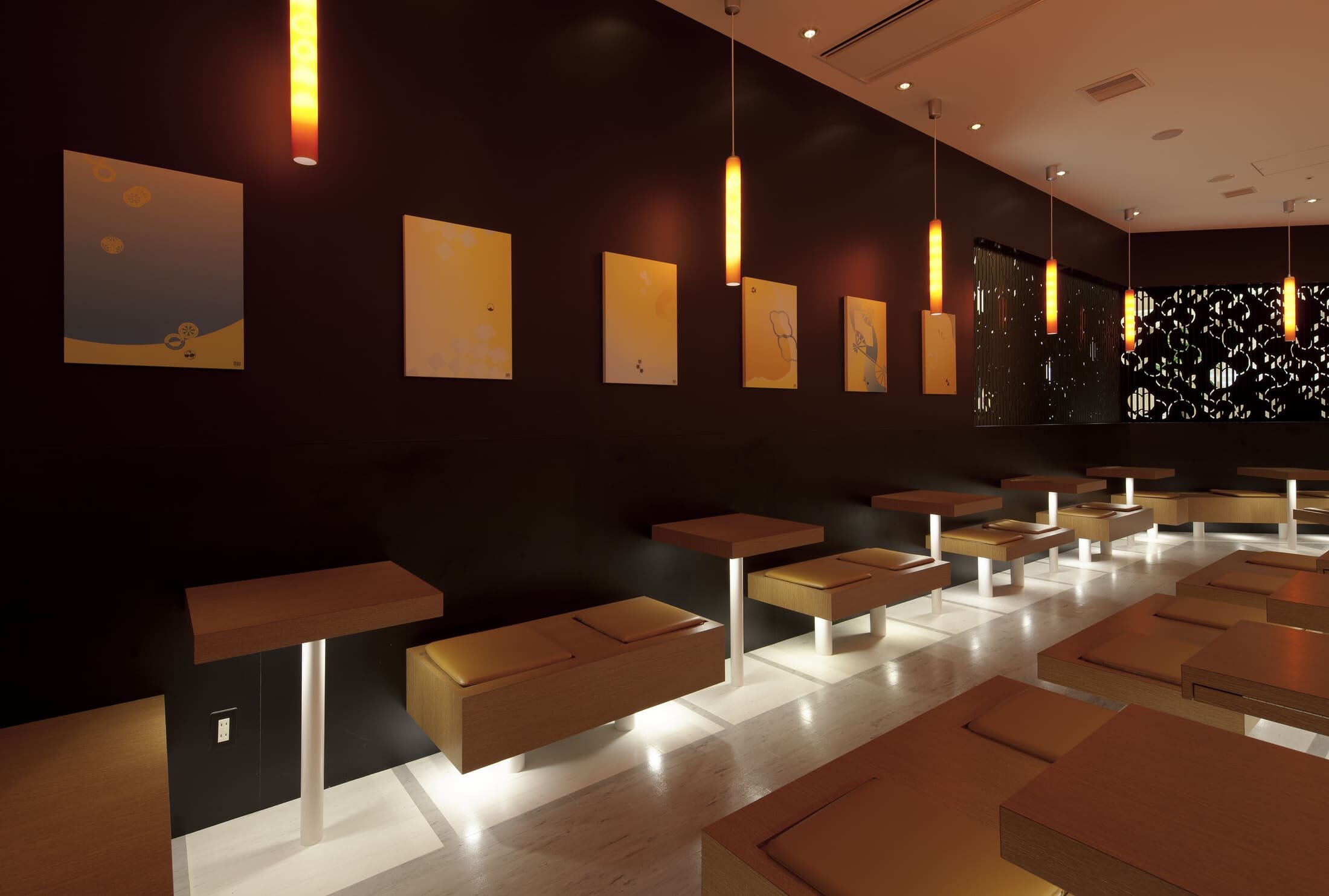 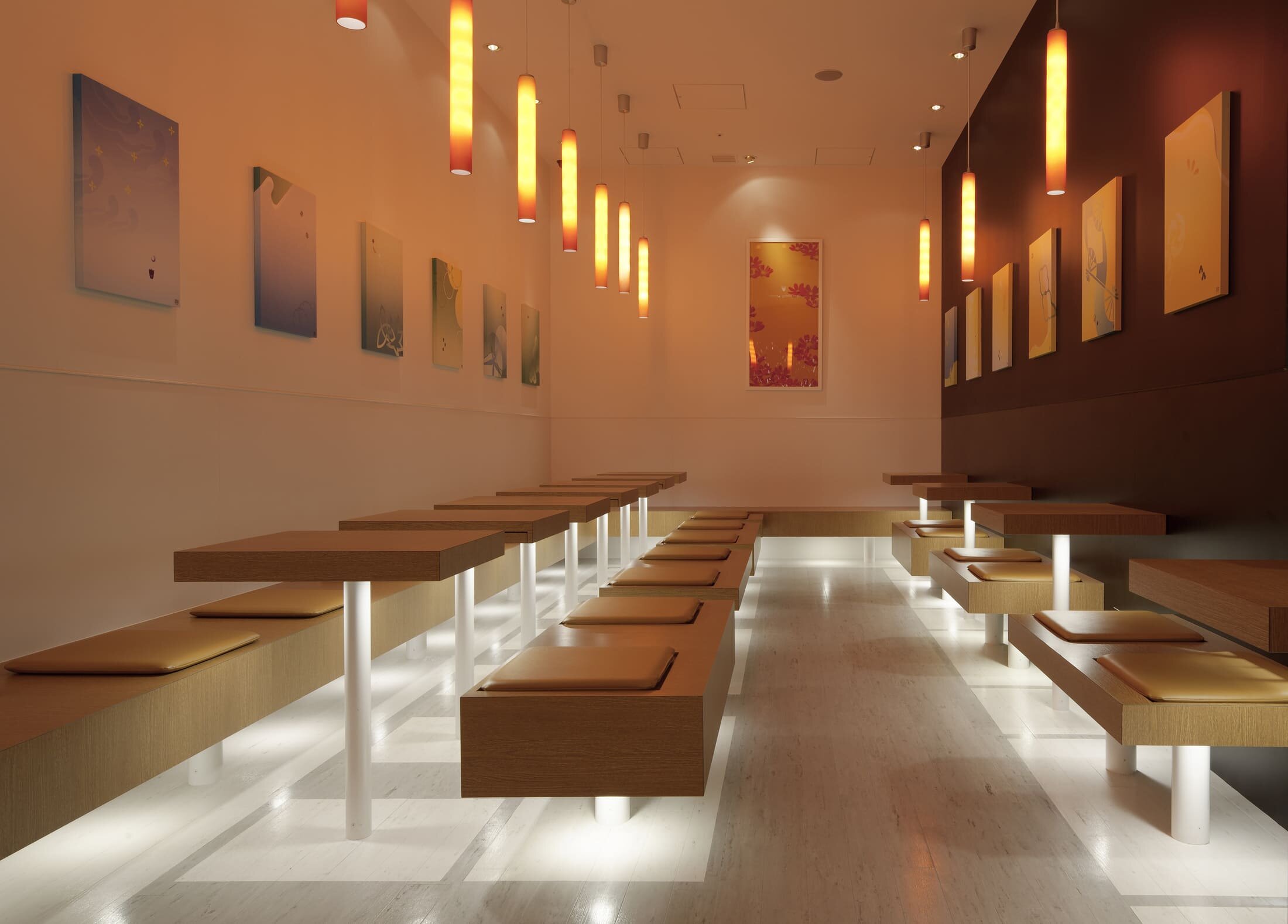 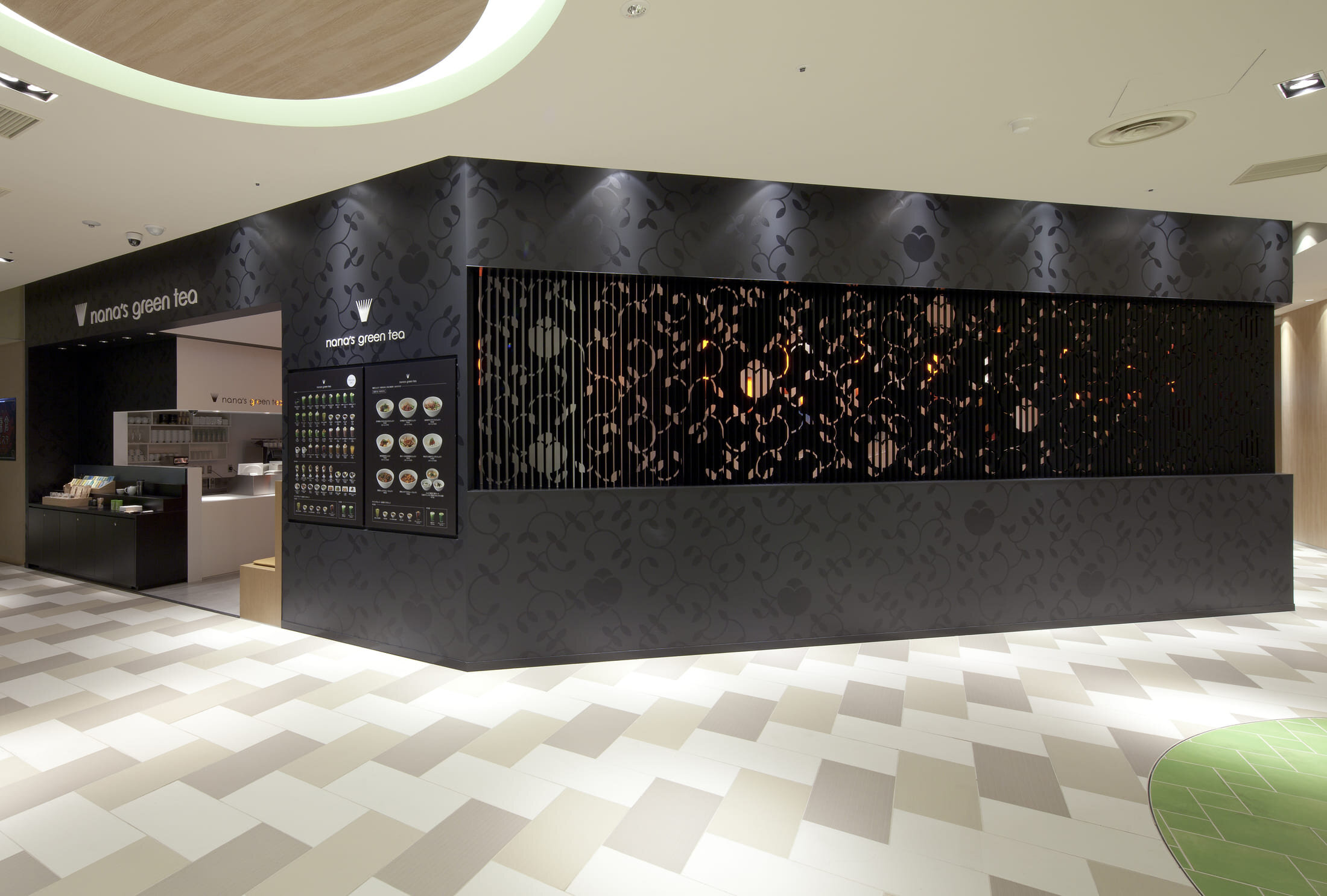 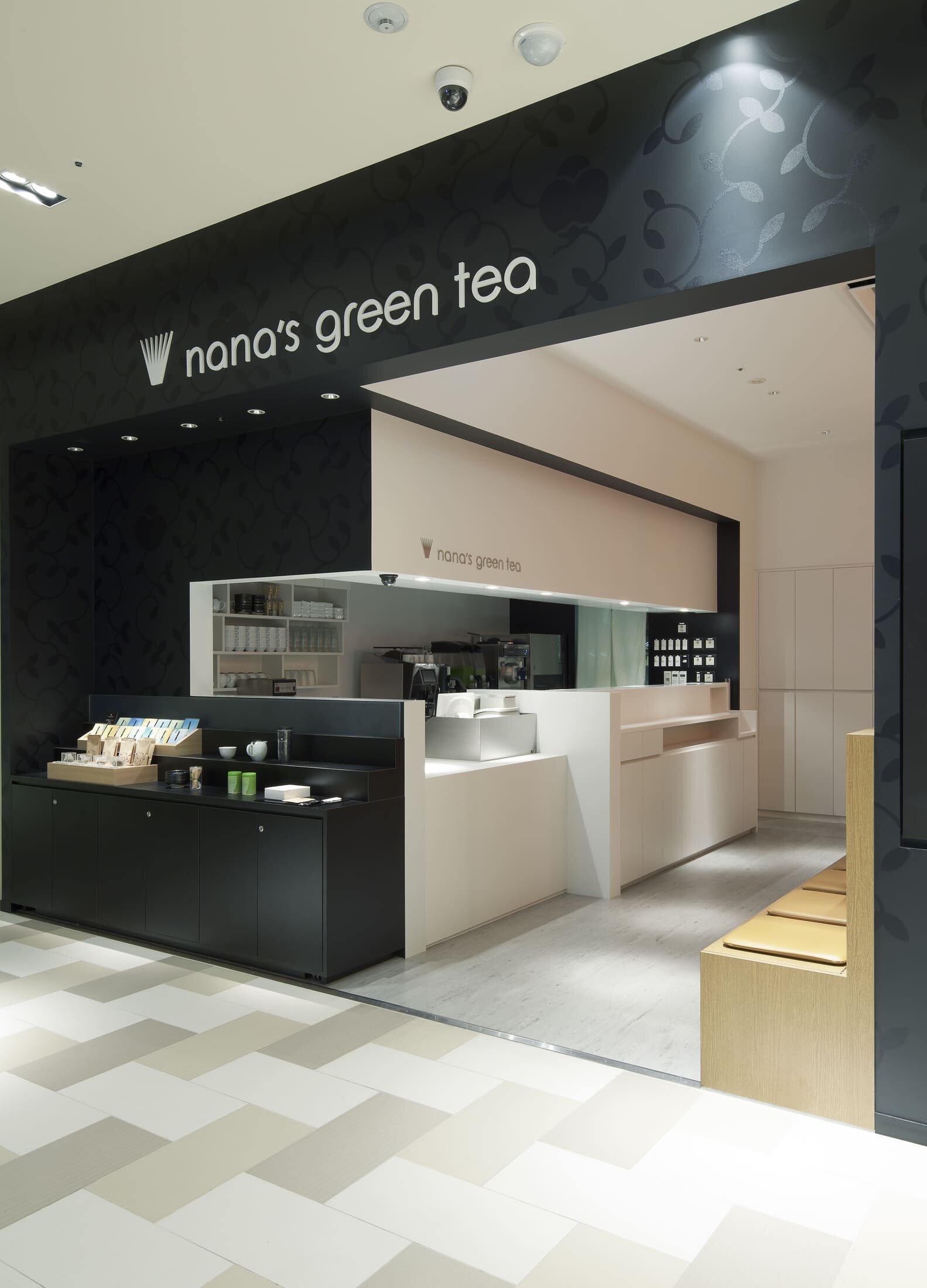 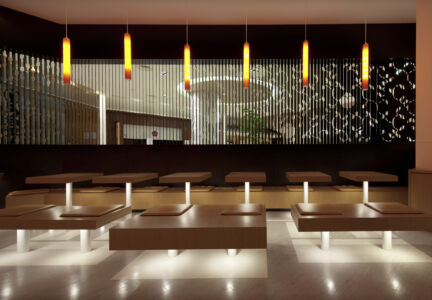 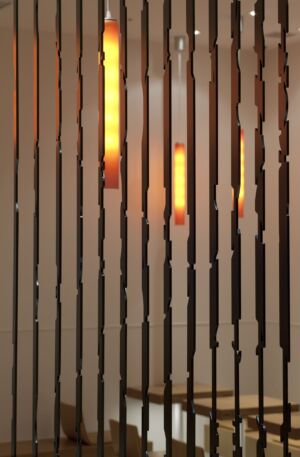 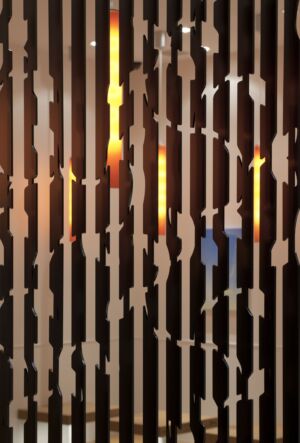 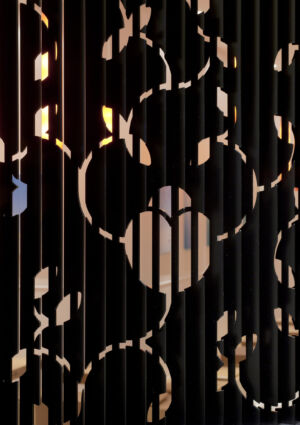 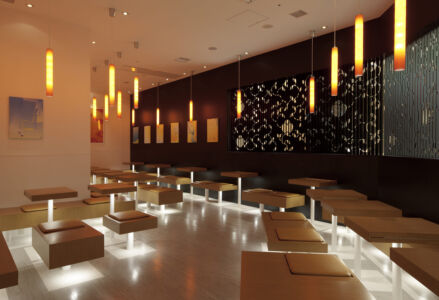 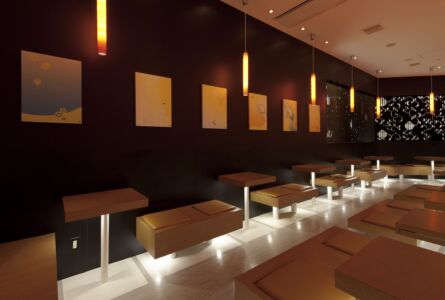 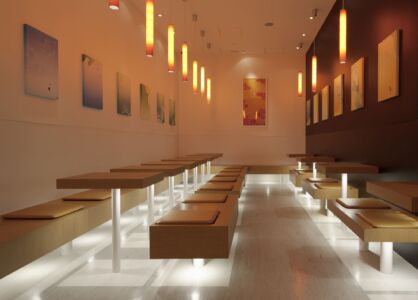 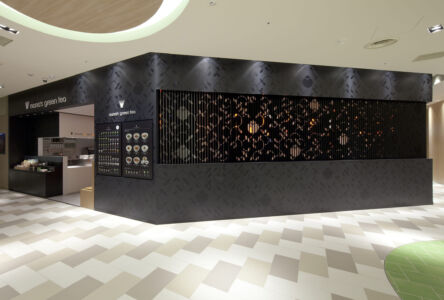 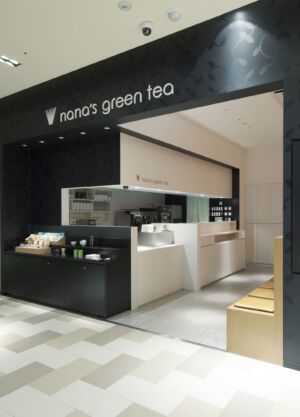 Nanaha Corporation is a company which disseminates a form of ‘new Japaneseness’ to the world, looking at ‘high quality maccha’ (green tea).
What is required for the shop is space not in typical Japanese style but a ‘modern tea room’ which is aimed to represent owner’s belief that makes customers enjoyable typical Japanese tea ceremony in modern style.

This time, we designed “the grating” of the window with a whole new concept.
A picture of a tea vine, which is the shop’s symbol, comes up and disappears on the grating according to the angle you look at.  This means that we have added an element of “motion” to a “motionless” interior accessory.
Moreover, we have put tables and chairs that all differ in thickness in order to break down the boundaries of tables and chairs to express a “frank space” where everyone can sit freely at anywhere they wish to.