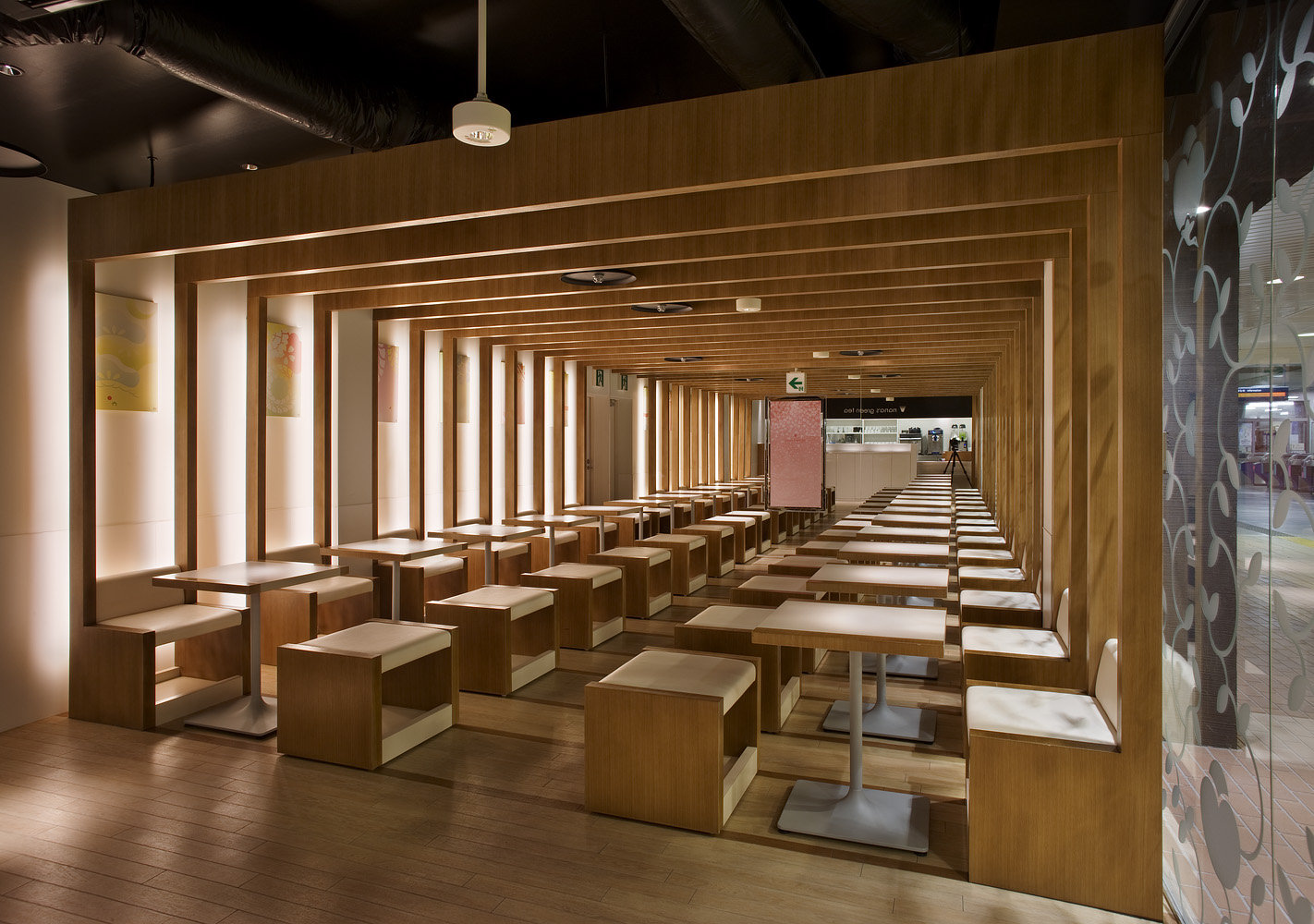 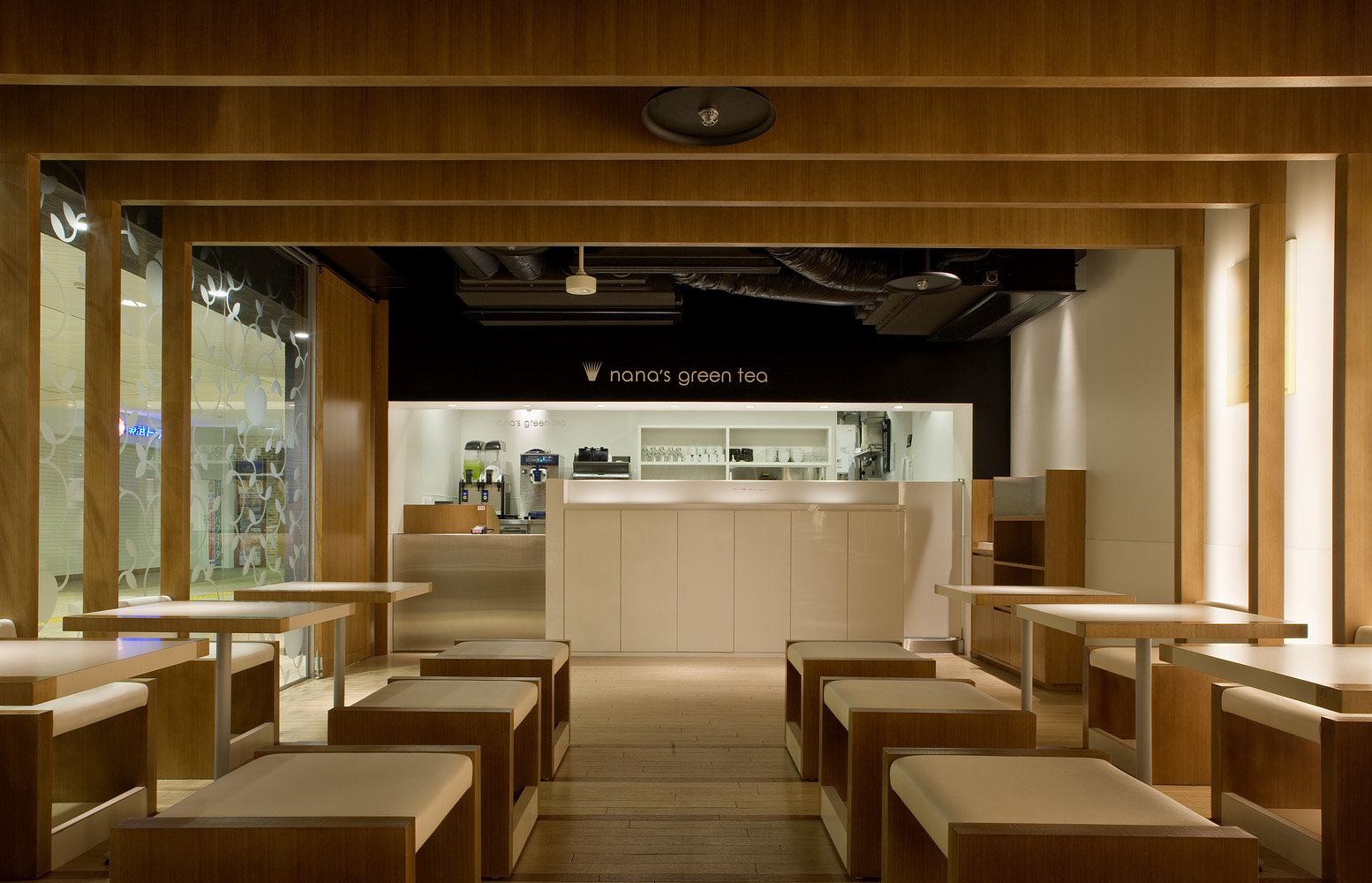 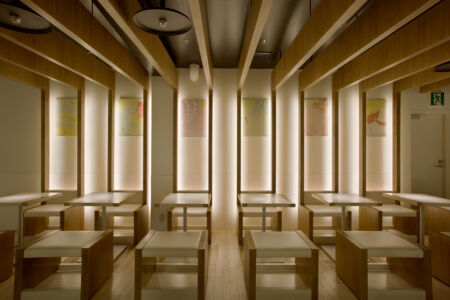 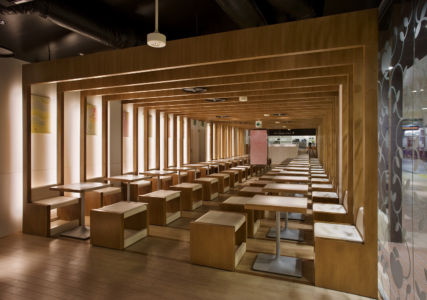 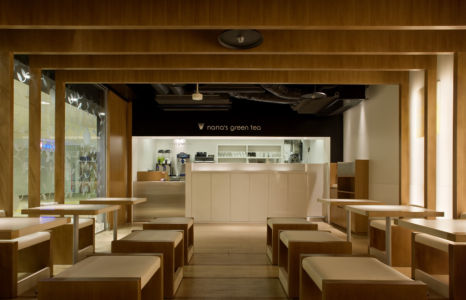 The cafe is located at a shopping mall in Shiki train station. The train ticket gates are right in front of the cafe, which would bring plenty of customers around, thus the design is targeting the commuters.

Under this concept, I designed the shop, nana’s green tea Shiki Branch, focusing on the history of tea room.

Japanese people were unfamiliar to the culture of ‘kabe’ (wall) and, therefore, felt the infinite universe in the tea rooms and the possibility of the rebirth of souls.

On the opposite side, it is getting harder for the modern Japanese people to feel the infinite expansion from ‘kabe’, since they are already accustomed to the culture of walls. Considering the situation, I made walls for every chairs and removed extra parts from the walls, to design the space as a tea room surrounded by invisible walls. Mobilising the  Japanese people’s special sensitivity that make them experience the boundaries in space,  this tea room is designed to be a space where invisible boundaries continue infinitely.