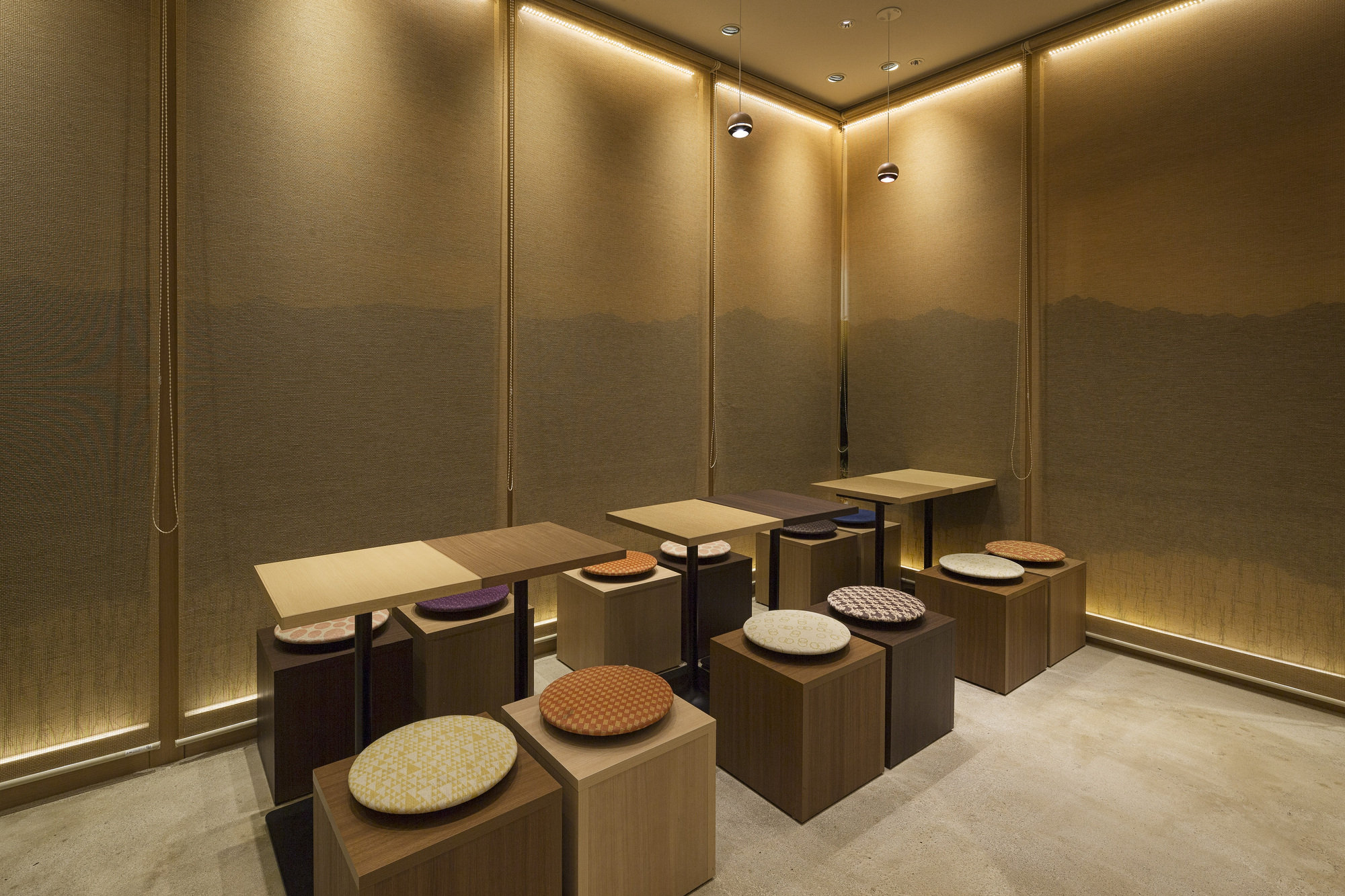 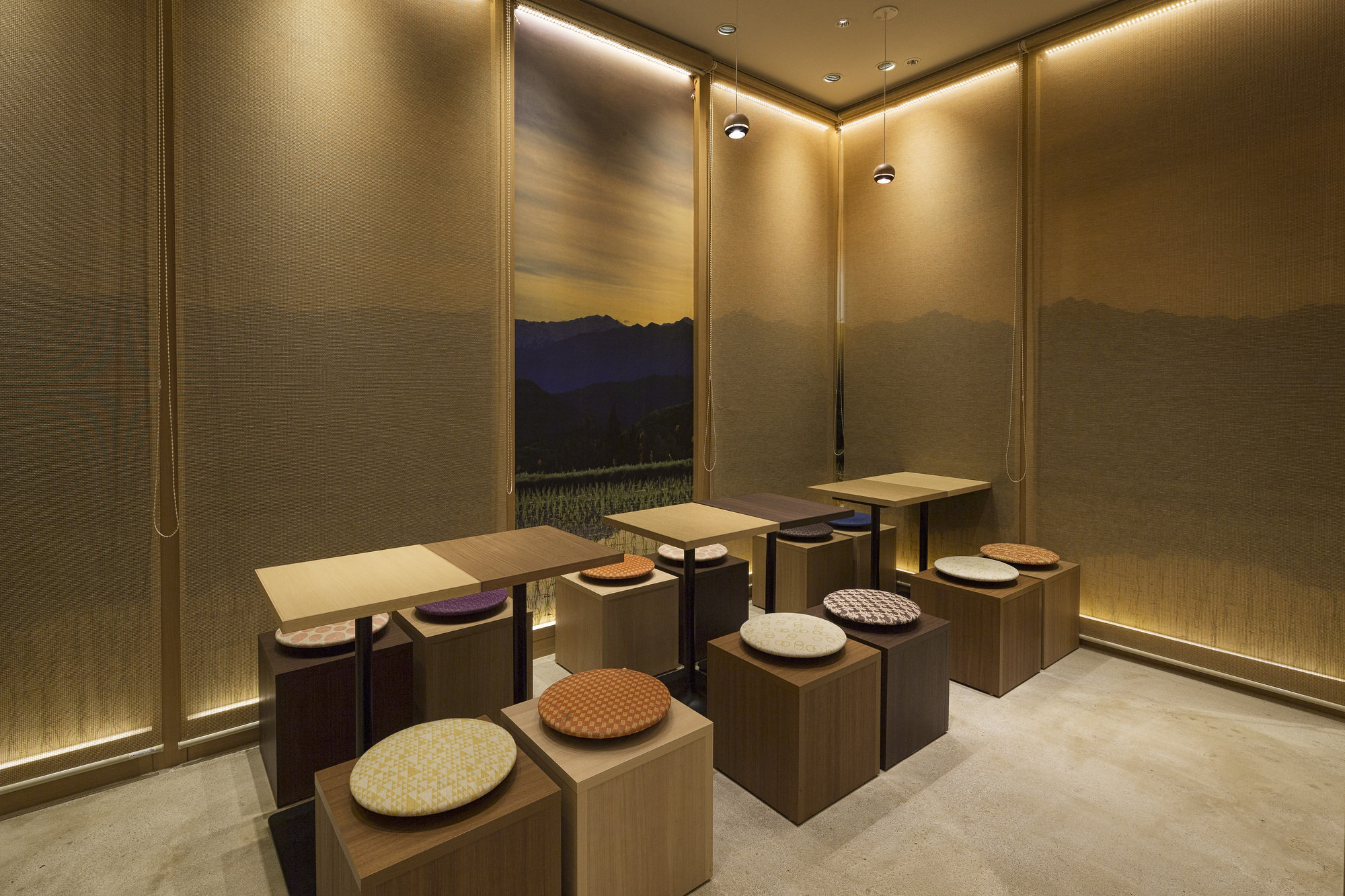 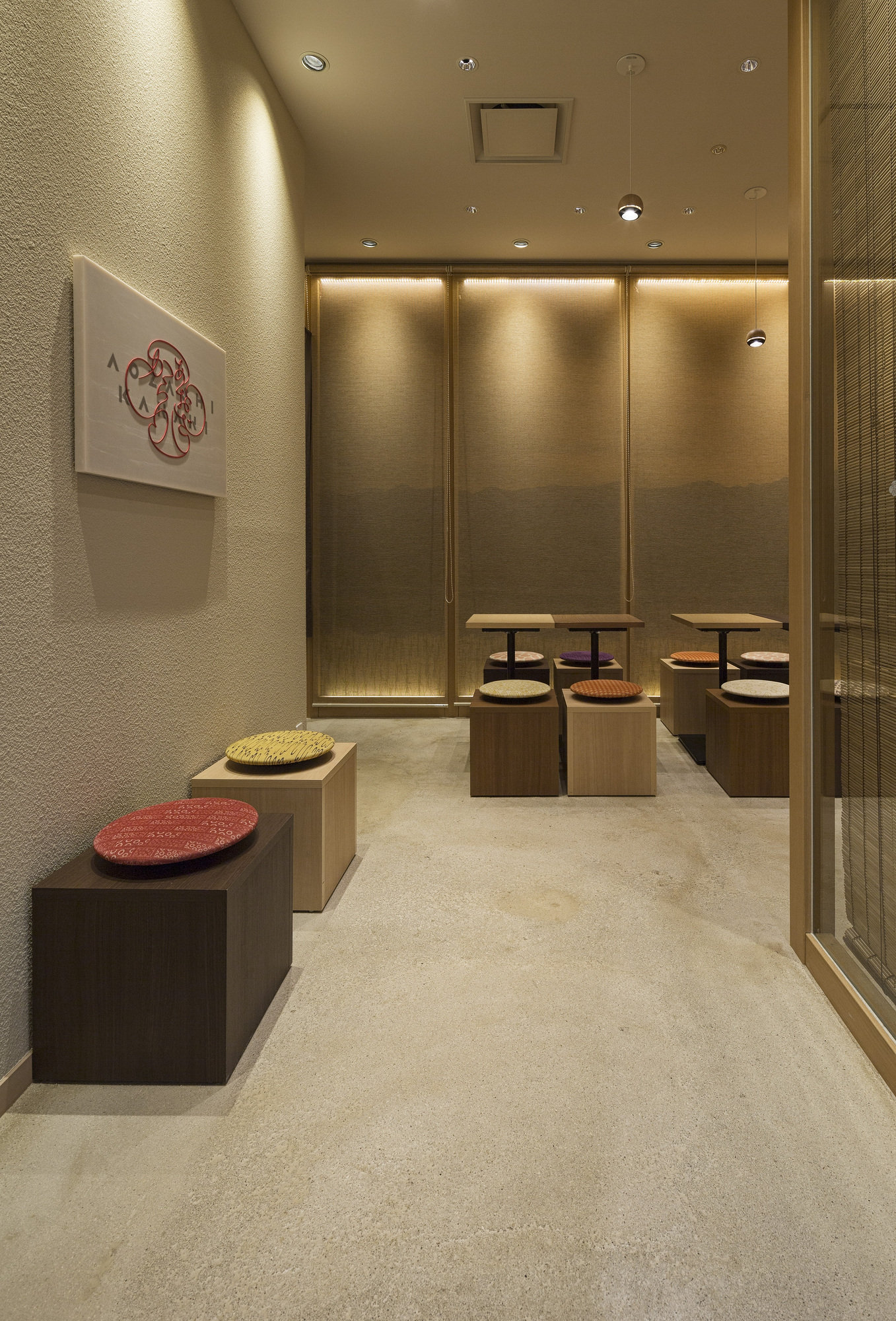 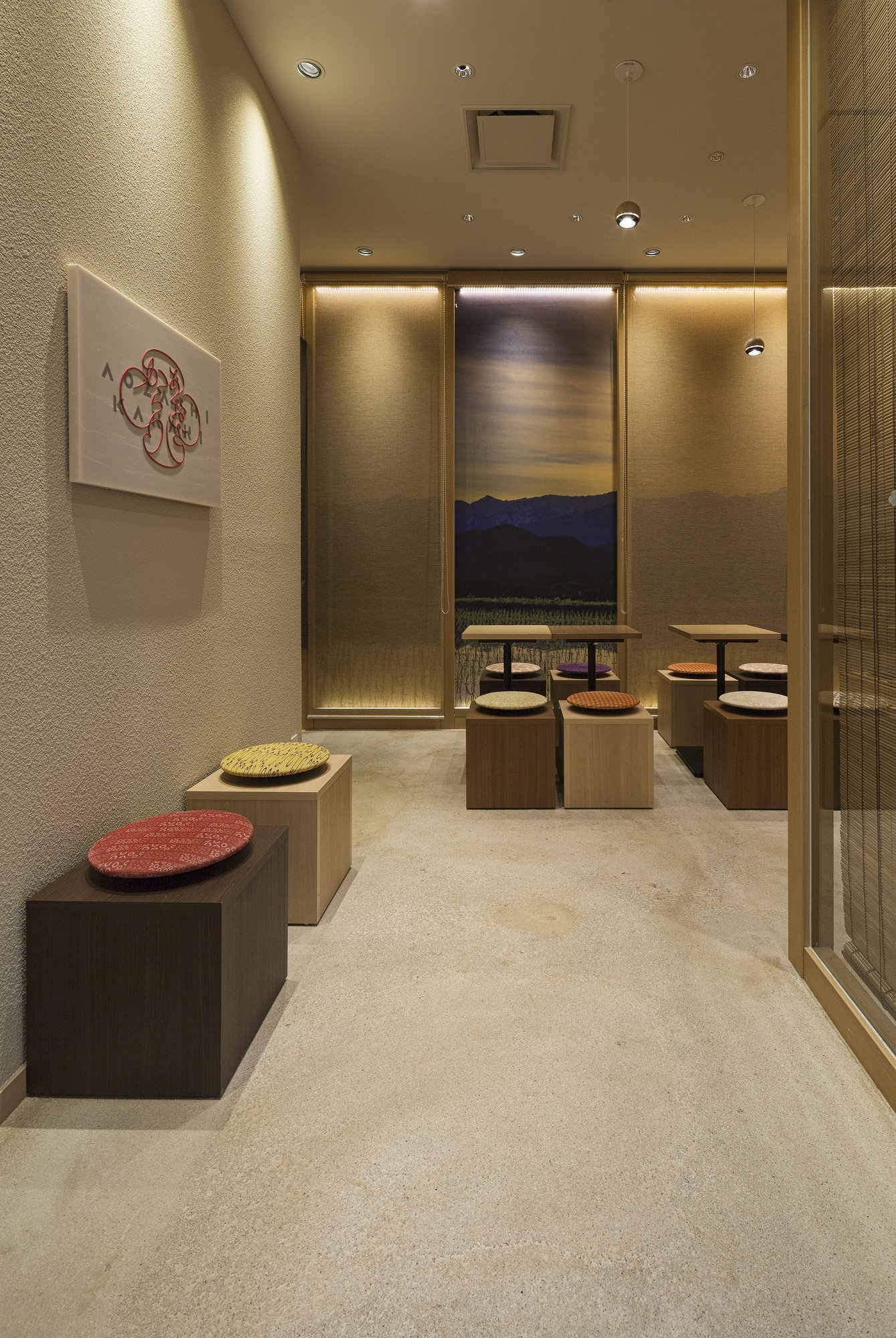 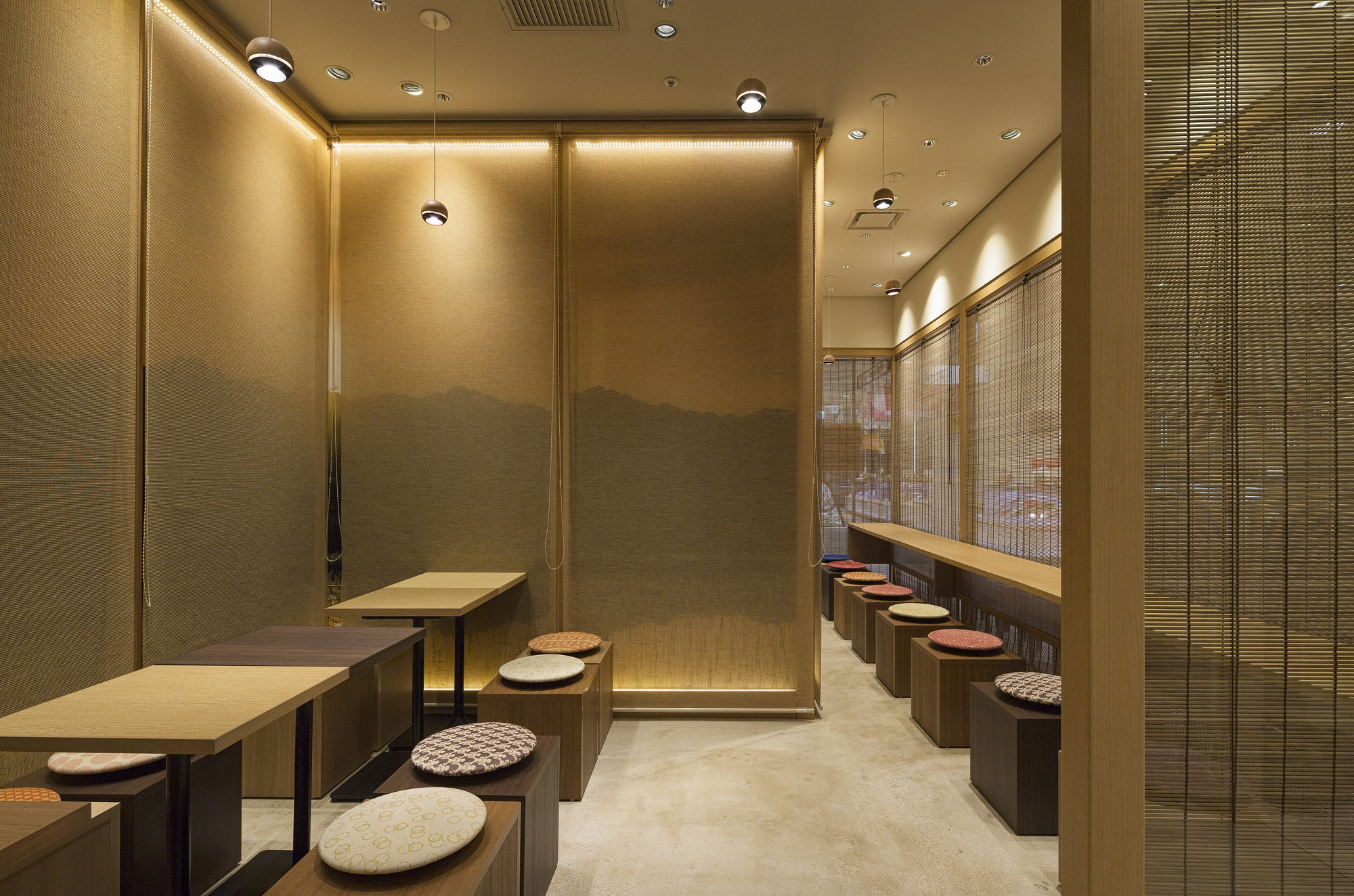 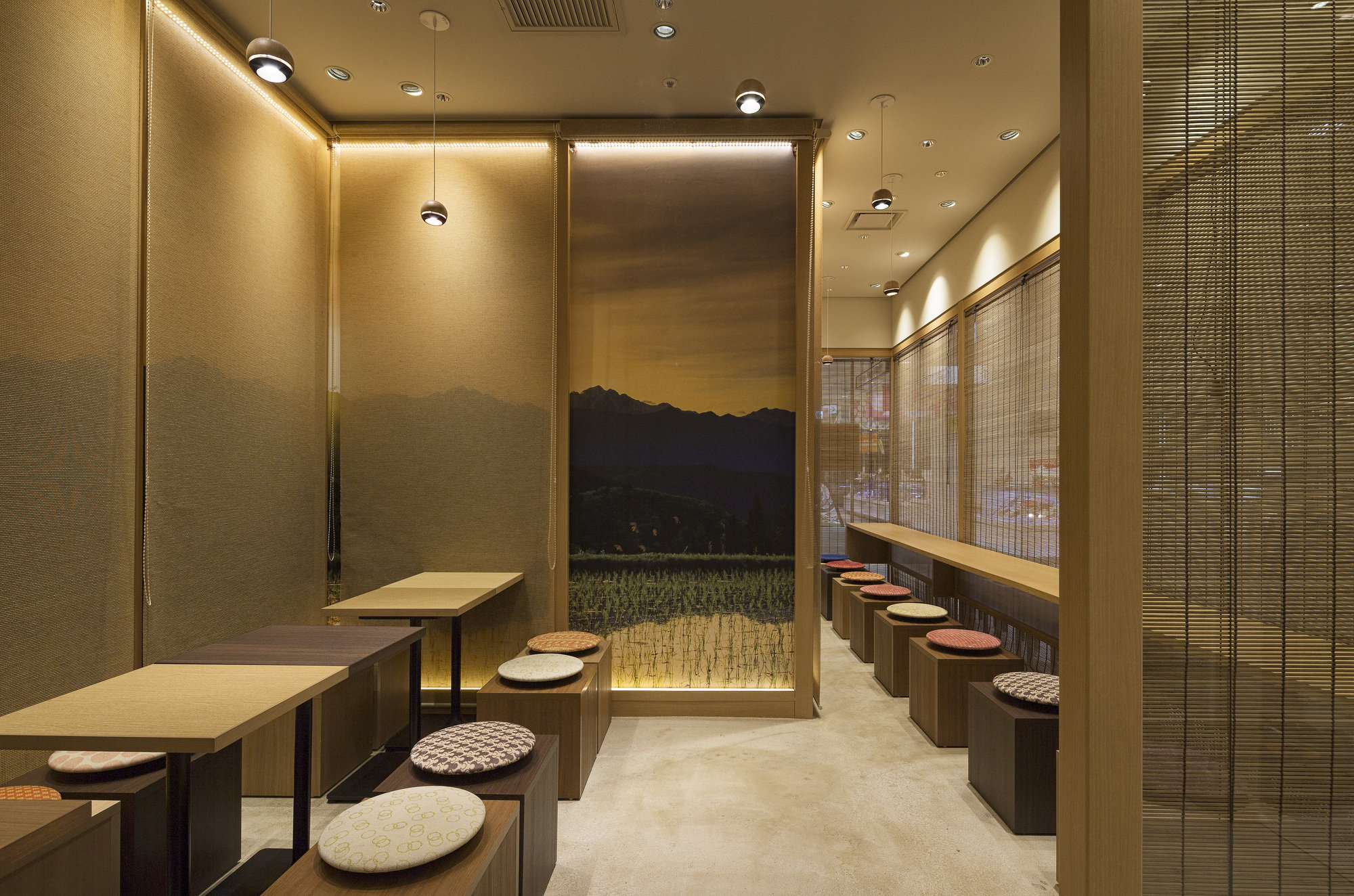 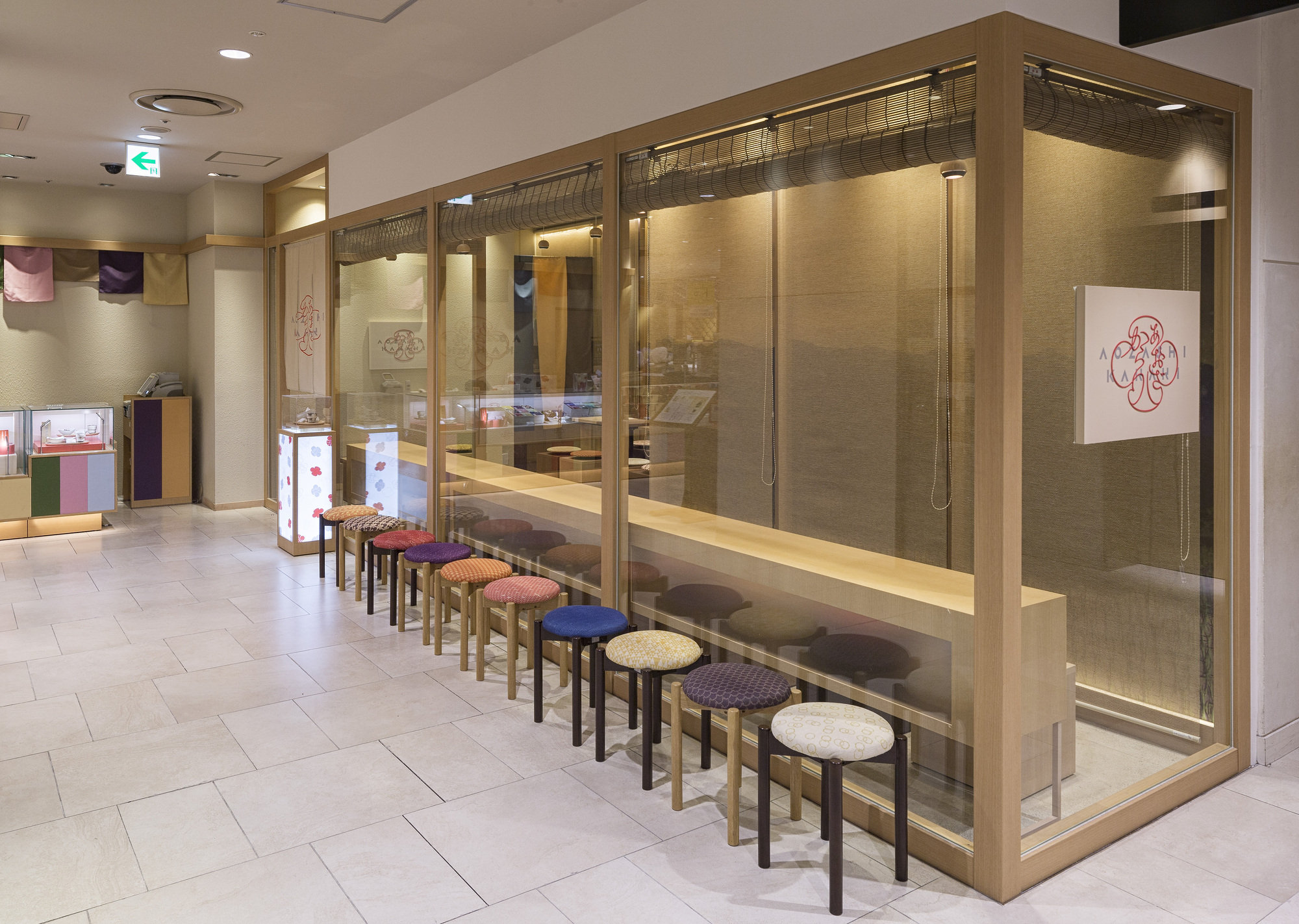 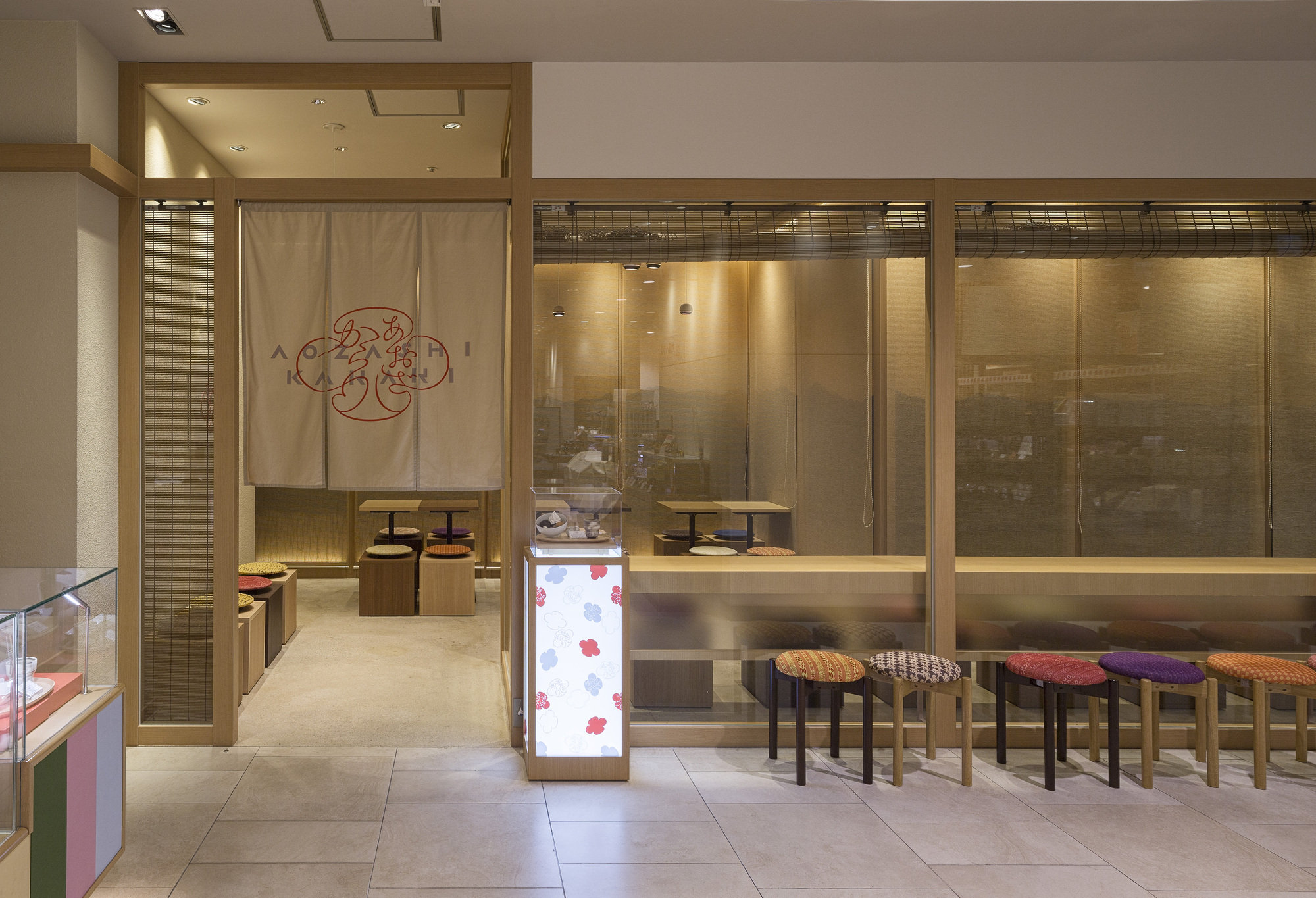 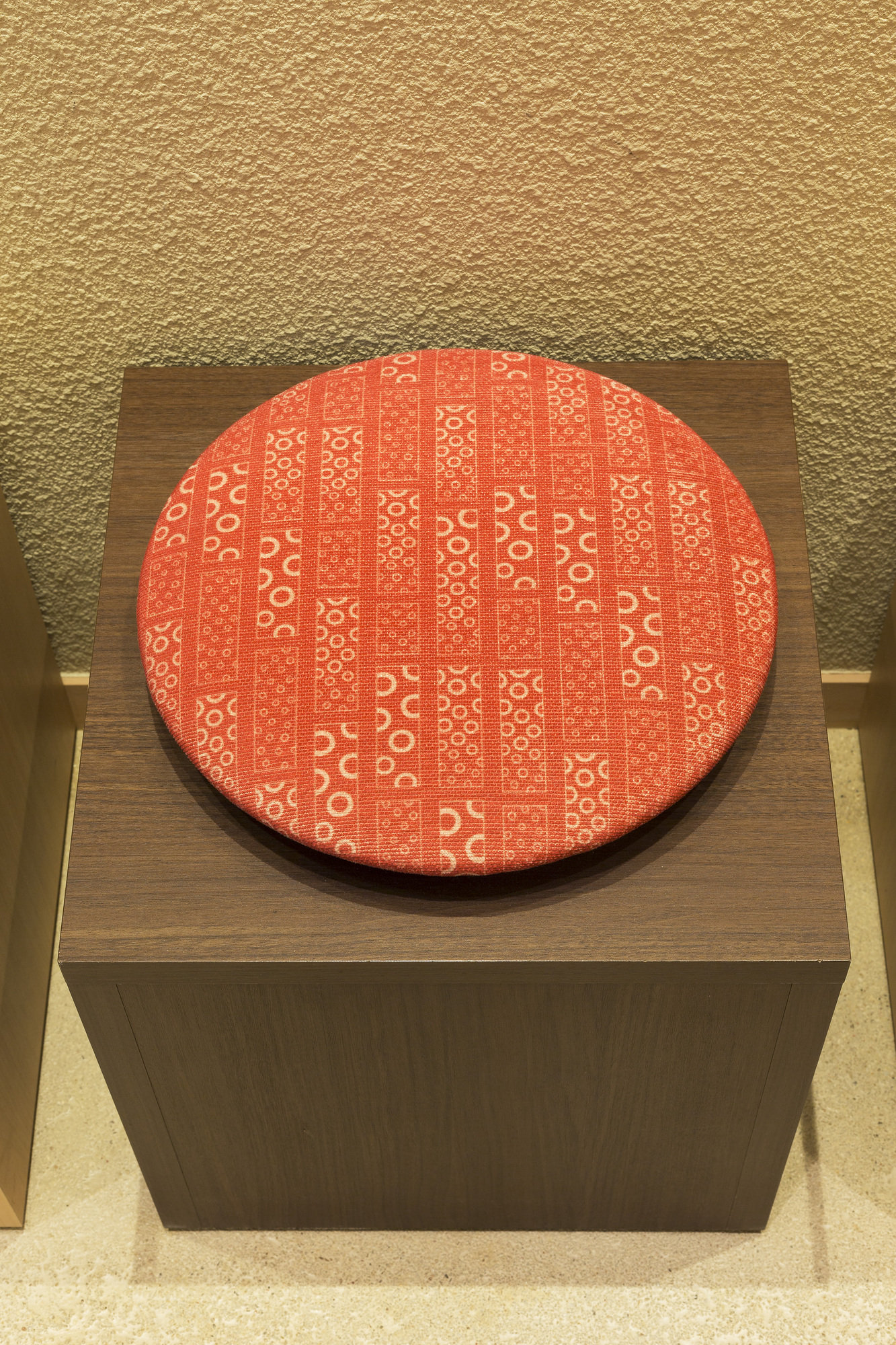 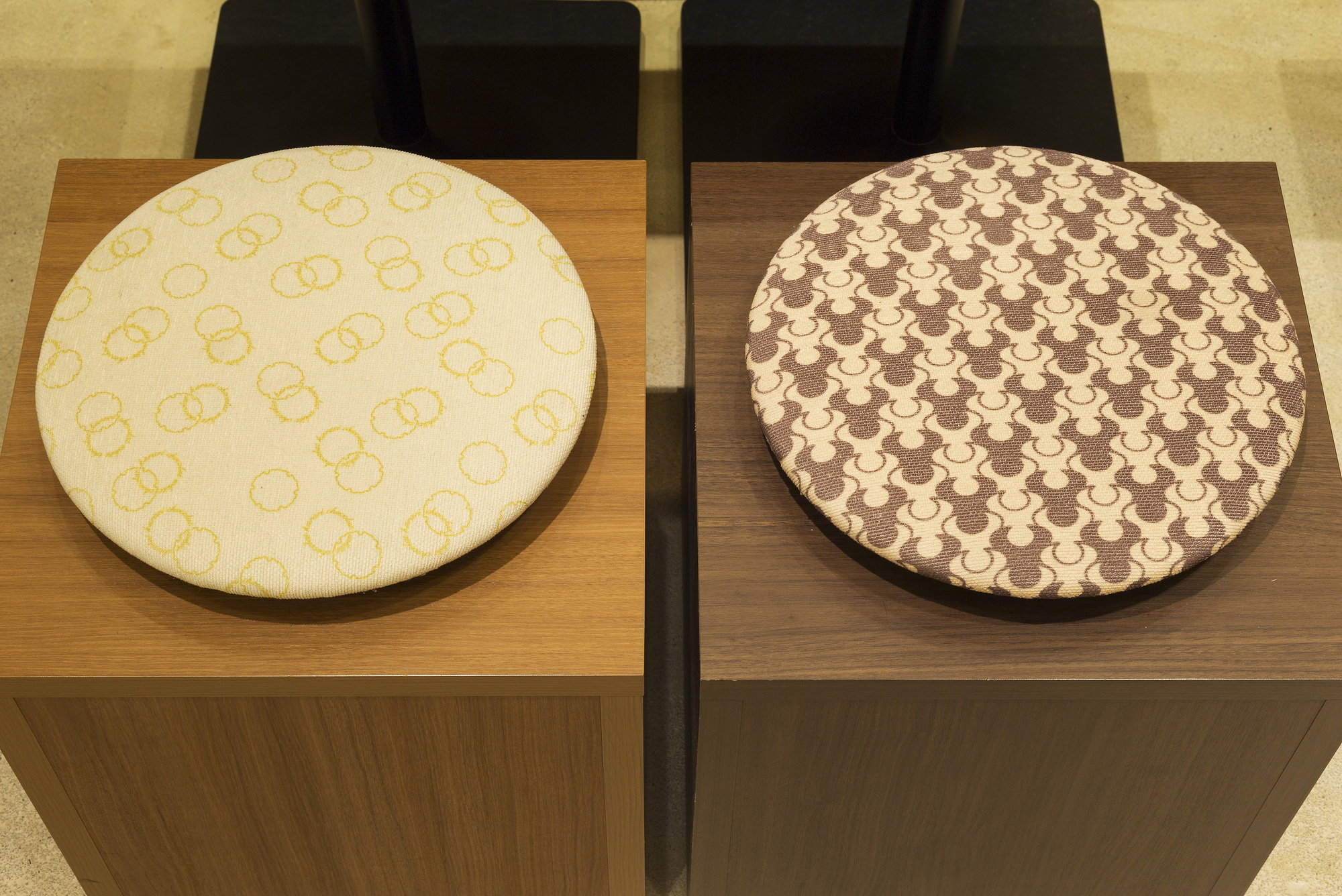 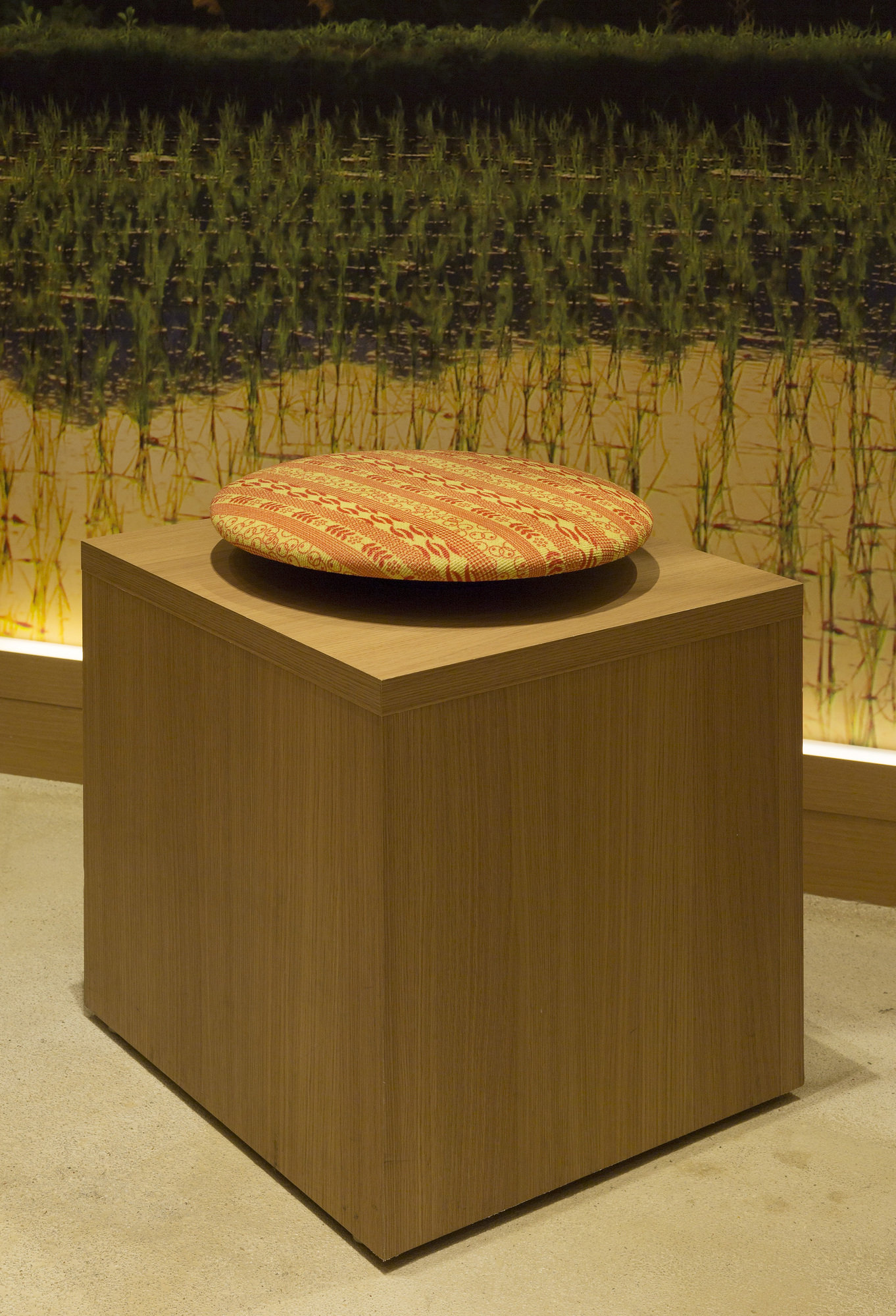 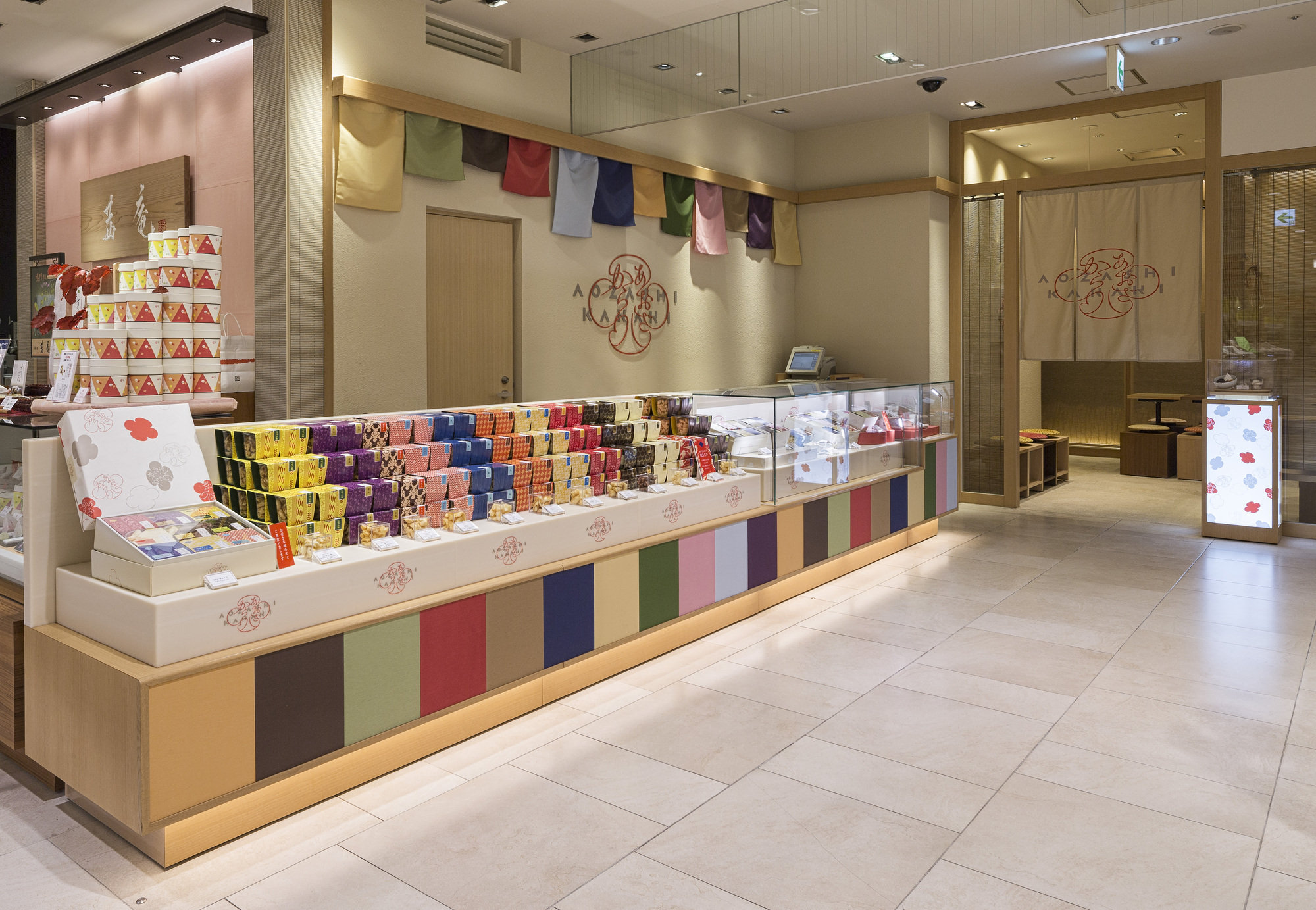 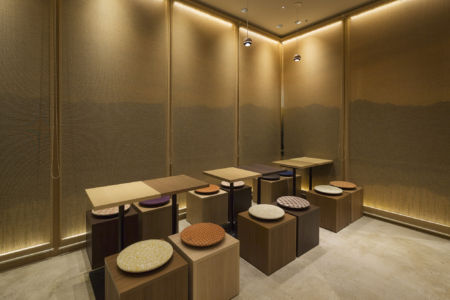 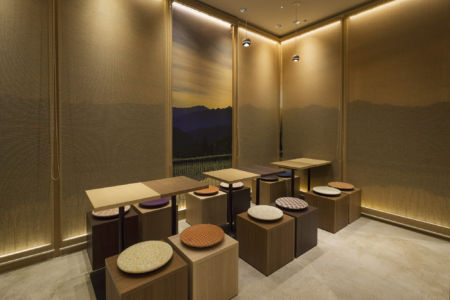 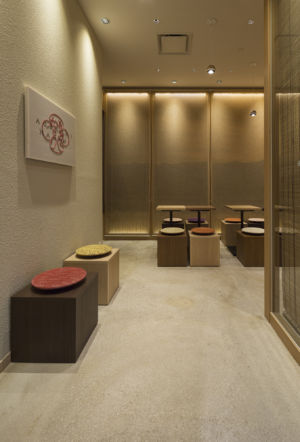 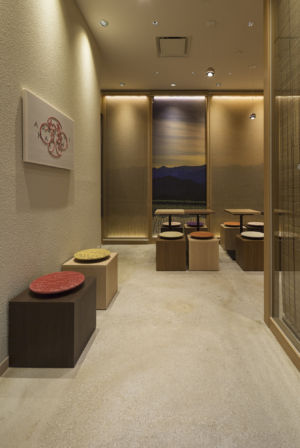 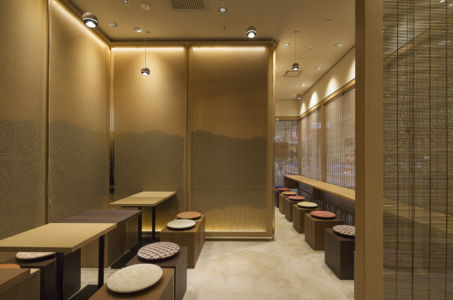 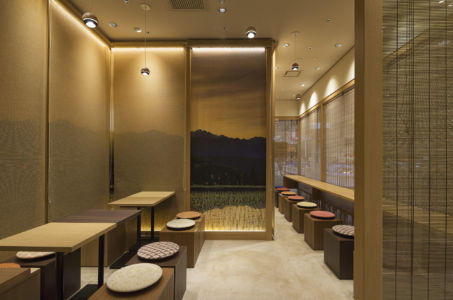 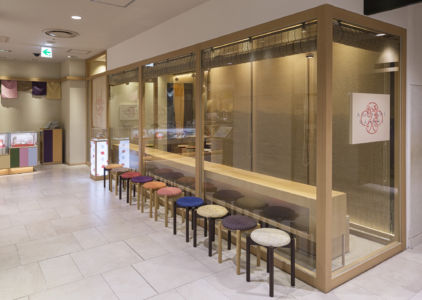 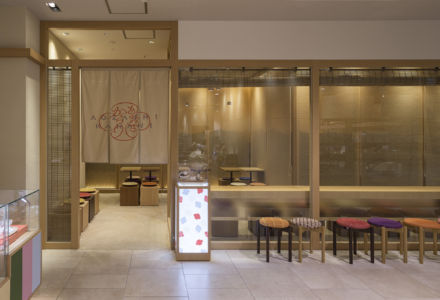 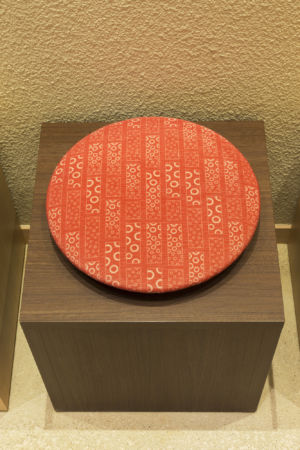 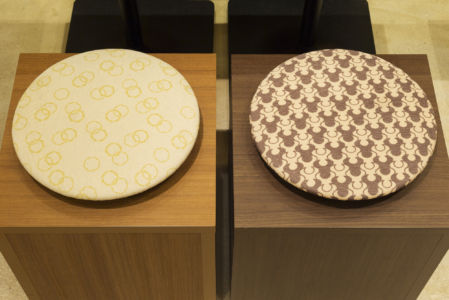 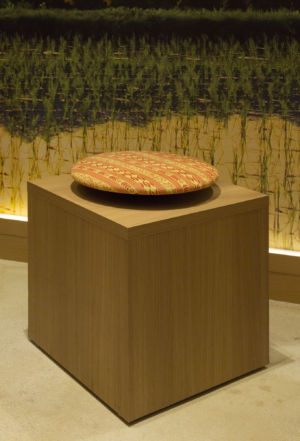 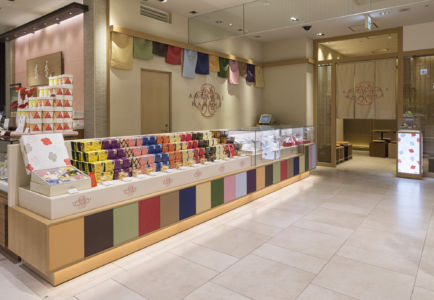 A teahouse is one of the common resting places from the Middle Ages to the modern world in Japan.

At the end of the Middle Ages a new teahouse appeared and there people could drink tea and take a break. After that, in the Edo period (1603-1867), the teahouse developed not only into a kind of restaurant or deli store but also into a cafeteria alongside the highway or urban area, a waiting place, an information desk that arranged courtesans for customers, a theatre cafe and a Sumo information office. In addition, another teahouse developed into a kind of sweet shop that provided the resting place and at the same time offered the Japanese sweet and tea.

I attempted to reproduce the “Teahouse” with great hospitality as a first cafe of Aozashikarari that has ran the counter shops for selling their rice crackers before.

There the guest can see the drawings representing Japanese landscape of the countryside through the reed screens, which gives depth to the interior space.
Moreover, I considered this cafe space itself as a showcase and adopted the package graphic for the fabric of the chairs.