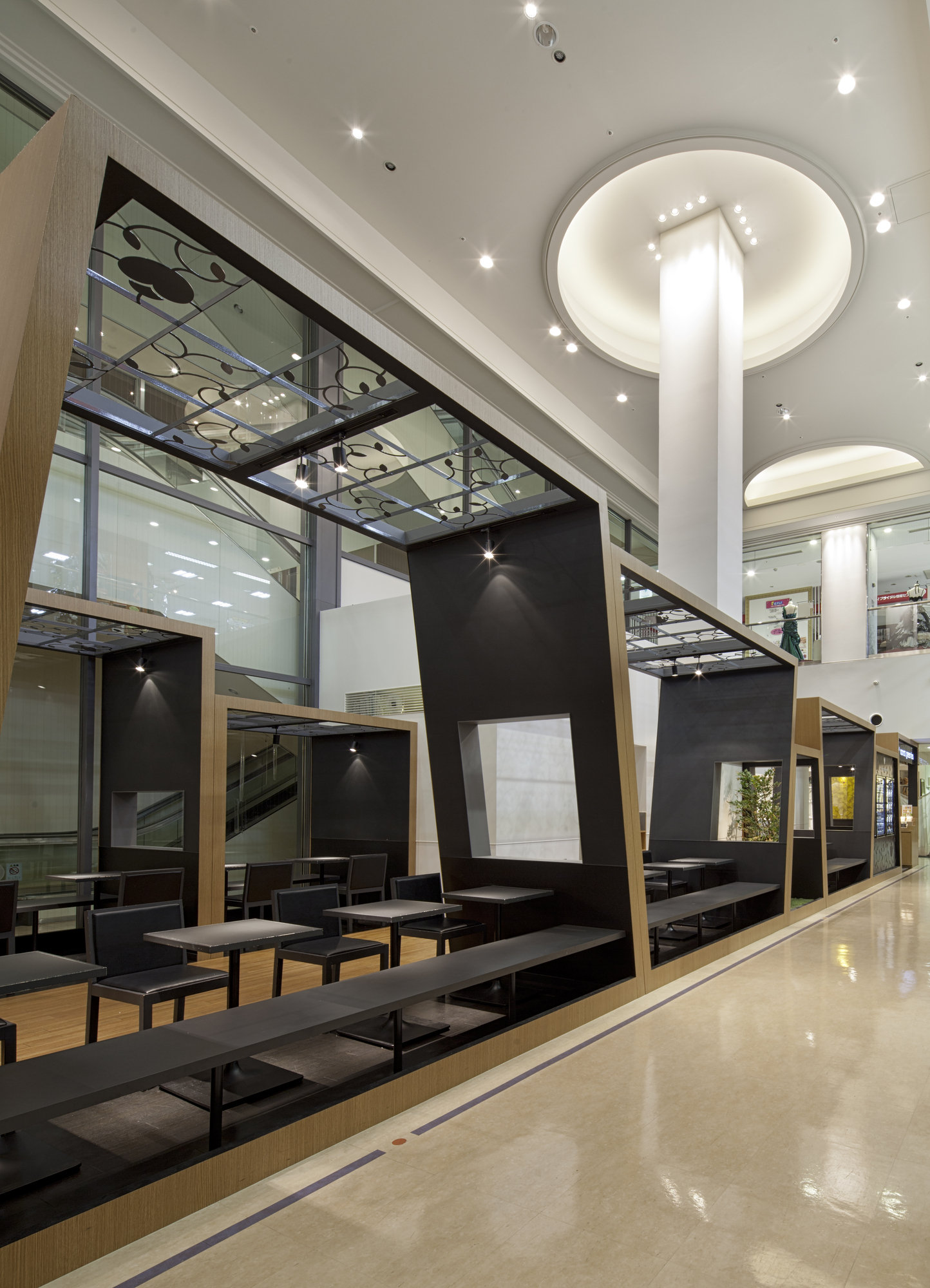 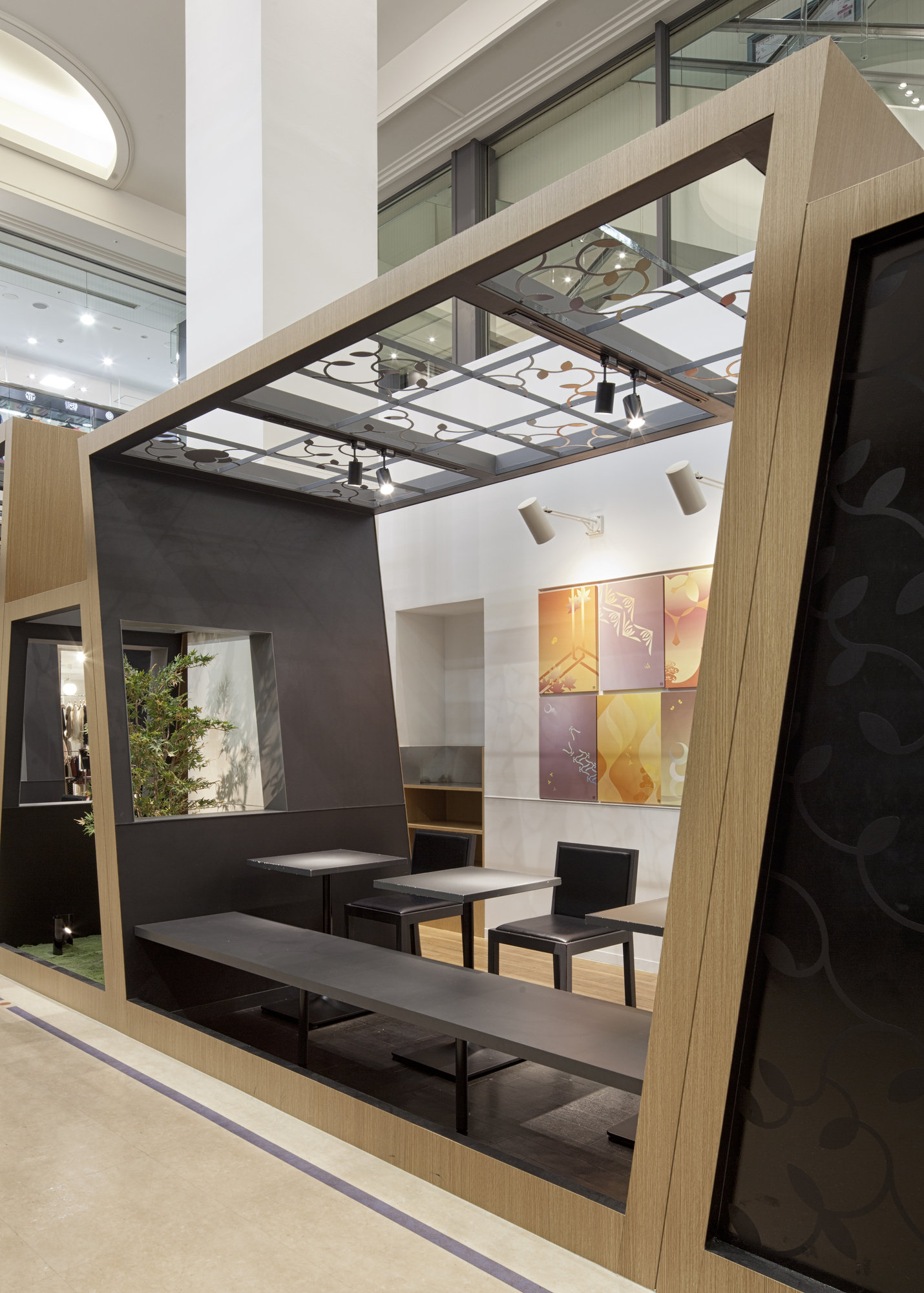 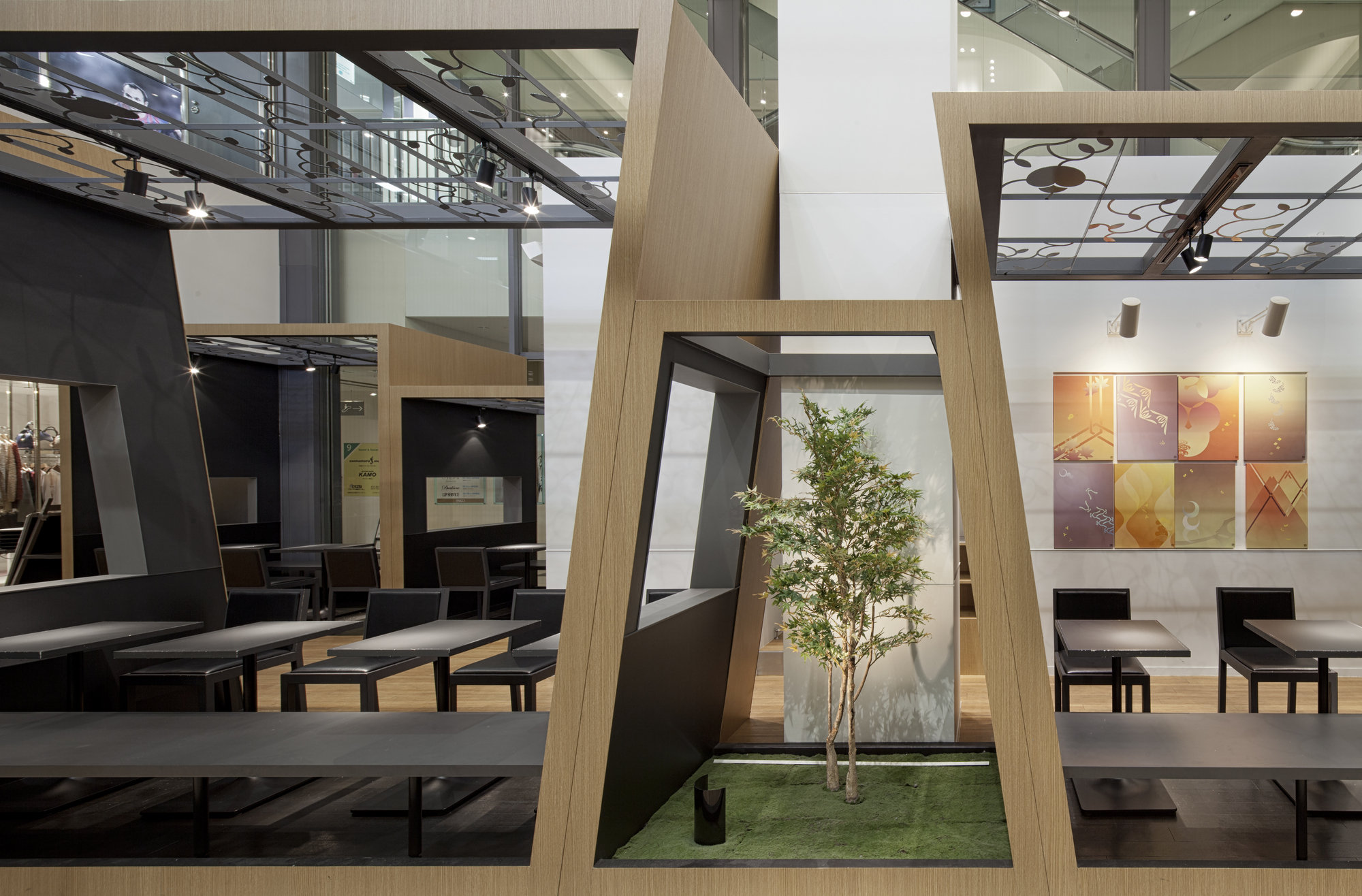 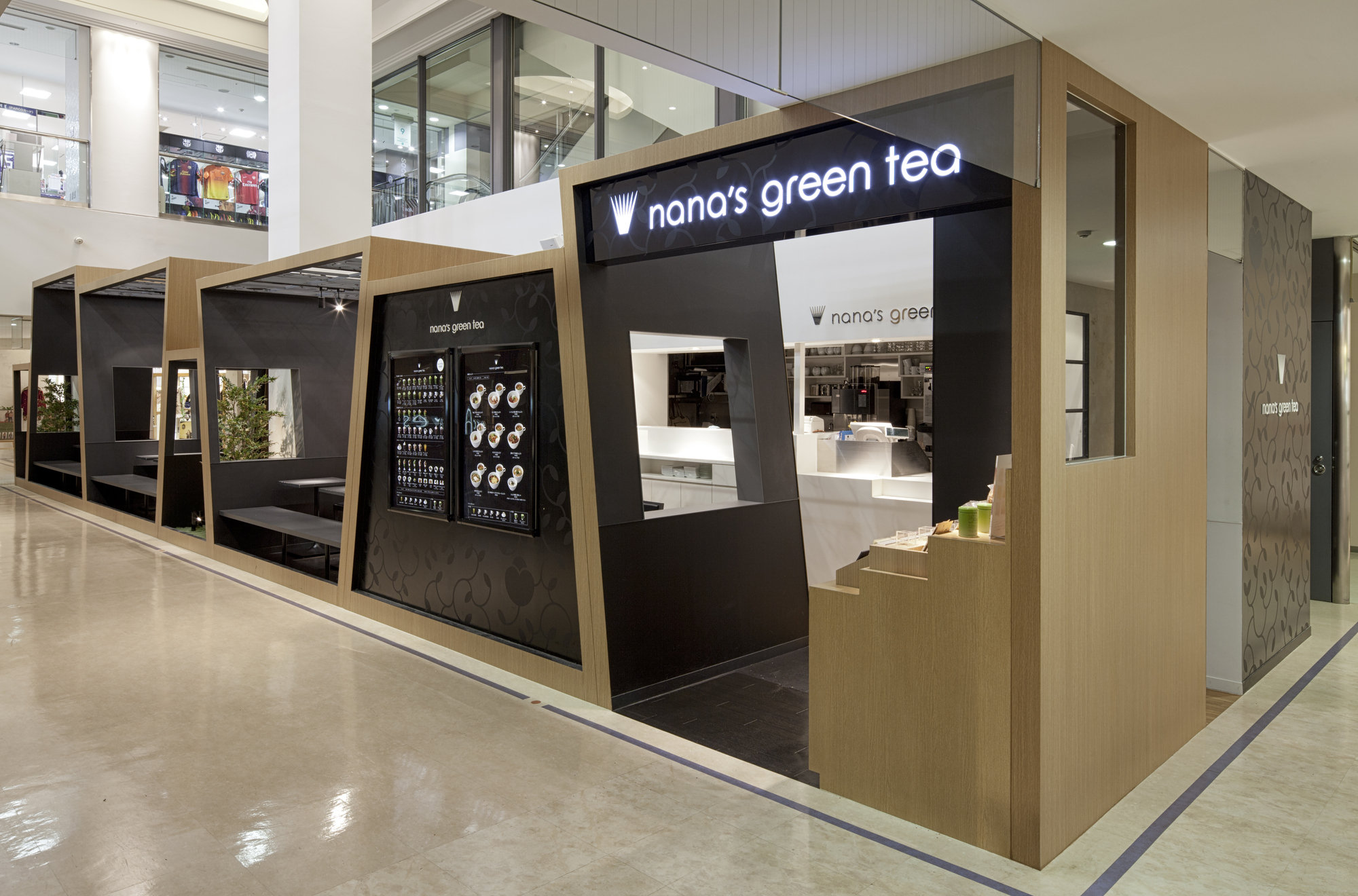 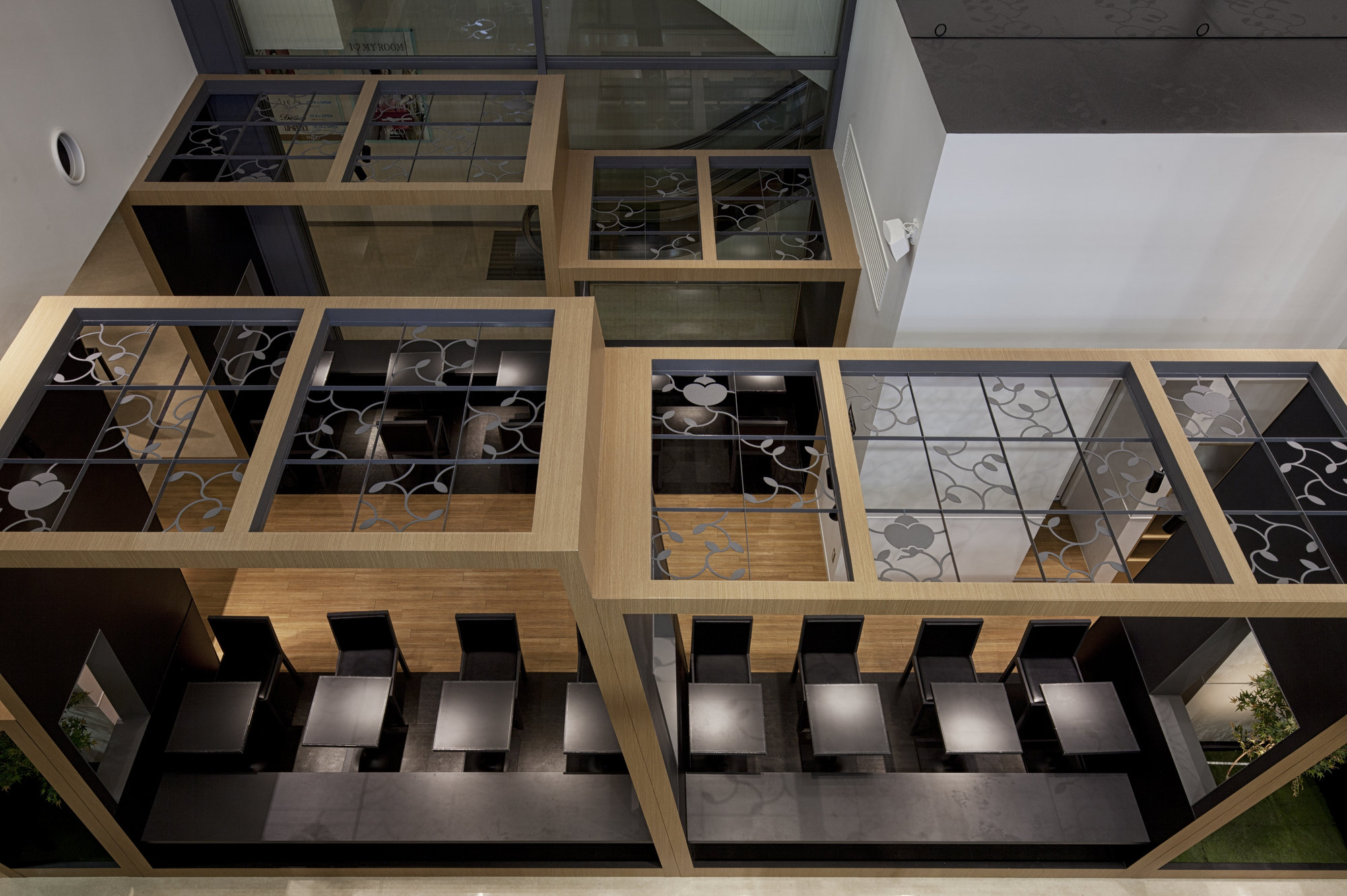 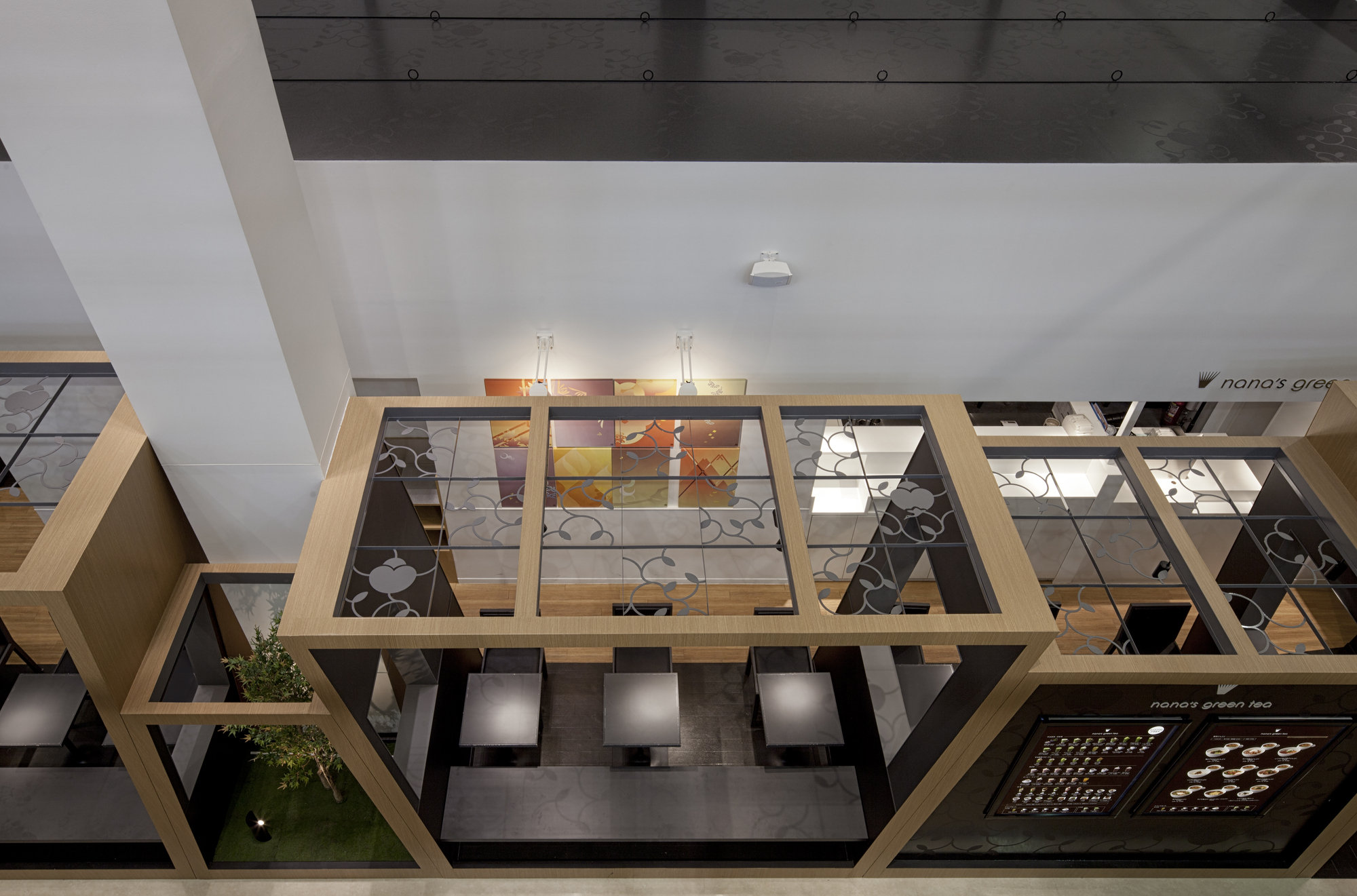 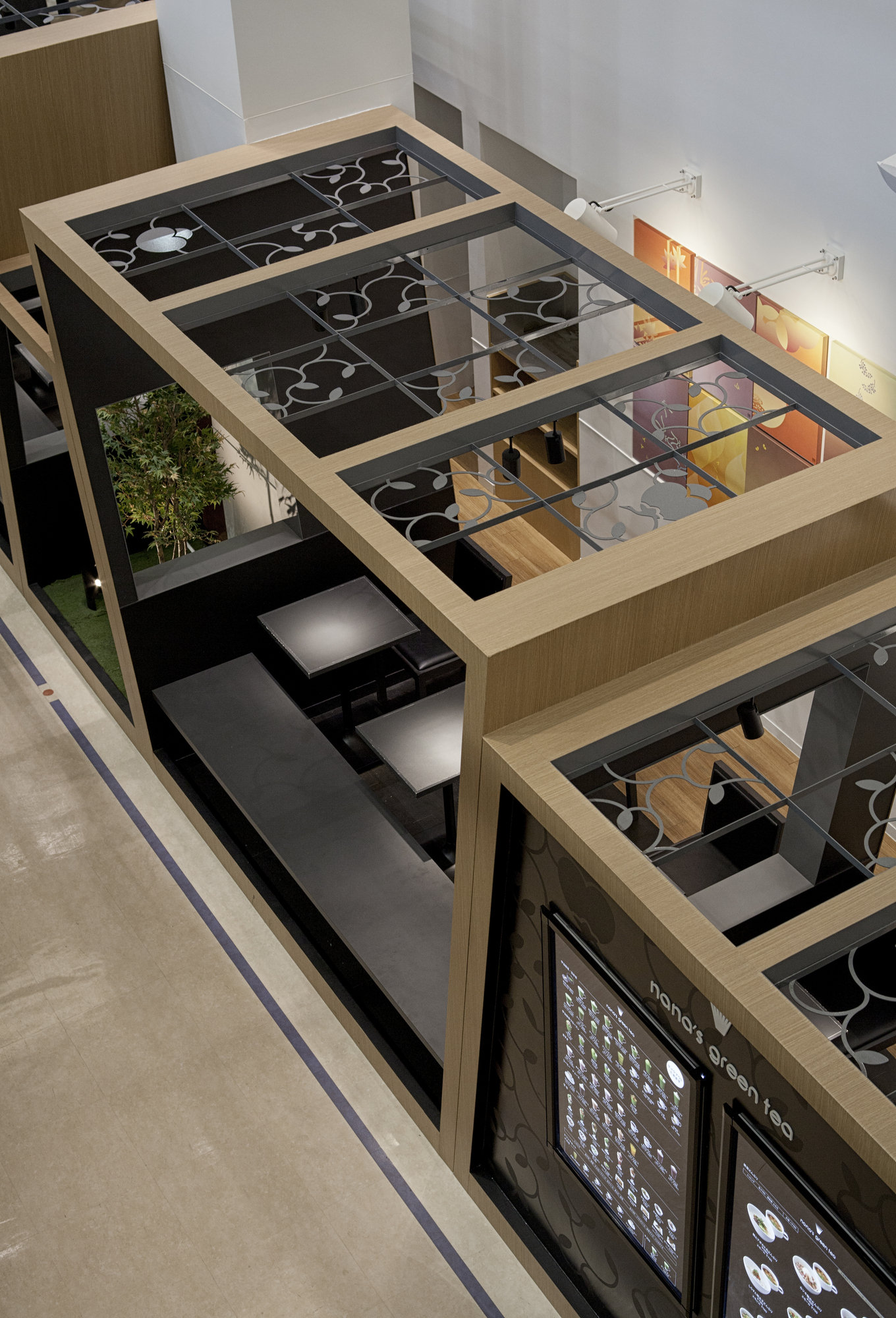 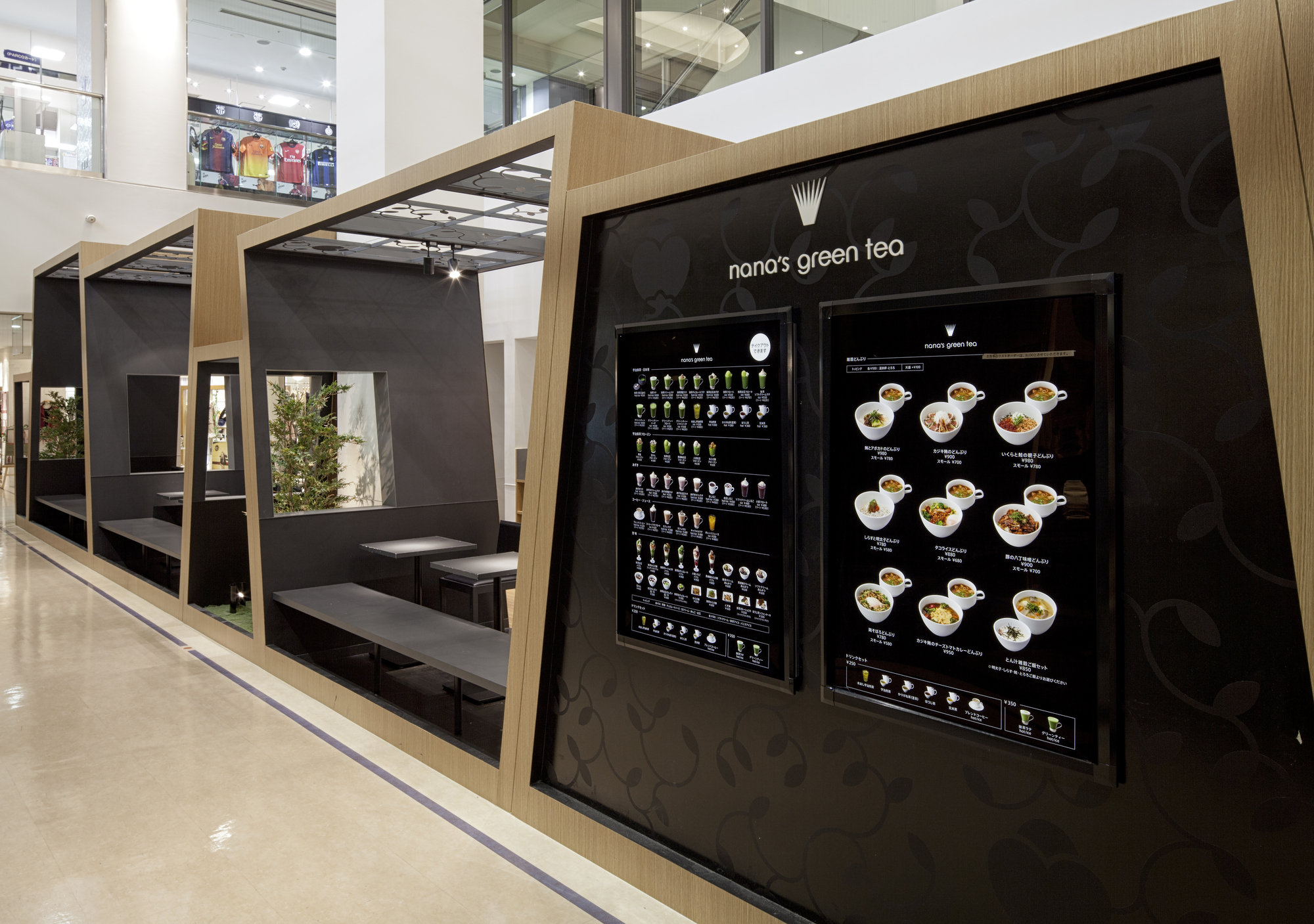 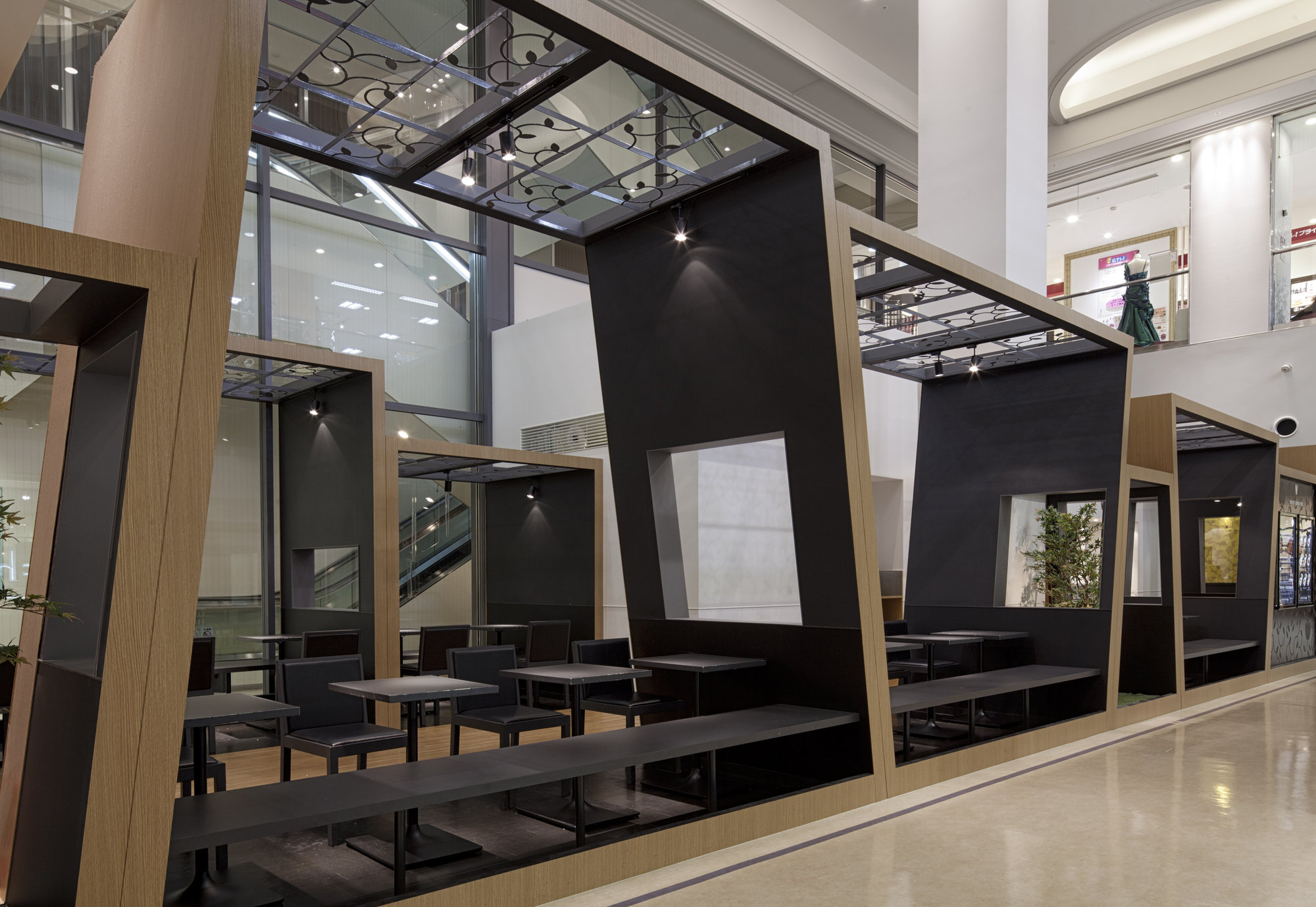 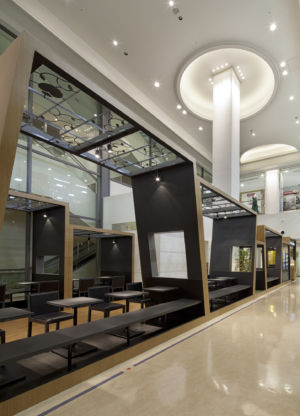 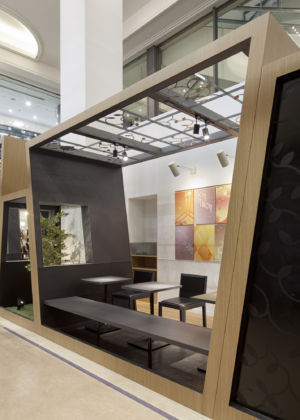 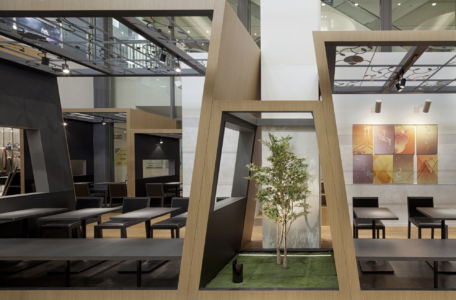 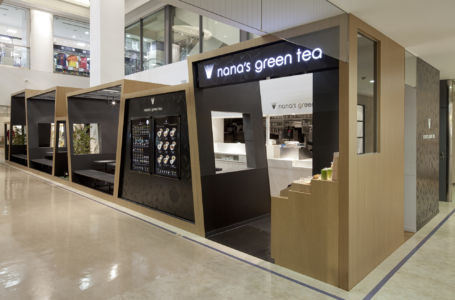 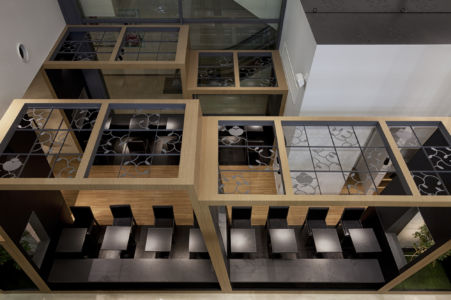 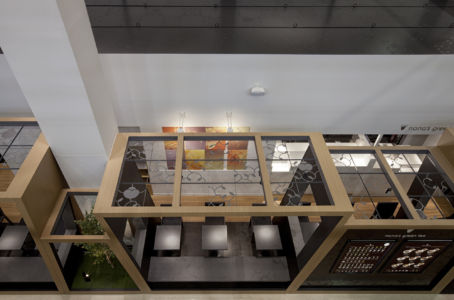 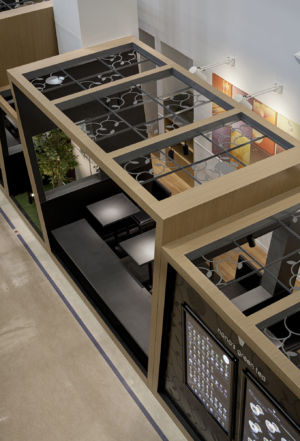 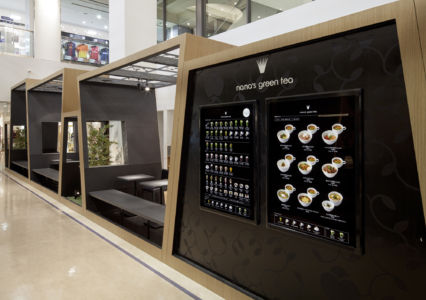 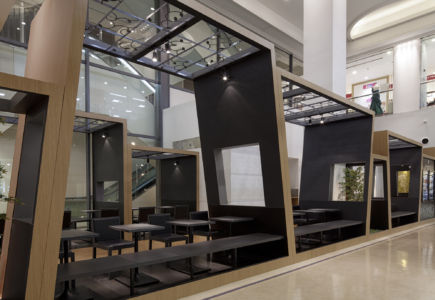 Rotekian was a tea room in Fushimi castle in Kyoto before but from the late 16th century to the early 17th century was moved through Kyoto Honganji temple because Oribe Furuta liked a lot and afterward reconstructed in Mukoujima.
In this tea room there is a skylight to light small kitchen in a tea ceremony and shelf. This skylight also adjusts the amount of light and gives a sense of opening out.

The times of Rikyu Senno (the mid-16th century) they tended to simplify the tea room, but the times of Oribe Furuta and Ensyu Kobori (from the late 16th century to the early 17th century) the shape and size of window had been changed to look for opening more out.

In nana’s green tea Hiroshima Parco shop is in wellhole style space so that it can be seen from the upper part. Considering this point we propose a contemporary style tea rooms that each part has a big skylight with being inserted a pattern like an art of paper-cutting of Cyatsuru to get a sense of opening out and to adjust the amount of light.