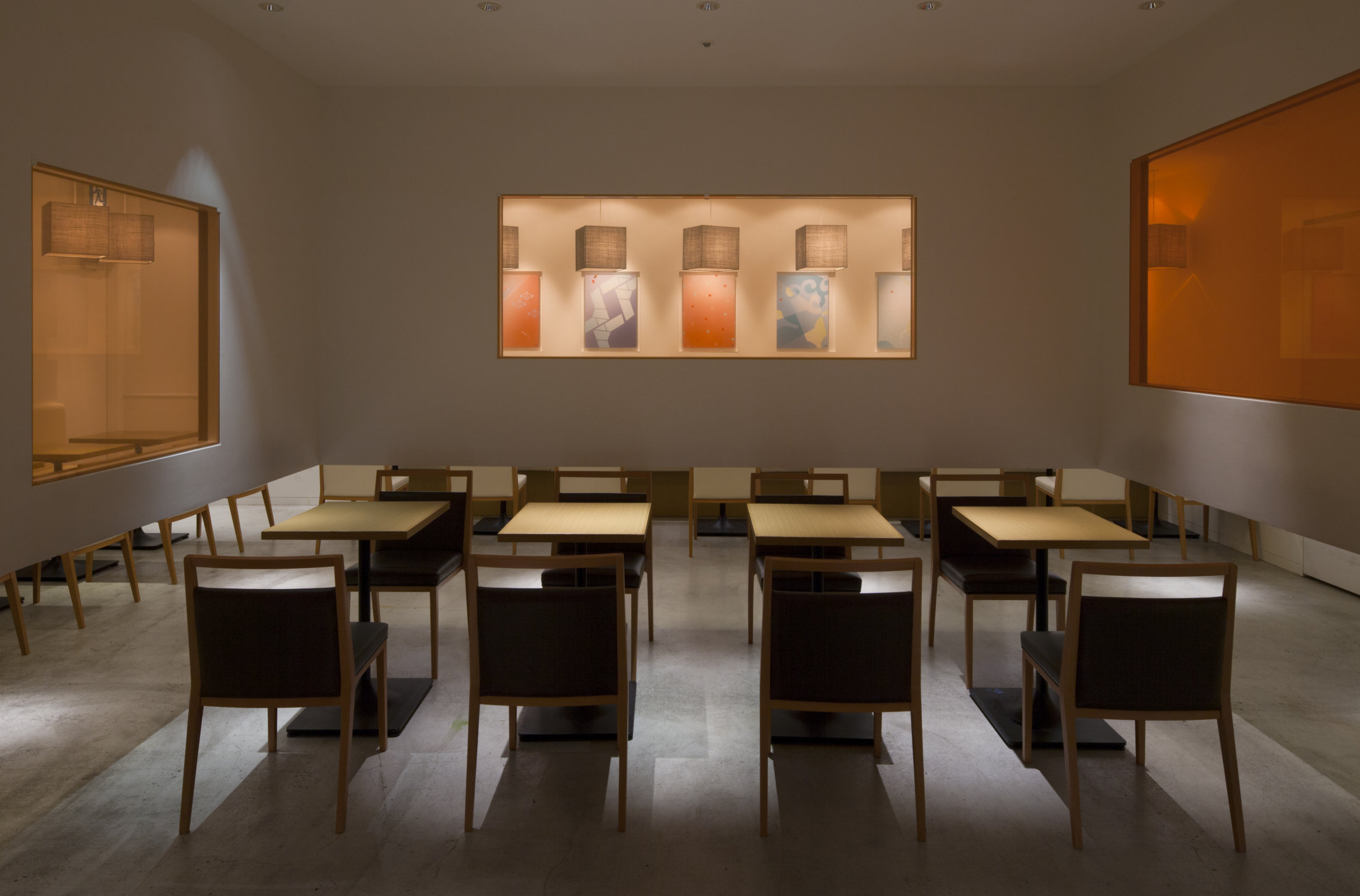 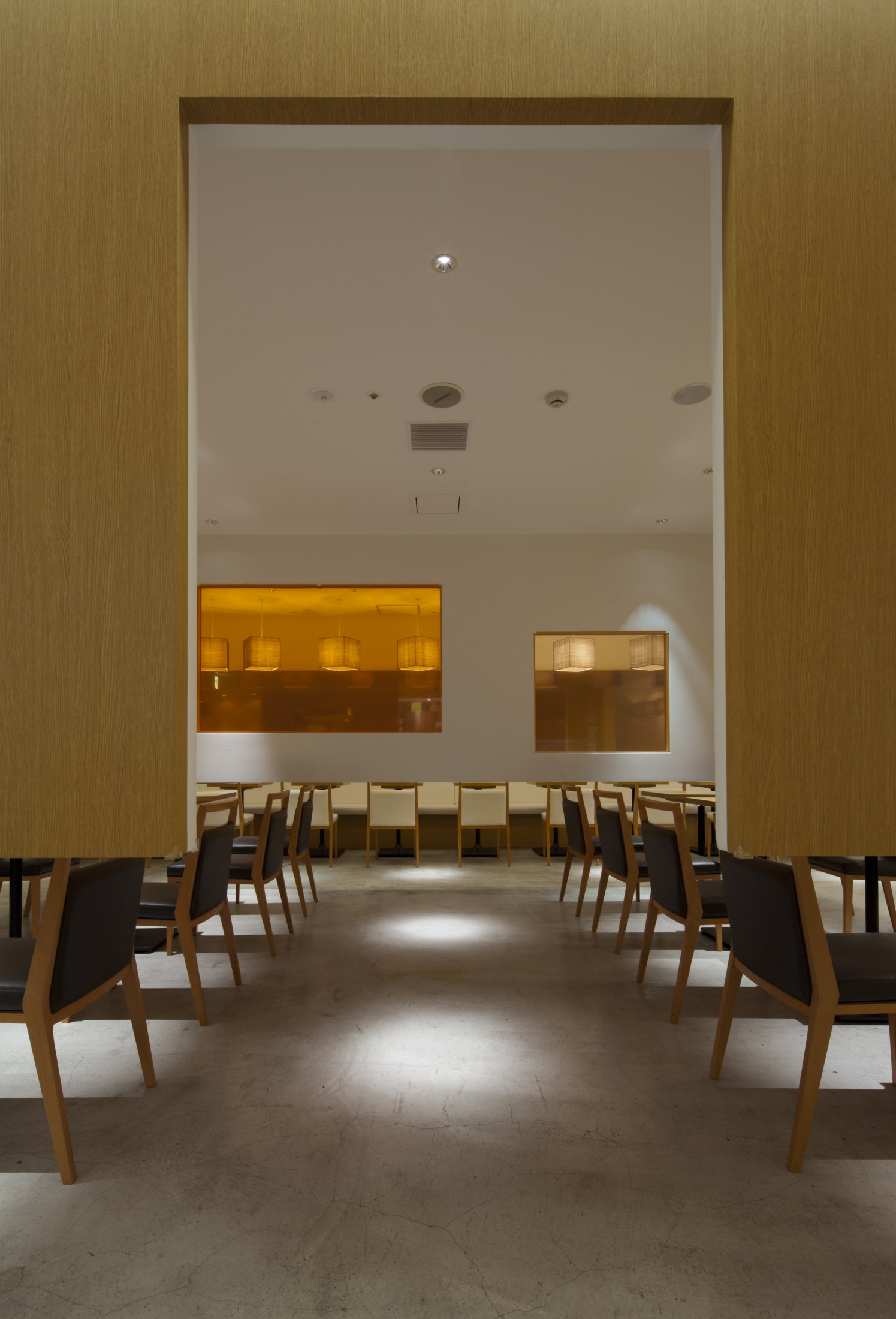 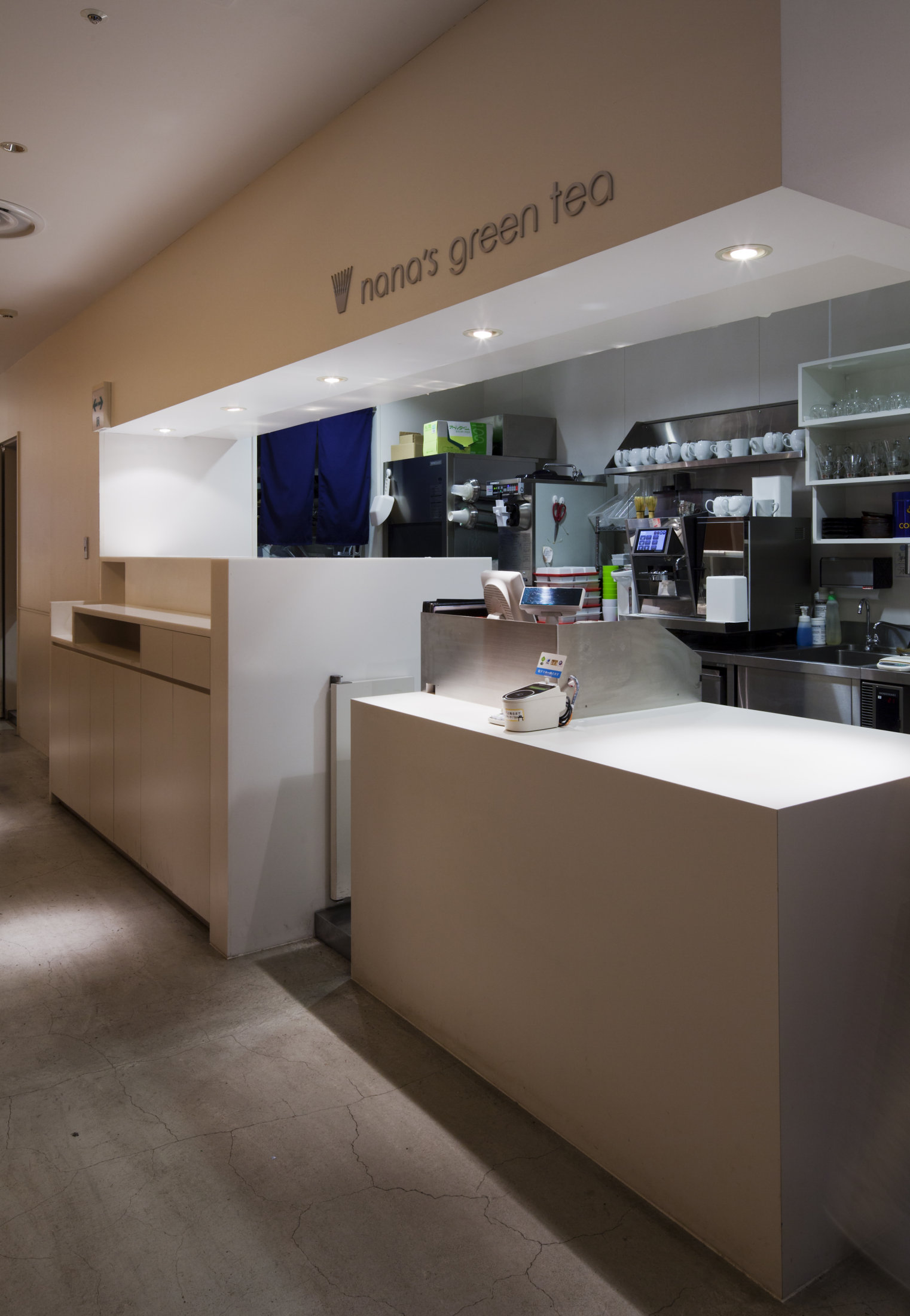 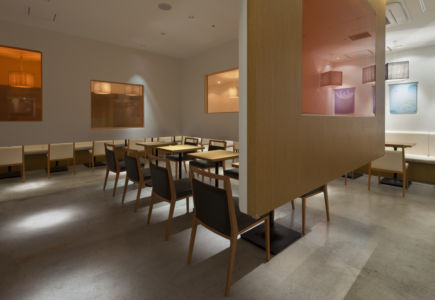 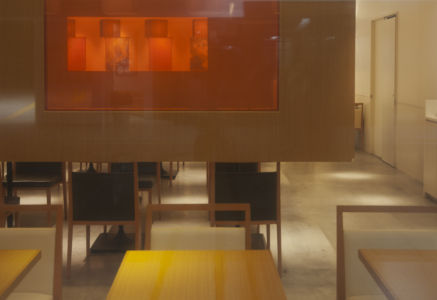 In Sapporo, there is a tea room that is located at Japan’s northernmost (Hasso-an, designed by Masakazu Kobori). Masakazu Kobori, who is known as “kirei-sabi” (beautiful-sabi), has made tea rooms that are bright and open with a lot of windows. Also, Masakazu Kobori’s famous architectural style is adopting straight lines in gardens.

Therefore, for nana’s green tea Sapporo PASEO shop, I have suggested to adapt the architectural style of Hasso-an, which is the most popular building in Sapporo and make eight “windows” to connect the customers and the store. Actually, I put “special cutting sheets” with different colors and transparency on each window. According to the angle that you will be looking from, the windows will reflect in eight different ways, creating a different space under each window.

Originally, the windows of tea rooms were made “to bring in the light” and “to bring in the view of the garden”, but in nana’s green tea Sapporo Paseo shop, I have added a new element, which is “to connect inside and outside”.